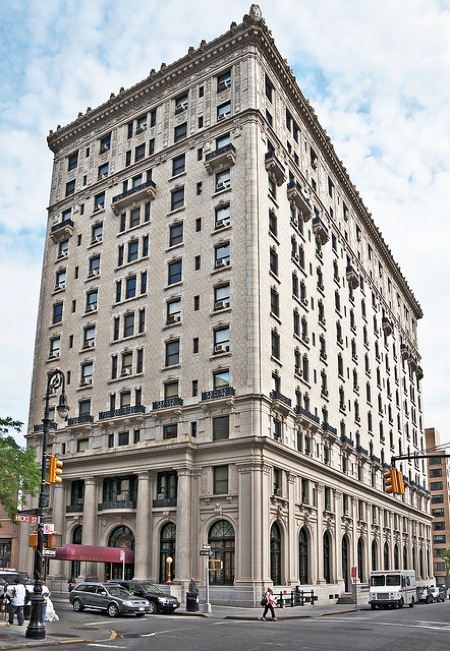 The Hotel Bossert was built in 1909 by Louis Bossert, a Brooklyn lumber magnate, as a residential hotel in Brooklyn Heights. The historic 14-story, 224-room hotel, once referred to as the “Waldorf-Astoria of Brooklyn,” was owned by the Jehovah’s Witnesses since 1984.

The Brooklyn Dodgers celebrated their first and last World Series championship when they beat the New York Yankees in 1955. In the lobby of the Hotel Bossert, delirious Dodger fans celebrated by singing “For He’s A Jolly Good Fellow” for Walter Alston, the Dodger’s manager. Jackie Robinson, Pee Wee Reese and Gil Hodges were present to celebrate.

The Bossert was once known for its famous Marine Roof, a two-level rooftop restaurant and nightclub with a nautical motif designed by Joseph Urban which had magnificent views of Manhattan. In the summer of 1933, Freddy Martin and his orchestra were playing for dancing at the Marine Roof. They were so well received that the following summer, Freddy Martin and orchestra were playing at the St. Regis Roof at the St. Regis Hotel in Manhattan.

At the end of 2009, the famous New York classical music station WQXR became a non-commercial, listener-supported station on 105.9 FM. Believe it or not, the station was first conceived by advertising executive Elliot Sanger and radio technician John Hogan over dinner at the Bossert in 1935. When the Brooklyn Dodgers ‘Boys of Summer’ relocated to Los Angeles, the Bossert was one of the several hotels that the Jehovah’s Witnesses acquired and renovated in Brooklyn Heights during the 70s and 80s. By 1984, when the Witnesses purchased it, the building had been reduced to a sad condition by age and neglect. The Witnesses performed an excellent restoration, reproducing the mahogany windows and replacing 2,500 square feet of Bottachino Classico marble with stone from the original Italian quarry. The restoration earned a “Preservation Award” from the New York Landmarks Conservancy in 1991 and a Special Award for Architectural Excellence from the Brooklyn Heights Association in 1993. When the Watchtower Society put the Bossert on the market, it was acquired by the real estate developers Joseph Chetrit and David Bistricer for an estimated $81 million in 2012. Three years later, they selected the Argentinian company Fën Hoteles to operate the landmark Hotel Bossert under the name Esplendor Brooklyn.

The Hotel St. George and its adjacent buildings were built between 1885 and 1929. By then the St. George was the nation’s largest hotel with 2,623 rooms. The original ten-story hotel was developed by Captain William Tumbridge who served in the Union Navy in the Civil War. It was designed by architect Augustus Hatfield and later expanded by Tumbridge with adjacent buildings designed by architect Montrose Morris.

The St. George complex occupies a full city block and its 30-story main building, St. George Tower, is now a residential cooperative building. It once attracted politicians, movie stars, celebrities, athletes and every presidential candidate. Remember that Brooklyn by itself would be the fourth largest city in the United States.

As reported by Christopher Gray, the well-informed New York Times Streetscapes columnist on December 29, 2002: “Like other hotels before the advent of the better-class apartment building, the St. George offered shelter to both transients and permanent residents. The 1905 census records the family of prominent chinaware merchant Theodore Ovington, including his daughter Mary White Ovington, 40, a Radcliffe graduate. In 1909, she was one of the founders of the National Association for the Advancement of Colored People (NAACP); her 1911 book Half a Man cast light on the troubles faced by African Americans.”

In 1914, Mary Ovington wrote How the National Association for the Advancement of Colored People Began and in 1927, Portraits in Color about James Weldon Johnson, Marcus Garvey, W.E.B. DuBois, George Washington Carver, Langston Hughes, Paul Robeson and 14 other distinguished African Americans.

By 1922, the large real estate development firm of Bing & Bing acquired the hotel, and in 1928 had architect Emery Roth design a 30-story 1,000-room addition.

During the hotel’s heyday from the 1930s to the 1950s, Presidents Roosevelt, Truman, Kennedy and Johnson spent the night. Other celebrities included F. Scott Fitzgerald, Thomas Wolfe, abolitionist Henry Beecher and Truman Capote. The world-renowned Colorama Ballroom, illuminated with 1,000 multicolor bulbs, attracted young people from Manhattan to dance to popular orchestras. The complex included stores of all kinds, restaurants, a movie theater, 14 meeting and banquet halls and the largest salt water swimming pool in the United States. Black and white photographs on the walls of the fitness center memorialized pool visits by Esther Williams, Johnny Weismuller and Buster Crabbe. The spa included steam rooms, sun lamps, and antique reducing machines, one of which applied a vibrating hip sling and another concealed all but the head of its victim in a zip-front canvas bag.

In 1995, after years of deterioration and foreclosure, a serious fire destroyed the original building and damaged the surrounding structures including the tower building. After repair, the St. George Tower is now a residential cooperative building. The Weller Wing of the St. George, once the hotel entrance, is now part of Educational Housing Services (EHS) which provides dormitory services to 1200 university students in the New York City area.

On March 28, 2010 the following news item appeared in the New York Times:

For co-ops desperate for new ways to increase income, consider what the St. George Tower in Brooklyn Heights has decided to do. The co-op board for the Tower, a 27-story building at 111 Hicks Street, looked up one day and decided to sell the enclosed former home of the building’s water tanks for the reuse as a 30th floor penthouse with a roof terrace. The price tag is $2.495 million.

The penthouse would be created in what is now raw industrial space with exposed pipes and walls. But it also has floor-to-ceiling arched windows and according to Kevin Brown, a senior vice president of Sotheby’s International Realty and the co-op’s broker, “drop-dead views” facing the harbor, Manhattan and brownstone Brooklyn. “Your breath is taken away when you look out those windows,” Mr. Brown said. He said the board found a clever way to create value where there had been none before, and spent months getting approval from the attorney general’s office and the city buildings department before putting the space on the market.

The 66-by-53 foot space still has one remaining tank, which will be boxed in. The board has consulted with an elevator company to consider ways to bring one of the building’s elevators up to the 30th floor.

“Somebody is going to have to want a challenge to create something here,” Mr. Brown said. “But they will only be limited by their imagination and pocketbook.” 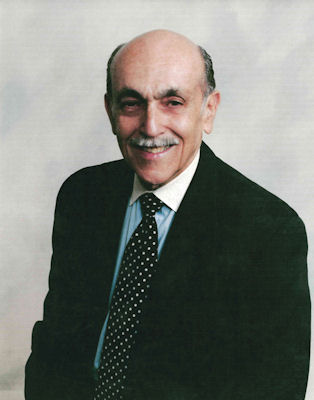