Nobody Asked Me, But… No. 263: Hotel History: Frederick Law Olmsted

Home/Nobody Asked Me, But… No. 263: Hotel History: Frederick Law Olmsted

Nobody Asked Me, But… No. 263: Hotel History: Frederick Law Olmsted 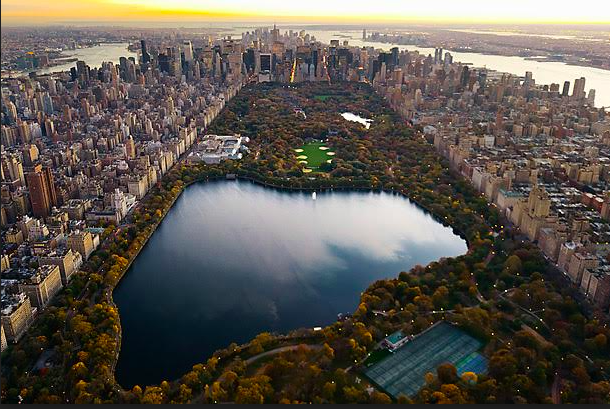 Landscape Architect: Frederick Law Olmsted was an American landscape architect, journalist, social critic, and public administrator. He is considered to be the father of landscape architecture. Olmsted was famous for co-designing many well-known urban parks with his partner Calvert Vaux. Olmsted and Vaux’s most famous achievement was Central Park in New York City which resulted in many other urban park designs, including Prospect Park in what is now the Borough of Brooklyn in New York City and Cadwalader Park in Trenton. Olmsted was called by Charles Eliot Norton “the greatest artist that America has yet produced”. His ‘A Journey in the Sea-board Slave States’ was originally published in 1856 and arose from journeys in the south which Olmsted, a passionate abolitionist had undertaken in 1853-1854.

Other projects that Olmsted was involved in include the country’s first and oldest coordinated system of public parks and parkways in Buffalo, New York; the country’s oldest state park, the Niagara Reservation in Niagara Falls, New York; one of the first planned communities in the United States, Riverside, Illinois; Mount Royal Park in Montreal, Quebec; The Institute of Living in Hartford, Connecticut; Waterbury Hospital in Waterbury, Connecticut; the Emerald Necklace in Boston, Massachusetts; Highland Park in Rochester, New York; the Grand Necklace of Parks in Milwaukee, Wisconsin; Cherokee Park and parks and parkway system in Louisville, Kentucky; Walnut Hill Park in New Britain, Connecticut, the Biltmore Estate in Asheville, North Carolina; the master plans for the University of California, Berkeley, the University of Maine, Stanford University near Palo Alto, California, and The Lawrenceville School; and Montebello Park in St. Catharines, Ontario. In Chicago his projects include: Jackson Park; Washington Park; the main park ground for the 1893 World’s Columbian Exposition; the south portion of Chicago’s “emerald necklace” boulevard ring; and the University of Chicago campus. In Washington, D.C., he worked on the landscape surrounding the United States Capitol building.

The quality of Olmsted’s landscape architecture was recognized by his contemporaries, who showered him with prestigious commissions. Daniel Burnham said of him, “He paints with lakes and wooded slopes; with lawns and banks and forest-covered hills; with mountainsides and ocean views …” His work, especially in Central Park, set a standard of excellence that continues to influence landscape architecture in the United States. He was an early and important activist in the conservation movement, including work at Niagara Falls; the Adirondack region of upstate New York; and the National Park system; and though little known, played a major role in organizing and providing medical services to the Union Army in the Civil War.

Olmsted was born in Hartford, Connecticut, on April 26, 1822. His father, John Olmsted, was a prosperous merchant who took a lively interest in nature, people, and places; Frederick Law and his younger brother, John Hull, also showed this interest. His mother, Charlotte Law (Hull) Olmsted, died before his fourth birthday. His father remarried in 1827 to Mary Ann Bull, who shared her husband’s strong love of nature and had perhaps a more cultivated taste.

When the young Olmsted was almost ready to enter Yale College, sumac poisoning weakened his eyes, so he gave up college plans. After working as an apprentice seaman, merchant, and journalist, Olmsted settled on a 125-acre farm in January 1848 on the south shore of Staten Island, New York, a farm which his father helped him acquire.

On June 13, 1859, Olmsted married Mary Cleveland (Perkins) Olmsted, the widow of his brother John (who had died in 1857). He adopted her three children, John Charles Olmsted (born 1852), Charlotte Olmsted (who later married a Bryant), and Owen Olmsted.

Frederick and Mary also had two children together who survived infancy; a daughter, Marion (born October 28, 1861), and a son Frederick Law Olmsted Jr., born in 1870. Their first child, John Theodore Olmsted, was born on June 13, 1860, and died in infancy.

Olmsted had a significant career in journalism. In 1850 he traveled to England to visit public gardens, where he was greatly impressed by Joseph Paxton’s Birkenhead Park. He subsequently wrote and published Walks and Talks of an American Farmer in England in 1852.

Interested in the slave economy, he was commissioned by the New York Daily Times (now The New York Times) to embark on an extensive research journey through the American South and Texas from 1852 to 1857. His dispatches to the Times were collected into three volumes (A Journey in the Seaboard Slave States (1856), A Journey Through Texas (1857), A Journey in the Back Country in the Winter of 1853-4 (1860).

Olmsted thought that the lack of a Southern white middle class and the general poverty of lower-class whites prevented the development of many civil amenities which were taken for granted in the North.

The citizens of the cotton States, as a whole, are poor. They work little, and that little, badly; they earn little, they sell little; they buy little, and they have little – very little – of the common comforts and consolations of civilized life. Their destitution is not material only; it is intellectual and it is moral … They were neither generous nor hospitable and their talk was not that of evenly courageous men.

Andrew Jackson Downing, the charismatic landscape architect from Newburgh, New York, was one of the first to propose developing New York’s Central Park in his role as publisher of The Horticulturist magazine. A friend and mentor to Olmsted, Downing introduced him to the English-born architect Calvert Vaux, whom Downing had brought to the U.S. as his architectural collaborator. After Downing died in July 1852 in a widely publicized fire on the Hudson River steamboat Henry Clay, Olmsted and Vaux entered the Central Park design competition together, against Egbert Ludovicus Viele among others. Vaux had invited the less experienced Olmsted to participate in the design competition with him, having been impressed with Olmsted’s theories and political contacts. Prior to this, in contrast with the more experienced Vaux, Olmsted had never designed or executed a landscape design.

Their Greensward Plan was announced in 1858 as the winning design. On his return from the South, Olmsted began executing their plan almost immediately. Olmsted and Vaux continued their informal partnership to design Prospect Park in Brooklyn from 1865 to 1873. That was followed by other projects. Vaux remained in the shadow of Olmsted’s grand public personality and social connections.

The design of Central Park embodies Olmsted’s social consciousness and commitment to egalitarian ideals. Influenced by Downing and his own observations regarding social class in England, China, and the American South, Olmsted believed that the common green space must always be equally accessible to all citizens, and was to be defended against private encroachment. This principle is now fundamental to the idea of a “public park”, but was not assumed as necessary then. Olmsted’s tenure as Central Park commissioner was a long struggle to preserve that idea.

Olmsted not only created numerous city parks around the country, he also conceived of entire systems of parks and interconnecting parkways to connect certain cities to green spaces. Some of the best examples of the scale on which Olmsted worked are the park system designed for Buffalo, New York, one of the largest projects; the system he designed for Milwaukee, Wisconsin, and the park system designed for Louisville, Kentucky, which was one of only four completed Olmsted-designed park systems in the world.

Olmsted was a frequent collaborator with architect Henry Hobson Richardson, for whom he devised the landscaping schemes for half a dozen projects, including Richardson’s commission for the Buffalo State Asylum. In 1871, Olmsted designed the grounds for the Hudson River State Hospital for the Insane in Poughkeepsie.

In 1883, Olmsted established what is considered to be the first full-time landscape architecture firm in Brookline, Massachusetts. He called the home and office compound Fairsted. It is now the restored Frederick Law Olmsted National Historic Site. From there Olmsted designed Boston’s Emerald Necklace, the campuses of Wellesley College, Smith College, Stanford University and the University of Chicago, as well as the 1893 World’s Fair in Chicago, among many other projects.

Frederick Law Olmsted is known as the “father of American Landscape Architecture.”