Nobody Asked Me, But… No. 256: Hotel History: Severin Hotel Indianapolis, Indiana

Nobody Asked Me, But… No. 256: Hotel History: Severin Hotel Indianapolis, Indiana 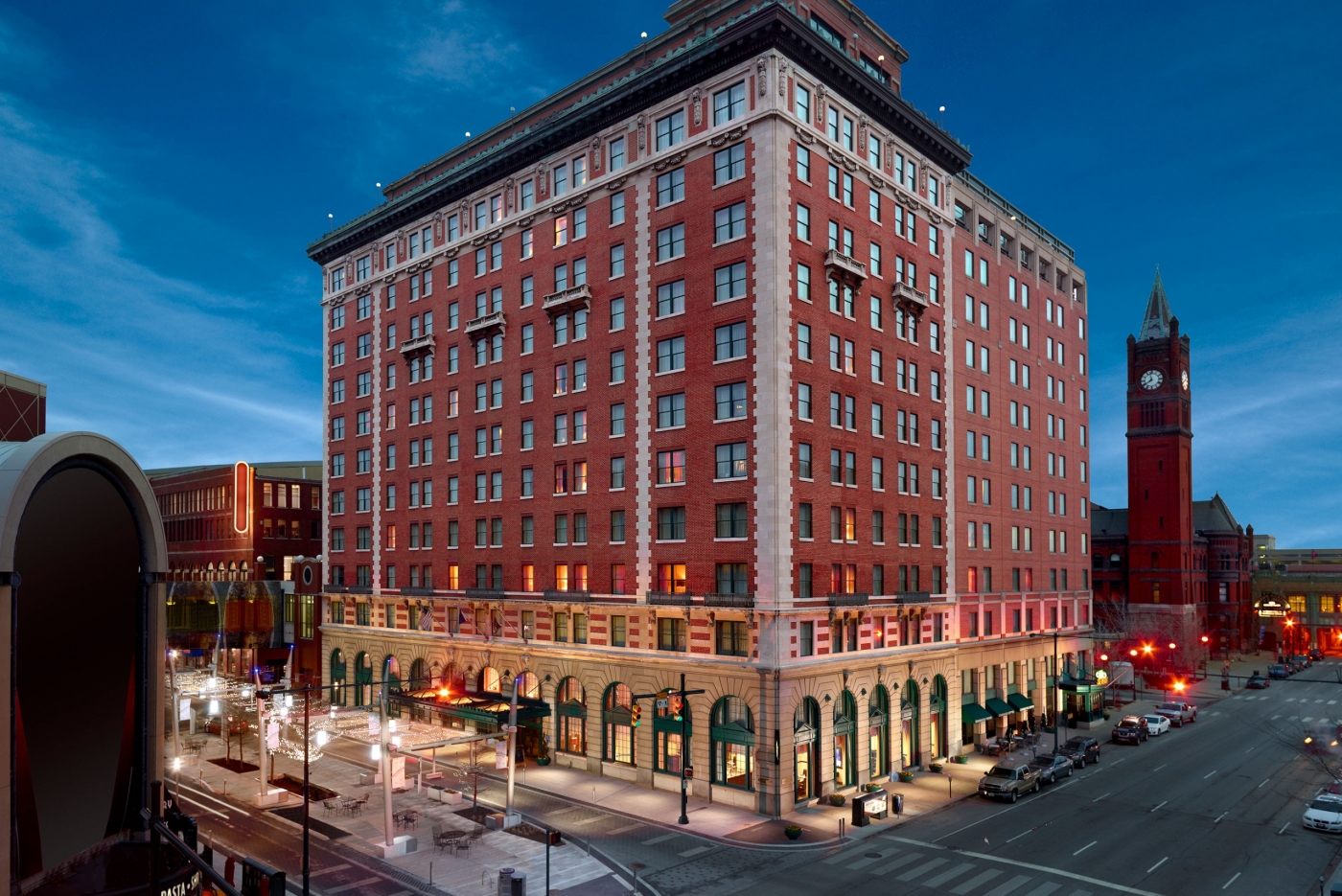 The original Hotel Severin opened in 1913 when it replaced the Grand Hotel of Indianapolis. Its location directly across Jackson Place from the Union Station made it the favorite hotel for passengers on the 300 daily trains. It was built by Henry Severin, Jr., the heir to a wholesale grocery fortune, with help from real estate developers Carl Graham Fisher and James A. Allison, who had built the famed Indianapolis Motor Speedway. The hotel was designed by Vonnegut and Bohn, an architectural firm active in early to mid-twentieth-century Indianapolis. When Bernard Vonnegut, Sr. died in 1908, he was succeeded by his son Kurt Vonnegut, Sr. who later became the father of Kurt Vonnegut, Jr., the famous novelist.

The Grand Hotel was built in 1876 and, at one point, was owned by Thomas Taggart who subsequently owned the French Lick Springs Hotel. Taggart later served as Mayor of Indianapolis and U.S. Senator from Indiana.

On February 19, 1905, a fire which started in the large wholesale millinery house of Fahnley & McCrea, spread to eight adjoining buildings including the Grand Hotel, then the largest hotel in Indiana. Within forty-five minutes, eight buildings in the threatened district had been totally destroyed. Although the property loss was placed at $1.1 million, the Grand Hotel was luckily saved from extensive damage.

The Severin Hotel occupies an imposing position in the Wholesale District skyline overlooking Union Station and most of the neighboring hotels. The twelve-story hotel is constructed of a reinforced concrete frame with brick curtain walls. Rectangular in plan, it is eleven bays wide along West Georgia Street and five bays along South Illinois and McCrea Streets. The first two floors are organized into a Renaissance scheme of monumental arch windows. From the third to the twelfth floor, rectangular windows follow a uniform grid pattern.

Several different owners managed the hotel until it was purchased in 1966 by Warren M. Atkinson who named it the Atkinson Hotel. In 1988, the Mansur Development Corporation bought the hotel and, after a $40 million restoration, renamed it the Omni Severin Hotel. During the restoration period, two new twelve-story towers were built and the expanded hotel was connected to the Circle Centre Mall and the convention center.

The original main lobby is located in today’s Severin ballroom. The missing ornate railings above the lobby were found in a barn 30 miles from the hotel and were installed in their original location. The 1913 brass mailbox still serves as a working mailbox to this day. Original solid mahogany guestroom dressers are located on each elevator landing. In the Severin Ballroom, a magnificent Austrian crystal chandelier and a dramatic marble stairway recall the hotel’s lavish history. The Omni Severin Hotel is listed in the National Register of Historic Places and is a member of Historic Hotels of America.