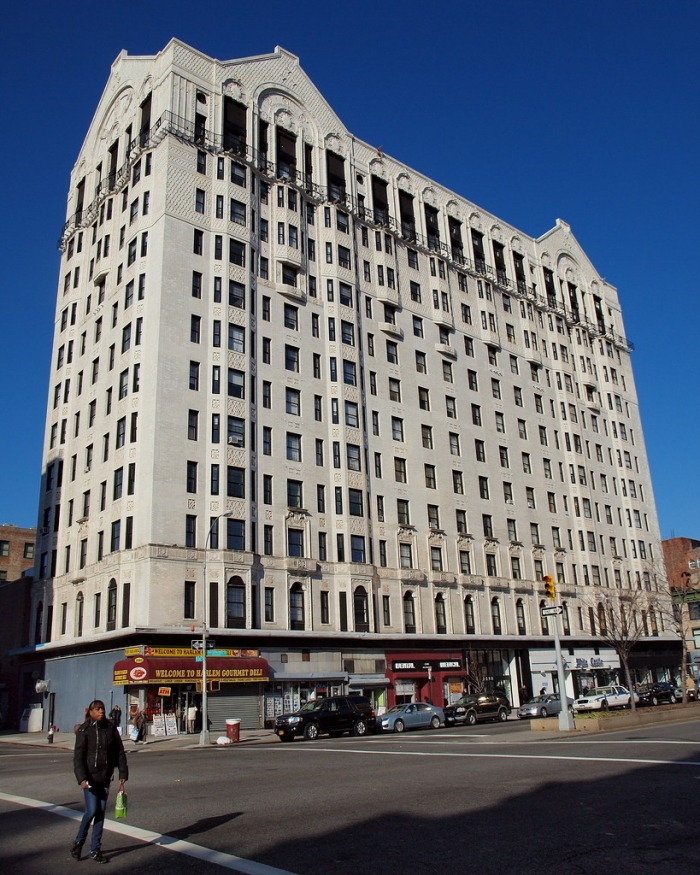 On September 18, 1960, four months before the United States severed diplomatic relations with Cuba, Fidel Castro arrived in New York City for the 15th session of the United Nations General Assembly. He and his staff first checked into the Shelburne Hotel at Lexington Avenue and 37th Street. When the Shelburne demanded $10,000 for alleged damage that included cooking chickens in their rooms, the Castro entourage moved to the Hotel Theresa in Harlem. Castro’s group rented eighty rooms for a total of $800 per day. The Theresa was the beneficiary of worldwide publicity when Nikita Khrushchev, the premier of the Soviet Union, General Abdul Nasser, president of Egypt, Jawaharlal Nehru, the prime minister of India, and Malcom X, all visited Castro there.

In the longest speech ever delivered at the United Nations, Castro transitioned seamlessly from his hotel experience to the discrimination faced by North American blacks to the broader evils of “imperialist financial capital” and the “colonial yoke”.

At the end of 1960, presidential candidate John F. Kennedy made a campaign stop at the Hotel Theresa with Jacqueline Kennedy, Congressman Adam Clayton Powell Jr., Senator Herbert Lehman, Governor Averill Harriman, Mayor Robert Wagner and Eleanor Roosevelt. “I am delighted to come and visit,” said Kennedy. “Behind the fact of Castro coming to this hotel, Khrushchev coming to visit Castro, there is another great traveler in the world, and that is the travel of a world revolution, a world in turmoil. I am delighted to come to Harlem and I think the whole world should come here and the whole world should recognize that we all live right next to each other, whether here in Harlem or on the other side of globe.”

The Hotel Theresa opened in 1913 on 125th Street and Seventh Avenue in Harlem and closed its doors as a hotel in 1970. It was built by German-born stockbroker Gustavus Sidenberg and named for his recently-deceased wife. Coincidentally, Sidenberg’s second wife was also named Theresa. Architects George and Edward  Blum were trained at the famous Ecole des Beaux-Arts in Paris and they designed a full-blockfront all-white apartment hotel, 13 stories high with 300 guestrooms. Like its façade, the newly-opened Hotel Theresa had an all-white clientele and staff for its first twenty-eight years.  In 1940, reflecting the changing population of Harlem, the hotel was acquired by Love B. Woods, an African American businessman who accepted all races, hired a black staff and management. The Hotel Theresa was integrated when most mid-Manhattan hotels wouldn’t accept Blacks. They could perform at the clubs, hotels and theaters in mid-Manhattan but couldn’t sleep in the hotel rooms or eat in their restaurants. Black America’s most famous stars: Josephine Baker, Ray Charles, Jimi Hendrix, Louis Armstrong, Dorothy Dandridge, Duke Ellington, Nat King Cole, Lena Horne and Count Basie had to go to Harlem for a night’s sleep. For many blacks the existence of the Hotel Theresa’s luxurious rooms, bars and swank shops was regarded as a sign that they had finally arrived, at least in Harlem. The hotel became known as the “Waldorf of Harlem.”

In 1940, the following announcement appeared in the New York Age:

Harlem Hotel Seeks Negro Trade; Picks Manager: The Hotel Theresa at Seventh Avenue and 125th Street, which catered to white patronage for several years, has changed its policy as of March 20 and will cater to both races, under Negro management with a Negro staff, according to an announcement by Richard Thomas, publicity manager of the hotel. In carrying out its new policy for the accommodation of Negroes and whites, the Gresham Management Company, operators of the Theresa, appointed Walter Scott as the hotel’s manager. Extensive renovations and improvements of the service and facilities of the hotel have been undertaken. A staff of 80 persons has been employed.

The African American General Manager Walter Scott had been the business manager at the Harlem YMCA on 135th Street. A graduate of New York University and a World War I veteran, Scott had worked as a bellhop and waiter on the Hudson River Dayline boats. Early in April 1940, Scott and his wife Gertrude and their sixteen year-old daughter, Gladys moved into a six-room suite on the tenth floor.

In 1941, heavyweight champion Joe Louis attracted 10,000 fans when he stayed at the Hotel Theresa after a victory at the Polo Grounds. Soon thereafter, entrepreneur John H. Johnson was a guest at the Theresa when he started a new pocket-size magazine called Negro Digest and, in 1945, Ebony which was followed by Jet in 1951. After splitting with the Nation of Islam, Malcolm X rented offices at the hotel for his Organization of Afro-American Unity.

In 1948, when GM Walter Scott resigned because of illness, Gresham Management hired William Harmon Brown as resident manager. Brown graduated from Howard University where he had earned a National Youth Administration scholarship, funded by a New Deal program. President Bill Clinton’s commerce secretary Ron Brown, the manager’s son, grew up in the hotel. U.S. Congressman Charles Rangel (D. New York) once worked there as a desk clerk. Earlier in 2016 Congressman Rangel retired after serving in the U.S. Congress from 1971-2016.

In 1971, the hotel was converted to an office building with the name Theresa Towers and was declared a landmark in 1993 by New York’s Landmark Preservation Commission.