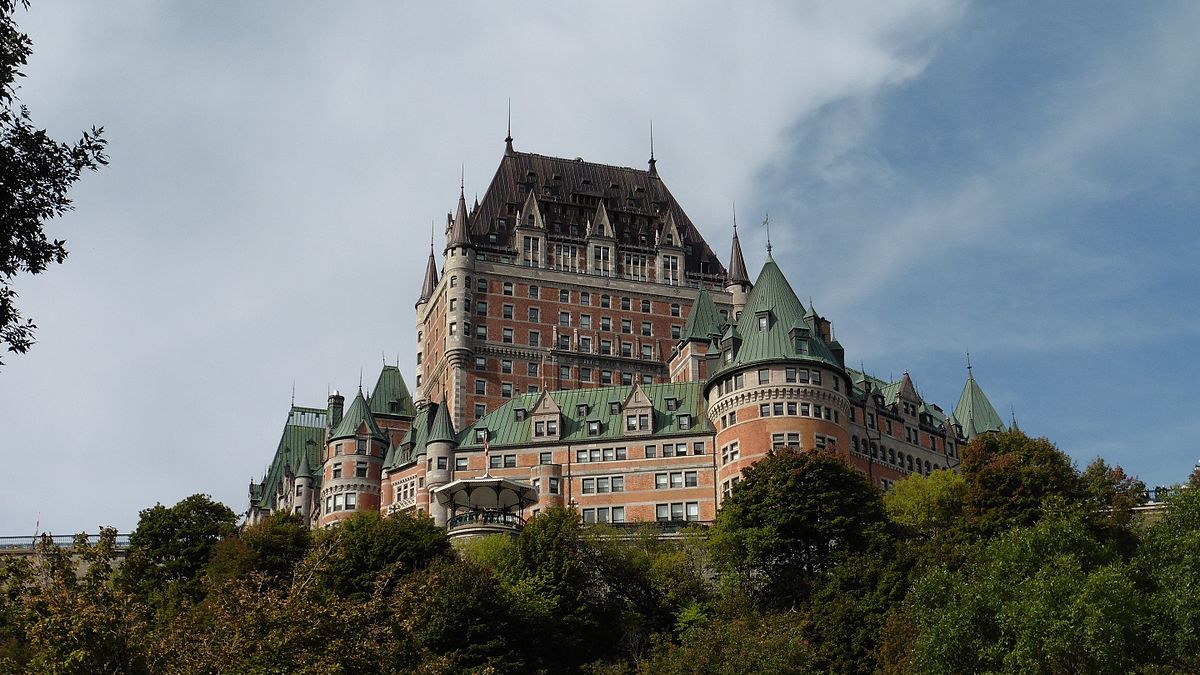 Listed as a National Historic Site of Canada, the Fairmont Le Château Frontenac is among the nation’s most celebrated historic landmarks. This spectacular retreat is located in the heart of Old Québec, which served as the seat of colonial French power in North America over the better part of two centuries. It was from this location that France presided over thousands of acres that stretched from the Great Lakes to the bayous of Louisiana. Old Québec then became the headquarters in Canada for the British when they wrestled control of the region away from France during the Seven Years’ War. Fairmont Le Château Frontenac resides on the grounds of the former Château St. Louis, which functioned as the main administrative office for both the French and British colonial governments in Québec City until it burnt down in 1834.

American William Van Horne, President of the Canadian Pacific Railway, chose the site of the former Château St. Louis as the location for an extravagant hotel. The ambitious railroad magnate had hoped to spur travel along his company’s new rail lines by developing a series of ornate lodgings that could appeal to upscale travelers. As such, he decided to construct what would become the Fairmont Le Château in downtown Québec City for just that purpose. Van Horne hired the renowned American architect Bruce Price to create the building’s design and construction began shortly thereafter in 1892. Price had used a special architectural style known as “Châteauesque,” which borrowed heavily from Revivalist and French Renaissance design aesthetics. As such, the new hotel resembled a grand historic manor native to France’s Loire Valley. When it finally debuted a year later, Van Horne chose to name the building as the Château Frontenac Hotel” in honor of the region’s legendary colonial governor, Louis de Buade de Frontenac.

Fairmont Le Château Frontenac has since emerged as one of the world’s preeminent hotel destinations Countless international luminaries have stayed at this spectacular hotel over the years, including military aviator Charles Lindbergh, Princess Grace Kelly of Monaco, French President Charles de Gaulle and Queen Elizabeth II of the United Kingdom visited the Fairmont Le Château Frontenac in the past. The hotel’s magnificent architecture and beautiful décor also inspired the famous film director, Alfred Hitchcock to shoot portions of his classic thriller, I Confess, onsite in 1953 starring Montgomery Clift and Anne Baxter. But Fairmont Le Château Frontenac has been the site of major historical events as well, such as the Québec Conferences of World War II. Held between 1943 and 1944, these meetings were chaired by U.S. President Franklin Delano Roosevelt, British Prime Minister Winston Churchill, and Canadian Prime Minister William Lyon Mackenzie King. Together, they discussed invasion plans for Western Europe, as well as the shape of the postwar world.

In 1993, the hotel saw another expansion, with the addition of the new wing that included a pool, fitness centre, and outdoor terrace. On June 14, 1993, Canada Post issued ‘Le Château Frontenac, Québec’ designed by Kosta Tsetsekas, based on illustrations by Heather Price. The stamp features an image of the hotel building, and is printed by Ashton-Potter Limited.

In 2001, the hotel was sold to Legacy REIT, which is partially owned by Fairmont, for $185 million. The hotel was renamed the Fairmont Le Château Frontenac in November 2001, shortly after Canadian Pacific Hotels reformed itself as Fairmont Hotels and Resorts, taking the name of an American company it acquired in 2001.

In 2011, the hotel was sold to Ivanhoé Cambridge. Shortly after acquiring the hotel, Ivanhoé Cambridge announced an investment of $9 million for the restoration of the building’s masonry work, and to replacement of the building’s copper roofs. The company further announced another $66 million investment for general improvements and renovations throughout the hotel. When the roof was being replaced, an image of the roof was printed on polypropylene safety netting and hung from scaffolding to hide the refurbishing project from view. The extensive renovation saw conference rooms expanded, restaurants remodeled, modernization of the lobby, and the gutting and rebuilding of three-fifths of hotel’s rooms.

Stanley Turkel was designated as the 2014 and the 2015 Historian of the Year by Historic Hotels of America, the official program of the National Trust for Historic Preservation.

This award is presented to an individual for making a unique contribution in the research and presentation of hotel history and whose work has encouraged a wide discussion and a greater understanding and enthusiasm for American History.