Nobody Asked Me, But… No. 238: Hotel History: The Fairmont Hotel in San Francisco

Home/Nobody Asked Me, But… No. 238: Hotel History: The Fairmont Hotel in San Francisco

Nobody Asked Me, But… No. 238: Hotel History: The Fairmont Hotel in San Francisco 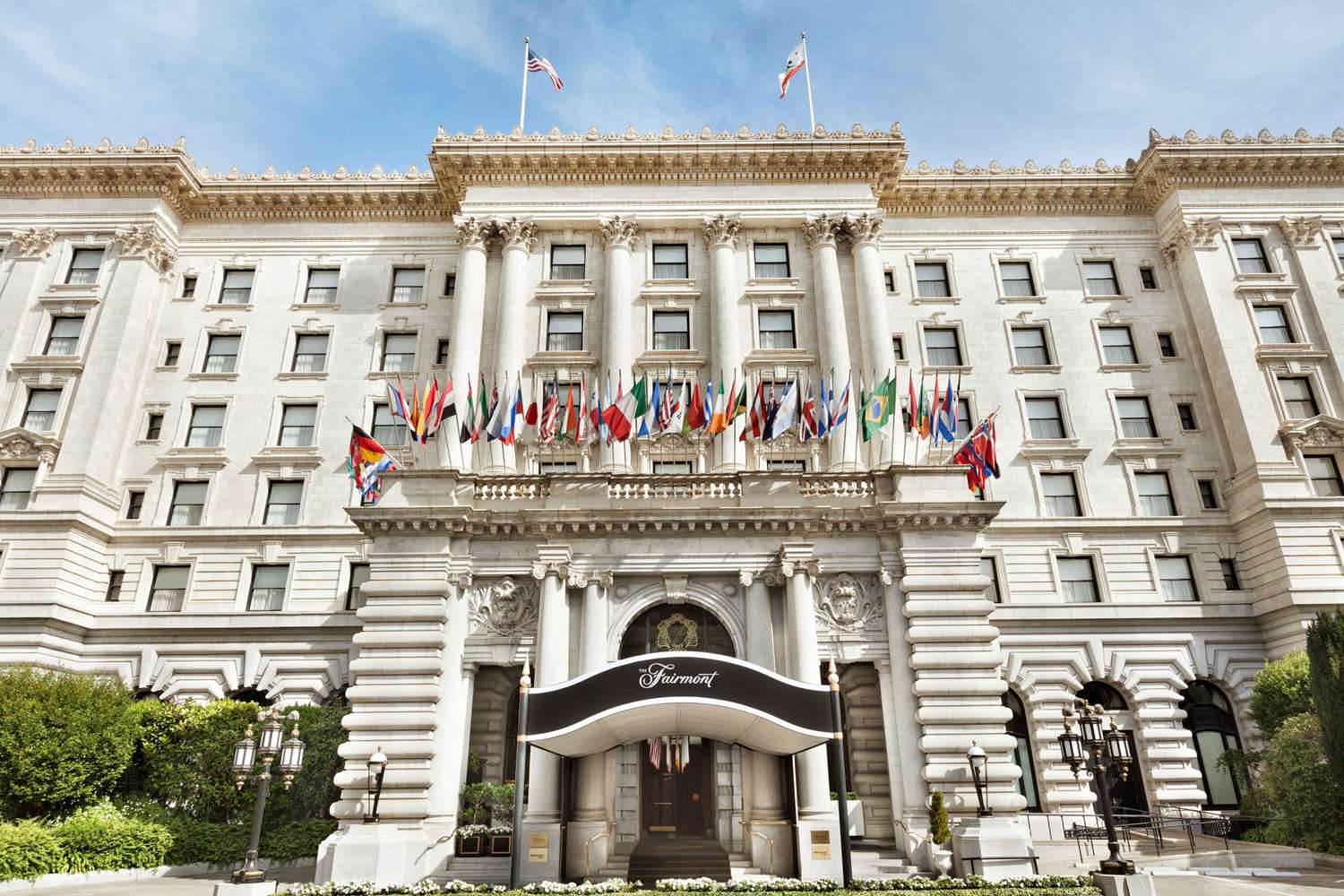 The luxurious Grande Dame atop Nob Hill in San Francisco was named after U.S. Senator James Graham Fair (1834-1894) by his daughters, Theresa Fair Oelrichs and Virginia Fair Vanderbilt. When the silver king James Fair purchased the site back in the late 1800s, his interest was to build the largest mansion in the neighborhood. However, when he died in 1894, the lot was still undeveloped until 1907 when his daughters commissioned the architectural and engineering firm of Reid & Reid to design a large hotel in Italian Renaissance style. The Reid brothers: James (1851-1943), Merrit (1855-1932) and Watson (1858-1944) designed a 600-room, seven story building made of gray granite, cream marble and terracotta stone. Before the new hotel could open, the 1906 San Francisco earthquake and subsequent fire gutted the structure. New owners Herbert and Hartland Law, makers of a popular patent medicine, undertook the major effort to rebuild the Fairmont. They hired Stanford White of the prominent architectural firm of McKim, Mead & White. Unfortunately, White was involved in a love triangle and was shot and killed by multimillionaire Harry Thaw. The Law brothers then hired local architect Julia Morgan, the first woman graduate of the prestigious Ecole des Beaux Arts in Paris (and the genius behind the grandiose Hearst Castle). One year later, on April 18, 1907, the Fairmont Hotel opened and in 1908, Theresa Fair Oelrichs reacquired the restored hotel. The Fairmont quickly became San Francisco’s most famous hotel attracting families for long stays of two to three months. The Fairmont provided a thoroughly-equipped school featuring music, dance, art and a complete curriculum of subject matter. In 1926, the eighth floor was added including the 6,000 square foot Penthouse Suite.

By 1917, D.M. Linnard assumed the management and in 1924 bought the controlling interest from the Oelrichs family. In 1929, he sold the Fairmont to George Smith, a mining engineer who had just completed the Mark Hopkins Hotel. Smith undertook a major renovation and installed an indoor pool, the Fairmont Plunge.

For eleven weeks in 1945, the Fairmont was the Capital of the World hosting delegates from more than forty nations representing eighty percent of the world’s population to write the United Nations Charter. On June 26, 1945, President Harry Truman signed the new Charter. At about the same time, financier and philanthropist Benjamin Swig purchased fifty-four percent of the Fairmont for $2 million which he described as follows: “When I bought the hotel, it was obsolete. It was more of an apartment house for the extremely rich, many of whom were characters in the true sense of the word. It was rundown and neglected. The plumbing was bursting – we had ten to fifteen leaks a day – there was no carpet on the floor and the whole thing was just an old ladies home.”

Swig quickly learned that the Plunge pool was not a money maker. He decided to convert it into a restaurant and bar called the S.S. Tonga after Mel Melvin, MGM’s leading set designer found an old four-masted schooner by that name rotting in the mud near Martinez. Guests were soon dining on Chinese food, enjoying exotic drinks on the schooner’s deck, gazing into the blue water of the former Plunge now featuring a floating stage for the orchestra in the Tonga Room. The ambiance was heightened by staged tropical storms, complete with lightning and misty rain falling from concealed sprinklers. Swig hired Dorothy Draper, the famous decorator, to transform the lobby and the public areas. The million dollar modernization program was completed in 1950. The San Francisco Chronicle reported that almost six miles of fabric and three miles of carpeting had been used in the renovation. One critic raved that Draper had “captured the spirit of the past, the romantic glamour of the Champagne days, the traditions of the city blended with the modern.” She added the “Draper Touch” to the Venetian Room Supper Club which opened in 1947 with 400 seats. It attracted top-flight entertainers like Ethel Waters, Nat King Cole, Ella Fitzgerald, Tina Turner, Sammy Davis, Jr., Lena Horne, Red Skelton, James Brown, Judy Collins, Tony Bennett (who sang “I Left My Heart in San Francisco” for the first time here in 1962) and the Ernie Heckscher Band that played for 36 years.

In 1961, Ben Swig built an adjoining 23-story tower with the Crown Room on the top floor and a glass elevator on the outside of the tower with the best views of the city. He also added the Merry-Go-Round Bar to the famous Cirque Lounge with its wild animals murals and wrap-around bar designed by Art Deco architect Tim Pflueger in 1933.

The famous 1983 television series “Hotel” based on the best-selling novel by Arthur Hailey was filmed in the lobby of the Fairmont for the fictional “St. Gregory Hotel.”

The Swig family sold the hotel in 1994 to Maritz, Wolffe & Co. and Saudi Arabian Prince Alwaleed bin Talel who operated 94 hotels worldwide under the Raffles, Fairmont and Swissotel brands. In 2012, Oaktree Capital Management and Woodridge Capital Partners acquired the Fairmont San Francisco for $200 million after Maritz, Wolffe & Co. failed to win permission to convert part of the property into residences.

In 2009, it was reported that the Fairmont’s Tonga Room, the venerable tiki bar, which opened in 1945, might be demolished to make room for a condo conversion in an adjacent tower. The New York Times reported on April 3, 2009 that “… San Franciscans have rallied around the Tonga Room. They’ve written letters, signed petitions and defiantly consumed more than their fair share of deep-dish drinks in this temple of tropical kitsch at the top of Nob Hill….one of the finest examples of faux Polynesian paradise around.” As of May, 2016, the Tonga Room has enjoyed a resurgence and there’s been no decision as to its ultimate fate.