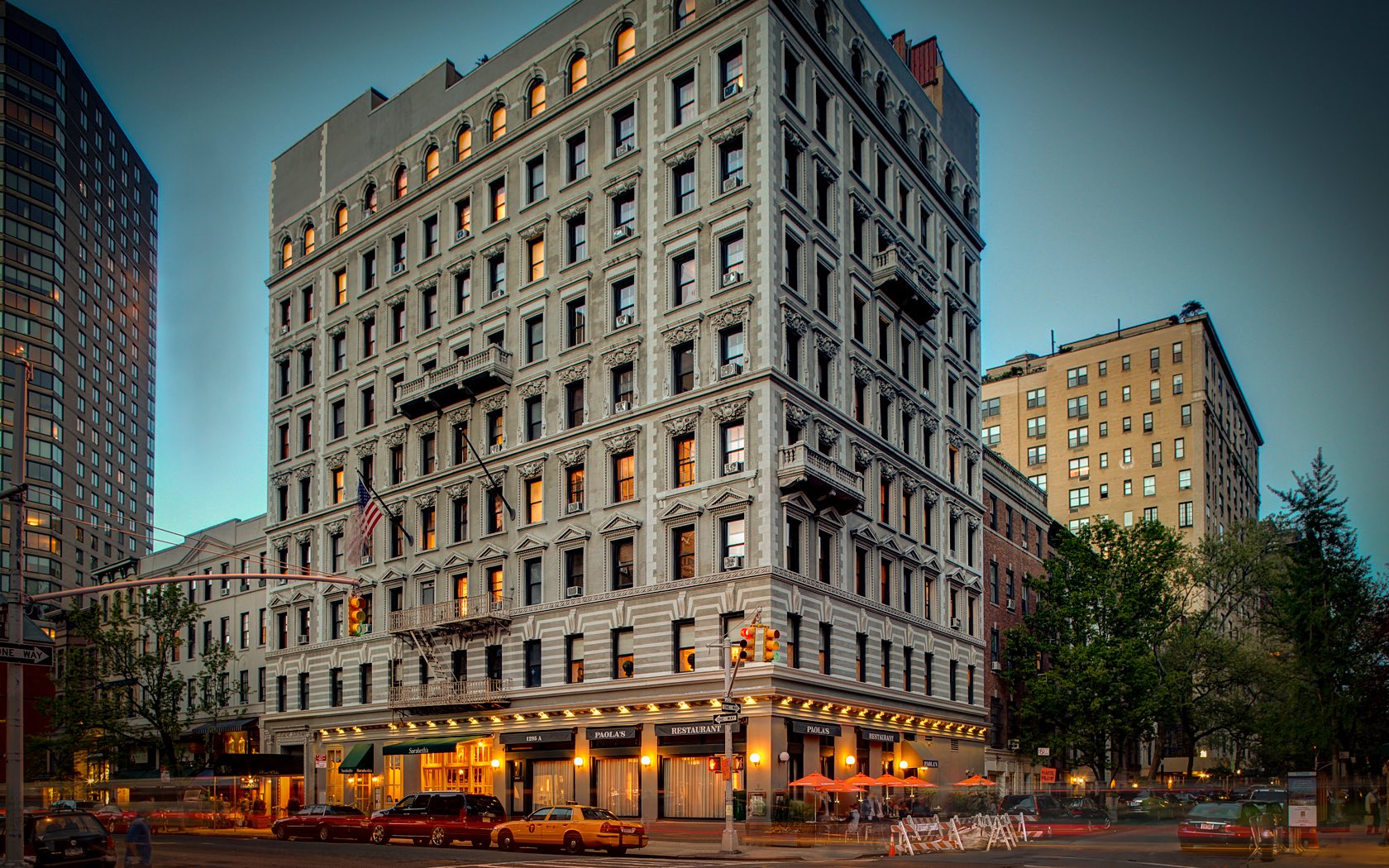 One of the most charming historic hotels in New York, the Wales Hotel is closing its doors in 2020. It opened in 1902 as the 92-room Hotel Chastaignery on 92nd Street and Madison Avenue in the neighborhood called Carnegie Hill. After four name changes over one hundred years it became the Hotel Wales in 2000. Its earlier names after Chastaignery were Hotel Bibo, Hotel Bon Ray, the Carnegie Hill Hotel and the Wales Hotel.

An original 1902 hotel brochure described the opening of the Hotel Chastaignery as follows:

A new fireproof family hotel and public restaurant just opened by Mr. Charles Jaimes of the Brevoort House. Situated at Madison Avenue and Ninety-second Street, it is undoubtedly destined to prove a brilliant and permanent success.

The Chastaignery is a new and splendid building situated at the highest altitude and in the heart of the wealthy residential centre of the city. It is a nine-story structure, fronting 100 feet on Madison Avenue and 63 feet on Ninety-second Street.

Mr. James has created this establishment at an enormous cost, and in doing so he has benefited the entire neighborhood. It gives to New Yorkers or to visitors from other cities, a splendid resort in a magnificent neighborhood, which does away with the necessity for a journey down town.

That Mr. Jaimes will make a brilliant and permanent success of his new departure may be regarded as a foregone conclusion. No man stands higher as a hotel keeper, or is more widely known or more universally respected, and none has a greater body of friends. A native of France, Mr. Jaimes was for many years with the Grand Hotel of Paris. Then he was a long time with Delmonico and for the last seven years or so he has been proprietor of the Brevoort.

The Carnegie Hill neighborhood encompasses roughly the area from 86th Street to 96th Street between Central Park and Lexington Avenue. It contains the former Carnegie, Vanderbilt and Sloan mansions on Fifth Avenue. More than a half dozen major museums including the Metropolitan, Guggenheim, Cooper-Hewitt and Jewish Museum are in close proximity to galleries, haute couture designers, chic boutiques and up-scale restaurants.

In the early years of the twentieth century, the Hotel Chastaignery was renamed the Hotel Bon Ray by its new proprietor, Morris Newgold. The hotel published the following well-written brochure:

Madison Avenue at Ninety-second street is on the topmost rise of the highest hill in New York’s centre, and nearly every apartment in the Bon Ray overlooks Central Park and obtains an extended vista over the reservoir, a large lake and the trees. Walks extending in all directions within this enchanting spot. An ideal playground for children, furnishing beautiful and invigorating walking grounds for older folks. No more healthful location can be found in this greatest of cities.

While the hotel appeals to the many families in the great Southland who visit New York, especially in summer, when they wish to escape the heat and turmoil of a great throbbing city with all its noises, yet the main support it receives is from those who live all the year round in the city and engage in business, those who want a quiet, restful retreat at night when they get home to spend the time with their families. It is to this class of patrons that the Bon Ray offers apartments on long leases, either furnished or unfurnished, at such rates as to provide a home at reasonable cost. Only by inspection can one arrive at a knowledge of what we have to offer, and those who investigate receive the same courtesy, should they not become tenants, as those who do.

The owner of the Bon Ray, by careful attention to the quality of the food, its preparation, service to the table and rooms, has established a high standard of excellence, and furnishes American plan board that will satisfy the connoisseur.

The Hotel Bon Ray is of steel construction and absolutely fireproof, with fire escapes connecting with every suite, fire tanks on the roof connected with separate stand pipes, and long lines of fire hose, in perfect order, on every floor.

There are long distance telephones in each apartment.

The rooms are light and airy, the parlors fitted with parquet floors, and the decorations the best that good taste can devise. The toilet appointments are complete and superb.

The bathrooms are finished entirely in white Italian marble.

An exquisite Ball Room with a perfect floor and ventilating system, Banquet Room and Special Kitchen, together with Ladies Parlor and Gentlemen’s Smoking Room. Medium sized rooms for private dinner are located on the Mezzanine Floor, which is used for weddings, receptions, announcements, dancing, card parties, etc. Special prices and terms are made for any of these events upon request. The tableware, candelabra, napiery and silverware of rare beauty and in good taste. Frequent dances are given by the Bon Ray during the season, which are free to the guests and their friends.

To those who are dissatisfied with their present living quarters, and to those who are about to establish a new home, this booklet is addressed. It is hard for some people to find satisfactory homes even among the abundance to be had in New York. This is partly due to the fact that apartment houses do not, as a rule, contain all the advantages wished for, and there are often important features lacking. The Hotel Bon Ray combines about every advantage in its arrangements that is possible to obtain, and those interested in the task of finding a new home are cordially invited to call and inspect for themselves.

In recent years the strip of territory next to the easterly wall of the city’s greatest park has been recognized as the choicest residential section of America. The Carnegie, Vanderbilt and Sloan group of mansions (one block from the hotel), occupy the choicest positions with reference to the Park and aid in furnishing the beautiful view obtained from the hotel windows.

Come and see for yourself. Out-of- town patrons should have in mind that they can secure apartments of several rooms and bath at a price no greater than they would pay at some other hotels for a single room and bath. To those in Europe, South America or Cuba, especially we urge that they write and get our rates.

The Hotel Wales is scheduled to close in January 2020. The real estate firm Adelloo LLC bought the Wales for $56.25 million and is promoting what it calls a “once-in-a-lifetime opportunity to experience classic New York City” with a Hotel Wales Curtain Call Package that includes a 20% off regular rates on stays two nights or more from June 23 until closing in January 2020. The building will be converted to luxury condos after that.