Nobody Asked Me, But… No. 221: Hotel History: Hotel Florence

Home/Nobody Asked Me, But… No. 221: Hotel History: Hotel Florence

Nobody Asked Me, But… No. 221: Hotel History: Hotel Florence 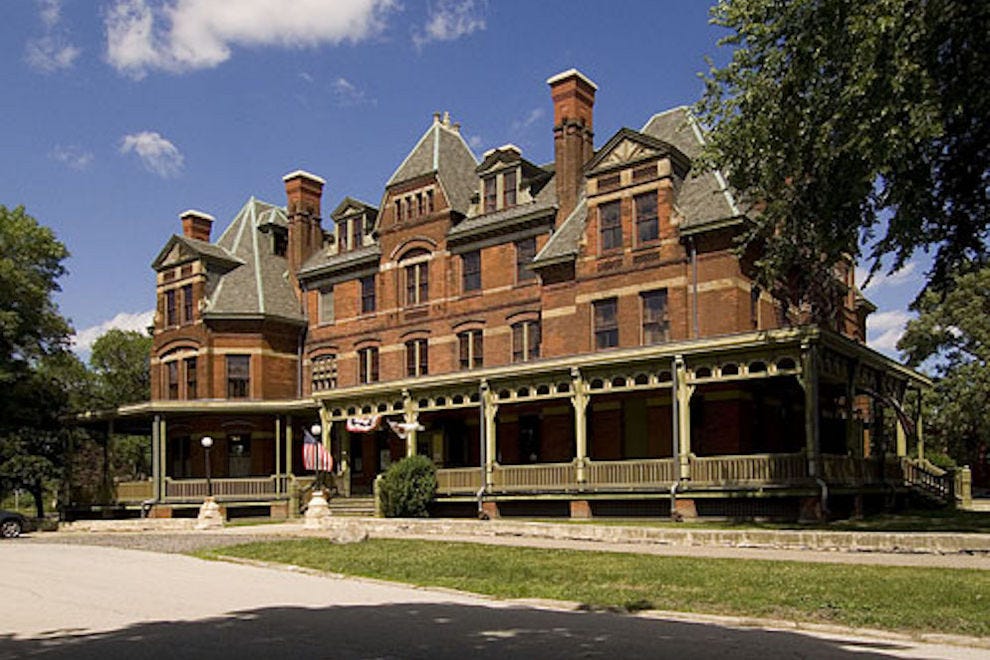 The Hotel Florence is a former operating hotel located in the Pullman Historic District on the far south side of Chicago, Illinois. In 1880, the railroad pioneer George Pullman purchased a site of 3,500 acres near Lake Calumet on the Illinois Central Railroad. With demand exploding for his sleeping railroad cars. Pullman decided to build the largest factory to produce them and a company town to house his employees and their families. Pullman believed that if he built a town without saloons and agitators, his workers would be forever loyal to the Pullman creed. Pullman City ultimately grew to 12,000 inhabitants. It had its own shopping center, a savings bank, theater, church, schools and playgrounds. It also had a library of 8,000 books and the luxurious Hotel Florence (named after Pullman’s daughter). Pullman City and the Hotel Florence were designed by architect Solon Spencer Beman (1853-1914). Several of Beman’s largest commissions including the Pullman Office Building, Pabst Building and the Grand Central Station in Chicago have since been demolished. Beman also designed many Christian Science churches. Celebrated at first for good planning Pullman City’s reputation suffered when the Pullman Palace Car Company refused to lower rents after cutting wages, starting the violent national Pullman strike.

The Hotel Florence was chiefly remarkable for the elegance and beauty of design and finish, together with its luxury in furniture, fixtures and appliances, all combined making it equal, save that of size, to the most costly hotels in any of the large cities.

The building rises to a height of four stories above the half basement, the upper lines being broken by a fanciful roof of gables and dormer windows, which makes the building resemble a fine large mansion more than it does a hotel. A veranda 16 feet wide and 268 feet long extends along the front and sides of the building which is treated in East Lake and Queen Anne designs, the ceiling being painted a light sky blue, which harmonizes perfectly with the deep red of the brick of which the walls are constructed. A short flight of steps give approach to the central portion of the veranda in front, upon which the office and rotunda opens through wide doors of polished cherry. When entering the lobby, the Tennessee marble counter surmounted at one end by a handsome cherry desk, is in full view of the entrance to the parlor and the gentlemen’s reading room. Immediately beyond the latter is the billiard room across the hall from the lunch room and saloon designed for guests of the hotel. Large open fire places welcome you upon entering the lobby, parlors and dining room.

The furniture of the parlor is made of solid mahogany and upholstered with heavy Maroon velvet plush. The dining room is immediately across the hall from the parlor and is L shaped. The original portion of the hotel had 50 sleeping rooms, a dining room, a billiard room barber shop, separate men’s and women’s parlors and the only bar in Pullman City. The building was originally lighted with gas lights and heated with steam radiators, the steam generated by the Corliss Engine located across the street in the factory buildings.

The first floor and the Pullman Suite were trimmed with cherry woodwork and accented by multicolored stained glass windows. On the second floor, the Pullman Suite was kept for George Pullman when he visited the factory and town as the Pullman family lived in the fashionable Prairie Avenue District, just south of downtown.

The second through the fourth floors housed the hotel rooms and suites. Each floor, similar to train cars, provided a different “class” of service. The more elegant and expensive rooms were located on the second floor, where they were closer to the lobby. These rooms were outfitted with Eastlake furniture and included larger suite layouts. The rooms on the third and fourth floors were smaller and furnished in different styles on each floor.

The hotel was off limits to Pullman workers. George Pullman did not want his laborers to drink and banned the sale of alcohol within town limits. An exception was made for guests of the Hotel Florence, however. A bar served whiskey and other beverages inside the hotel. The hotel restaurant specialized in pork chops which were featured on the hotel menu in 1902.

The Historic Pullman Foundation bought the Hotel Florence in 1975 to save the aging building from demolition and to renovate it. In 1991, it was sold to the Illinois Historic Preservation Agency as an integral part of the Pullman State Historic Site. The Hotel is open for tours and special events.