Nobody Asked Me, But… No. 217, Hotel History: Catskill Mountain Resort Hotels

Nobody Asked Me, But… No. 217, Hotel History: Catskill Mountain Resort Hotels 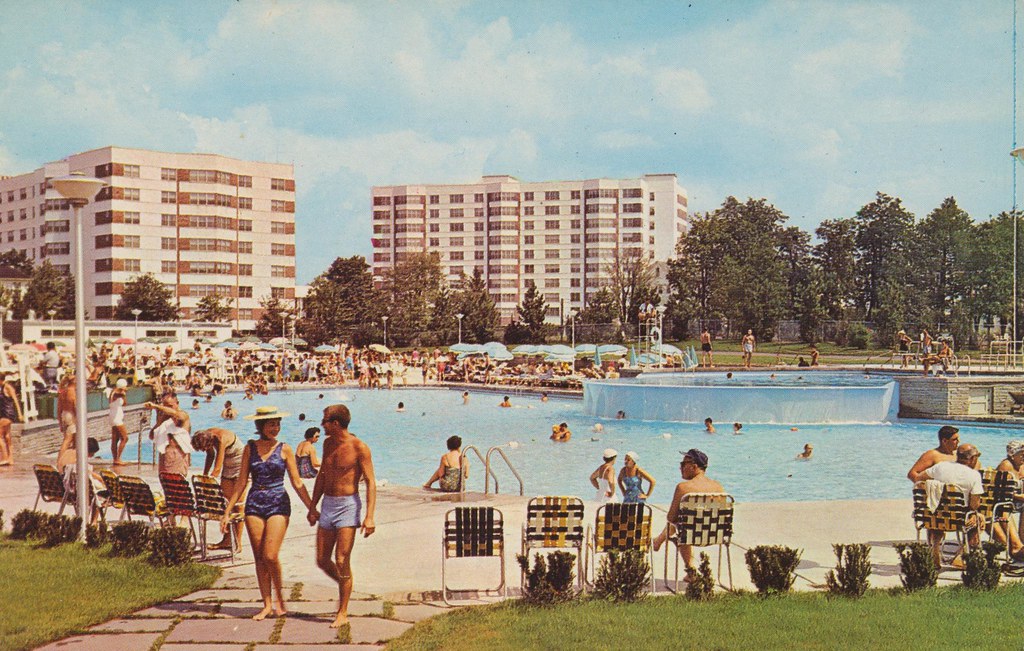 Hotel History: Catskill Mountain Resort Hotels
This is the story of an area of 250 square miles, approximately an hour and a half drive northwest of New York City, which over the course of last century became a resort phenomenon unlike any other. The area had attracted tourists since the post-Civil War years because of its visual appeal and accessibility via two railroad lines, the Ontario & Western and the Ulster & Delaware. The new arrivals came up to the Catskill Mountains to settle, to farm, and to escape the unhealthy environment of urban tenement life.

The message came back to New York’s lower East Side: the air was clean and fresh, the scenery was beautiful, and the climate in July and August was cooler than the city. Farmhouses were converted into boarding houses to accommodate visitors seeking simple pleasures of fresh air, farm-fresh food, mountain vistas and a stroll down a shady lane.

These summer resorts in parts of Sullivan, Orange and Ulster counties were called the “Borscht Belt” which attracted Jewish immigrants from eastern Europe. These resorts were a popular vacation spot for New York City Jews between the 1920s and 1970s. The hotels, bungalow colonies, summer camps and self-catered boarding houses were mostly frequented by families of middle and working class Jewish New Yorkers. Some of these Catskill hotels were converted from farms that immigrants had started in the early 1900s. The area catered specifically to Jewish families providing kosher foods, bedrooms and entertainment. Nearly all famous Jewish performers and comedians would hone their skills at these resorts including Sid Caesar, Woody Allen, Billy Crystal, Rodney Dangerfield, Gabe Kaplan, Jerry Seinfeld, Henry Youngman, Andy Kaufman, Buddy Hackett, Jerry Lewis, Joan Rivers and many others.

In its heyday, as many as 500 resorts catered to guests of various incomes. Some of the larger hotels had producers such as Moss Hart at the Flagler, Neil Simon at the Taminent. They performed scenes from Kingsley’s Dead End or Odets’ Waiting For Lefty or musicals like the International Ladies Garment Worker’s Union’s Pins and Needles. Staff members would sing selections from The Barber of Seville or Pagliacci.

Two of the larger hotels in High View (north of Bloomingburg) were the Shawanga Lodge and the Overlook. In 1959, the Shawanga hosted a conference that marked the beginning of serious research into lasers. The hotel burned to the ground in 1973. The Overlook had entertainment and summer lodging through the late 1960s and was operated by the Schrier family. It included a main building and about 50 other bungalows, plus a five-unit cottage just across the street.

The New York, Ontario & Western Railway carried passengers to the resort from Weehawken, New Jersey, until 1948. The railroad was abandoned in 1957.

The decline of the Catskills resorts was apparent as early as 1965. Entertainment in America was changing as the country ushered in the jet age. As ethnic barriers in the U.S. began to fall and travel to distant resorts became easier and cheaper, fewer Jewish American families in New York City went to the Catskills. By the early 1960s, between a quarter and a third of Grossinger’s annual visitors were non-Jewish. Even the universalization of air-conditioned hotels across America drew customers away from the aging resorts primarily built before this innovation became common. In the social and cultural upheavals of the 1960s, traditional resort vacations lost their appeal for many younger adults.

Smaller, more modest hotels such as Youngs Gap and the Ambassador found themselves in a niche with a vanishing clientele and closed by the end of the 1960s. By the mid-1990s, nearly 300 hotels and motels had gone out of business in Sullivan County.

The 1970s took a toll on more lavish establishments such as the Flagler and The Laurels. In 1986 Grossinger’s closed for renovations, and the work was never completed by new owners. Grossinger’s largest historic rival (and the largest of all the Borscht Belt resorts), the Concord, benefitted only temporarily, filing for bankruptcy in 1997 and closing a year later.

Long-delayed plans are now being implemented by those who purchased the Concord Resort Hotel and Grossinger’s to work with local Native Americans to bring gambling to the region. Because the Borscht Belt’s prime market has long passed and many of the resorts are abandoned, developers believe that the only way to revitalize the region is by attracting guests to world-class casinos and resorts such as those in New Jersey and Connecticut.

On February 8, 2018, the Resorts World Catskills Casino opened in the heart of the old “Borscht Belt” in Monticello, New York about 80 miles northwest of New York City. It features an 18-story hotel, 150 table games and 2,150 slot machines. The casino will be the cornerstone of a $1.2 billion resort complex that will include an entertainment village, an indoor waterpark lodge and an 18-hole golf course Charles A. Degliomini, executive vice president of Resorts World Catskills said, “With our opening, we look forward to driving tourism to the Catskills, stimulating the economy and making meaningful contributions that help put the Catskills back on the map as a premier getaway and true destination.”