Nobody Asked Me, But… No. 239: Hotel History: Admiral Fell Inn

Home/Nobody Asked Me, But… No. 239: Hotel History: Admiral Fell Inn

Nobody Asked Me, But… No. 239: Hotel History: Admiral Fell Inn 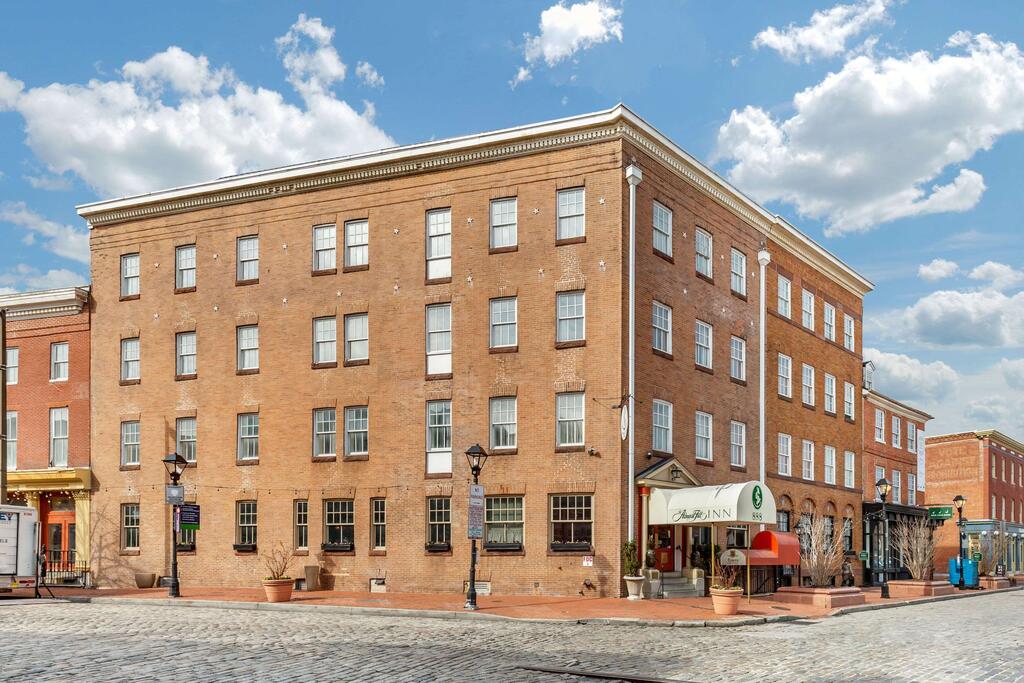 Fell’s Point was founded in the early 1700s when the Fell Brothers arrived from Lancaster, England. Edward was a shopkeeper and his brother William was a shipbuilder. The old street names in Fell’s Point are unchanged: Fell, Thames, Bond, Bank, Caroline, Fleet, Aliceanna, Wolfe, Lancaster, Shakespeare. They are still paved mostly with Belgian stone blocks and their narrow paths are edged by brick sidewalls.

The Admiral Fell Inn is four stories high, and therefore the only building in the Point that qualifies as a skyscraper. The Inn is a group of eight different buildings which date from the late 1700s. Before becoming an inn, the site was a ship chandlery, a vinegar factory, a YMCA, a boardinghouse for actors and a sailor’s lodging house. The eighty guestrooms each have their own unique decor with wonderful views, many overlooking Baltimore’s Inner Harbor. Some have canopy beds with balconies and Jacuzzi tubs.

The streets of Fell’s Point contain hundreds of buildings built before the war of 1812 and many others before the Civil War. It was the first district in Maryland to be included on the National Register of Historic Places. Most of the homes are narrow brick row houses two and a half stories tall. The gabled roofs are of slate and the narrow passageways between houses are called sallyports, allowing access from the street to the rear of the houses. Many tourists tour the famous Inner Harbor and then walk a few blocks to historic Fell’s Point where they find a real neighborhood, restaurants, patisseries, bars and galleries.

Updated and expanded over the years, this charming inn sits just across Thames Street from the harbor in the heart of the Fell’s Point Historic District. It spans eight buildings, built between 1790 and 1996, and blends Victorian and Federal-style architecture. Originally a boardinghouse for sailors, later a YMCA, and then a vinegar bottling plant, the inn now features an antiques-filled lobby and library, along with individually decorated guest rooms with Federal-period furnishings.