Nobody Asked Me, But… No. 236: Hotel History: The Hermitage Hotel

Home/Nobody Asked Me, But… No. 236: Hotel History: The Hermitage Hotel

Nobody Asked Me, But… No. 236: Hotel History: The Hermitage Hotel 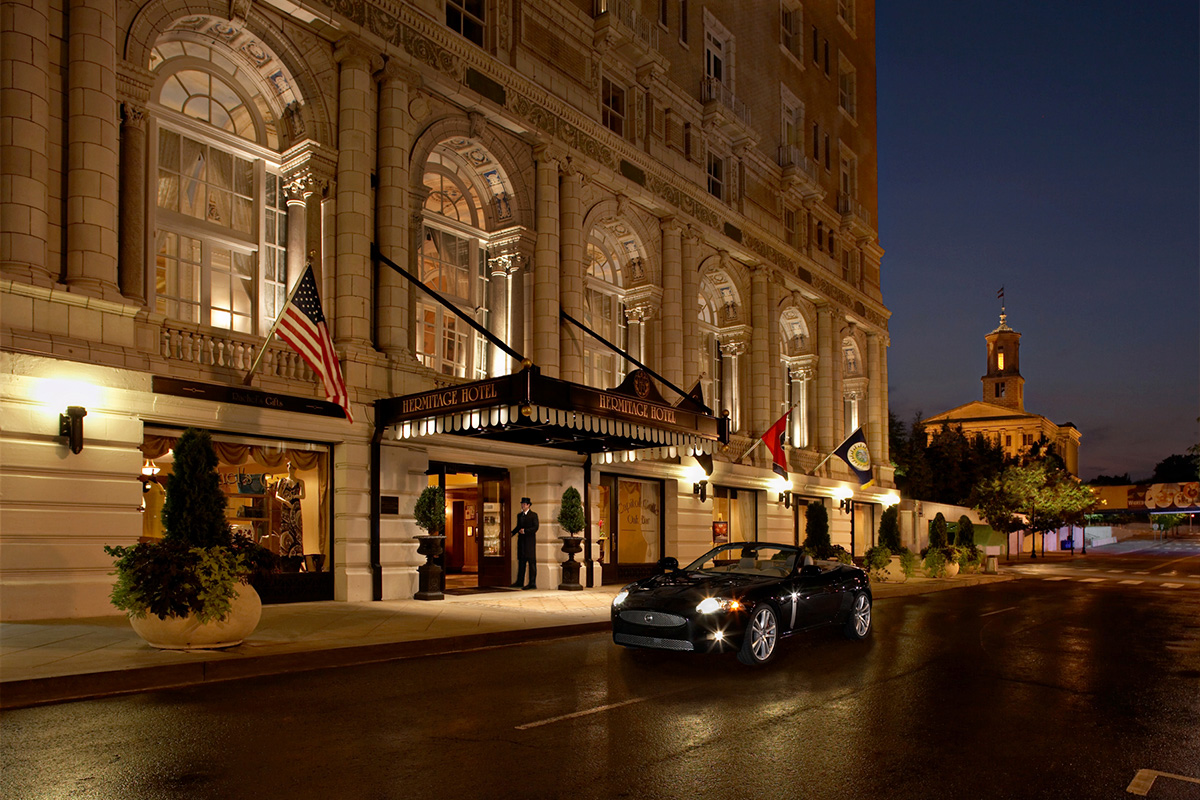 Historic Hotels of America is proud to announce that the Hermitage Hotel in Nashville, Tennessee has been selected as the 2020 Historic Hotel of the Year.

“Congratulations to the ownership, leadership, and many associates at The Hermitage Hotel,” said Lawrence Horwitz, Executive Vice President, Historic Hotels of America and Historic Hotels Worldwide. “We are delighted to recognize this magnificent historic hotel and its historic hoteliers for their dedication, enthusiasm, stewardship, and leadership in preserving this iconic treasure and its stories for future generations.

With an illustrious 110-year history in the heart of downtown Nashville, The Hermitage Hotel is deeply committed to protecting and preserving its ties to the past and remaining a cherished historic landmark for the city. Known as Nashville’s original million-dollar property, The Hermitage is a timeless icon of Southern hospitality and the state’s most luxurious hotel.

When the Hermitage opened in 1910, it advertised its rooms as “fireproof, noise proof and dustproof, $2.00 and up”. It was designed by the Tennessee-born architect J.E.R. Carpenter and named for President Andrew Jackson’s estate, “The Hermitage”. J.E.R. Carpenter was one of the most highly-regarded architects in the U.S. who specialized in the design of upper-class apartment buildings in New York City. Many won Gold Medals from the American Institute of Architects from 1916 through 1928. Carpenter was educated at the Massachusetts Institute of Technology and at the Ecole des Beaux-Arts in Paris.

Commissioned by 250 Nashvillians in 1908, the Hermitage Hotel provided hot and cold circulating water which was distilled to avoid typhoid fever. Each guestroom had a private bath, telephone, electric fan and a device which indicated the arrival of mail. The Hermitage was a symbol of Nashville’s emergence as a major Southern city. As Nashville’s first million-dollar hotel, no expense was spared in its furnishings: sienna marble in the entrance; wall panels of Russian walnut; a stained glass ceiling in the vaulted lobby; Persian rugs and massive overstuffed furniture. Downstairs, adjoining the Oak Bar, was the Grille Room (now the Capitol Grille) which was built by German craftsmen and a design.

The Hermitage has enjoyed a long relationship with the music industry as Nashville became known as Music City and home of the historic Grand Ole Opry. Nashville’s first million-selling record, “New Year” was composed by the hotel’s band leader, Francis Craig in 1947, and helped the major recording companies to locate studios in Nashville. The hotel was the headquarters for the suffragette movement in 1920 as the state of Tennessee cast the deciding ballot in passage of the 19th Amendment giving women the right to vote. The Hermitage was also the home for eight years of legendary pool player Minnesota “Fats” where the hotel management installed a $3200 Steepleton billiards table on the mezzanine above the lobby.

One of the longest-serving general managers of the Hermitage was Howard E. Baughman who was highly energetic and able. He managed the hotel from 1929 to 1946 and was remembered by W.D. Brown who ran the hotel barbershop for forty-seven years:

He was really a hotel man. He was always busy. I would open shop at eight o’clock. At 8:05 every morning he would walk in my door. He had already started at the top and inspected everything hiking all the way down to the basement. There were always a lot of bellboys around in those days. If he started talking to someone in the lobby, he might motion to one of the boys. The bellboy know what to do. He went to the desk and got the man’s name and slipped it to Mr. Baughman, who always liked to call a guest by his name. He was as straight as he could be. He would do anything for a guest. If the hotel was full and a regular guest came in he would take him to his apartment. Baughman had an apartment on the sixth floor.

For many years, the Hermitage was the center of Nashville’s social and political life hosting everything from formal functions in its grand ballroom to pep rallies for Vanderbilt University’s football team. The Meyer Hotel Company leased the hotel from 1913 to 1956. In 1956, the Hermitage was sold to the Alsonett Hotels Company who, after years of difficulty and deterioration finally shut it down in 1979. The Brock Hotel Corporation, the nation’s largest independent operator of Holiday Inns, acquired the hotel and, after an extensive renovation reopened it in 1981. But Brock was not successful and in 2000 sold the Hermitage to Historic Hotels of Nashville whose stated business goal was to gain the AAA Five-Diamond rating. During a multi-year $17 million renovation and restoration project, architect Ron Gobbell used historic photographs as a guide for the faithful and interpretive restoration, with interior design work by ForrestPerkins LLC.

In the ballroom, where the burled walnut paneling had dulled thanks to years of deterioration and grime, crews worked tirelessly to remove the dirt and old varnish by hand. Once the wood had been stripped, they hand-applied three new coats of varnish to restore the paneling’s lustrous gleam. Throughout the various renovations, there’s one part of the hotel that has remained virtually untouched: the green and black Art Deco-style men’s room in the basement. Originally white tiled, it was remodeled in the WWII era. After rebuilding its shoeshine stand, the bathroom has become a landmark in its own right, even winning the title of “America’s Best Restroom” in an online contest.

Director of Finance at the Hermitage Hotel is Tom Vickstrom who is also a talented and impassioned hotel historian. His indefatigable research has resulted in a series of newsletters, “Reflections from the Past” which are written for the ever-growing circle of friends and associates who enjoy history and have a special sentimental connection with the Hermitage Hotel. The newsletters are chock-full of vintage photographs; stories about Hermitage guests, famous and infamous; family recollections; great memories; old menus; nostalgic wedding pictures; former employees; and Hermitage Hotel memorabilia.

The Hermitage Hotel was listed on the National Register of Historic Places in 1975. It is Tennessee’s only AAA Five-Diamond and Forbes Travel Guide Five-Star Award hotel.