Hutton Hotel is excited to welcome Executive Chef Seth Petitt to their culinary team. Petitt, who joined in February 2019, oversees all culinary operations of the hotel including catering, in-room dining, and the hotel’s restaurant. Petitt joins Hutton Hotel from Sage Restaurant Group as Urban Farmer’s Executive Chef which he lead the developed the restaurant’s culinary program through its openings in Denver, Cleveland and Philadelphia. In addition to overseeing Hutton Hotel’s culinary team, Petitt will be developing a new concept for the hotel’s restaurant slated to open in Summer 2019.

“I’m excited to join Hutton Hotel’s team and elevate the culinary experience with fresh concepts and ideas for all of the hotel’s unique outlets. It is inspiring to join a hotel that has been a part of the fabric of Nashville for more than 10 years and bring the culture of Music City to life inside these doors,” said Petitt.

Petitt discovered his love for culinary arts while working at a local steakhouse in his hometown of Cleveland, Ohio. From there he worked in the kitchens of the city’s trendiest restaurants before going to school at The Culinary Institute of America and graduating in 2005. After graduating, Petitt joined the culinary team at nationally acclaimed One Walnutin Cleveland, Ohio as Sous Chef where he created the restaurant’s seasonal menus and off-site event catering. Petitt joined the upscale steakhouse XO Prime in 2008 and over four years worked to become the restaurant’s Executive Chef.

In 2014, Petitt joined Sage Restaurant Group to launch the highly regarded Urban Farmer in Cleveland. The restaurant’s concept, a combination of an intentional and locally sourced menu, and an elegant yet warm atmosphere, led Sage to promote Petitt to Chef de Cuisine and eventually Executive Chef and open additional locations in Denver and Philadelphia. Petitt’s personal philosophy of rethinking of traditional concepts and infusing them with soul from his personal relationships with local farms, ranches and fisheries has lead Urban Farmerto become one of the restaurant group’s most successful concepts to date. 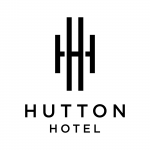