One in 10 Arizonans works in the hospitality industry, primarily hotels or restaurants. How all those people get their training is anyone's guess.

The field is so vast that training varies greatly, which can result in service inconsistencies, poor customer ratings and employee turnover.

A Scottsdale company, HMBookstore, is trying to instill uniformity with an array of more than 130 electronic learning or e-book courses that provide guidance for people working or planning to work in hotel or restaurant occupations.

Brad Irby took several courses when he started work at a hotel roughly a year ago. Now he's the general manager of Pima Inn & Suites in Scottsdale.

"I wasn't in the hospitality field before, and when you first start, it's kind of overwhelming," Irby said. "But (the e-books) put things into perspective so you can do the job."

The course on guest-services manager, for example, explains proper etiquette for answering phone calls and procedures for making reservations, taking messages, dealing with payments, logging wake-up calls, following up on complaints and more.

Employees taking this course also learn how to respond to challenges, from disciplining subordinates to spotting potential payment scams.

Kelly Staggs started working as an auditor at a Holiday Inn Express in Bloomington, Indiana. After taking several e-book courses, she advanced to front-desk manager.

"Some people have never done a particular type of work before," she said. "It really helps tremendously with new employees and their training."

New workers at her hotel take the courses before starting their first shift, she said.

HMBookstore was started a decade ago, almost as an afterthought by Tristar Hotel Group, a Scottsdale company that owns and operates roughly two-dozen hotels and manages other properties.

"We were buying hotels and taking over their management," said Ken Edwards, Tristar's owner. "We found the level of training across the board was weak." 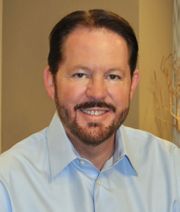 The focus of the e-book courses, which are mostly sold to hotel operators but also can be purchased by individuals including Airbnb hosts, is in providing consistent, high-quality service rather than technical skills like repairing a broken faucet or mixing a margarita.

"We tell them how to smile while answering the phone so they now sound more engaged," Edwards said. "We teach service skills."

The courses are straightforward, often outline the material in bullet points and feature quizzes after each section, without a lot of fancy graphics or visuals. Some are interspersed with pithy quotes from researchers or business leaders such as Jack Welch, the retired CEO of General Electric, and even Vince Lombardi, the gritty pro-football coach.

Hotel operators say the e-book courses can save them time.

"It was a game changer for us," said Ryan Zeleznak, a Scottsdale owner of three hotels in Indiana, including the one where Staggs works. "It's more efficient than constantly going through the (training) process, and it leveraged our time better."

New employees, or existing ones, can take the courses at their convenience, he said. More information can be seen at hmbookstore.com.

More than 250 hotels are using the courses, Edwards said.

Zeleznak said the courses helped to improve his company's ratings on TripAdvisor and in internal ratings conducted by International Hotel Group, of which he is a franchisee.

Many hotels and restaurants hire people with little prior training, often on a part-time or casual basis. "Due to this practice, many hotels have high staff turnover," wrote analyst Rachel Hyland for industry researcher IBISWorld in a 2018 report. "There is a constant need for recruitment and training, which can be costly."

“It's one way to bridge the (education) gap.” Ken Edwards, owner of Tristar Hotel Group and CEO of HMBookstore

Edwards said the courses can improve employee engagement, resulting in less job dissatisfaction and lower turnover. Each course takes about 60 to 90 minutes, with employees receiving a certificate upon completion.

For many workers, it's the only formal training they receive, as many hotel and restaurant jobs don't require a college education or vocational training.

"It's one way to bridge the (education) gap," said Edwards. Hospitality is an industry where a person can rise to the level of, say, general manager without a college degree, he added.

The courses can be viewed on desktop computers, tablets or smart phones. Some are in Spanish.

Costs vary. Individual books generally start at $29.95 per course (or $19.95 with quantity discounts). Airbnb owners often can use tips to improve their customer-satisfaction ratings, Edwards said. Courses geared to Airbnb hosts cover topics such as ensuring security and avoiding prejudice.

Mark Molinaro, a lecturer focused on the restaurant industry in Northern Arizona University's School of Hotel and Restaurant Management, said he wasn't familiar with the e-books offered by HMBookstore. But he agreed these types of courses can make a difference in a field where training often is lacking.Some courses are geared specifically to restaurants.

"Some restaurants don't let you do certain things until you meet certain requirements, but others might not invest much at all because turnover is historically high," he said. "When a company has a commitment to people, new employees will feel that."

Given that a young adult might change jobs eight or more times over a career in the hospitality industry, these sort of courses can provide a backdrop of consistency, he said.

Irby credits some of the e-books with helping him transition into the industry and build on his skills. "You can always take more courses to improve what you do," he said.