Series A round was led by Notion, with participation from HenQ and Thayer Ventures

London, 4 June – Mews, the cloud-based Property Management Software platform, has announced the close of its €6m Series A funding round. The round was led by Notion, with participation from HenQ and Thayer Ventures.

The funding will be used to accelerate its mission to automate the hotel, democratise knowledge aroundthe hotel technology ecosystem and encourage connectivity within travel to enhance the overall guest experience. The funds will also be used to open new offices around the world to support its fast-growing customer base.

Mews’ intuitive hotel management platform facilitates everything from online check-ins and payments, to booking management and staff training. It’s the first fully open platform fit for purpose in today’s rapidly evolving experience economy – allowing every kind of tool and app to connect through its API to enhance both the hotel back office and guest experience.

Mews was founded in 2012 by entrepreneur and ex-hotelier Richard Valtr, who was driven to build the Mews platform after experiencing the inadequacies of existing hotel software systems for himself. The company counts Different Hotels, Machefert, Clink and Wombats as customers and has over 43,000 beds in 350 properties. It was recently named the most integrated product in hotel technology by HotelTechReport.

Richard Valtr, Founder of Mews, said: “Mews’ mission is to help hotels and hostels automate their operations so they can focus on their guests, which is what the industry has always been about. We want to build the nervous system for hotels that all apps and tools for both guests and hosts can be plugged into. This new capital injection into Mews will facilitate our aggressive expansion plans and help us take the hotel industry, and hosting more widely, into the future.

“Until recently hoteliers were forced to rely upon a closed one-stop-shop PMS offered up by incumbent players who have held a luddite attitude towards the hospitality industry for years. The modern hotelier deserves more, and we’re here to empower them with tools that constantly adapt to modern requirements.”

Matthijs Welle, CEO of Mews, added: “In the last year alone we have expanded from 10 to 35 countries, grown revenue by 20% per month and expanded the team from one office with 25 employees to three and 80 employees. Seeing the company grow at such an accelerated pace has been humbling and is a testament to the strength of our platform and the calibre of our global team. This new round of funding gives us the firepower required to capitalise on the momentum we have built ever since Mews was founded six years ago.”

“We think the hotel industry is at a tipping point in terms of the way it uses technology to better manage their operations and transform the guest experience. We also believe that Mews can be a catalyst to this transition in an industry that has been slow to change,” said Jos White, General Partner at Notion. “In this way we couldn’t be more excited to be leading this investment in Mews and look forward to working with Richard, Matt and the team.” 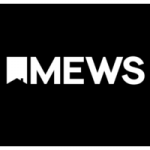 Mews makes cloud-based property management software that helps hotels, hostels and apartment groups automate their operations so they can focus on their guests. Founded by ex-hoteliers who were frustrated by the lack of a suitable platform on the market, Mews has built technology with a modern and intuitive interface with user experience at its core. The open platform allows hoteliers to quickly plug in their favourite apps, tools and services and to manage their PMS from any device and at anytime. Find out more at www.mewssystems.com.

Notion is a venture capital firm investing in the enterprise tech of the future, in the teams and companies that have what it takes to solve the biggest problems facing the business world, transforming entire industries in the process. The Notion team founded, built and exited two highly successful SaaS businesses — Star and MessageLabs and invests exclusively in enterprise tech and SaaS with the ambition to build category leaders. The Notion portfolio includes Brightpearl, Dealflo, FiveAI, GoCardless,Topia, NewVoiceMedia, Paddle, Currencycloud, Tradeshift, Triptease and Workable. For more information visit: www.notion.vc

HenQ Capital Partners, being a pioneer from the early 2000’s, is specialized in investing in early stage European B2B software companies, doing so from HQ Amsterdam. During their involvement HENQ actively contributes to growth by leveraging their experience, interconnecting portfolio companies and deploying specialists who help the companies achieve their goals, resulting in phenomenal graduation rates and top tier European exits. henQ has had the pleasure of building out companies like SEOshop, Mendix and StudyTube in previous funds, and currently has invested in companies such as ZIVVER, Impraise and Energyworx. For more information visit: www.henq.nl

Thayer Ventures is the only venture capital firm specifically focused on the travel and transportation industries. Since its founding in 2009 as Quest Hospitality Ventures, the firm has partnered with entrepreneurs to create, develop and build technology companies that will revolutionize the hospitality industry. Based in San Francisco, Thayer Ventures currently supports some of the world's leading travel technology companies, including Duetto, ADARA, TripBam, Liftopia, Sonder, and ID90T. Additional information is available on the company's website: www.thayerventures.com