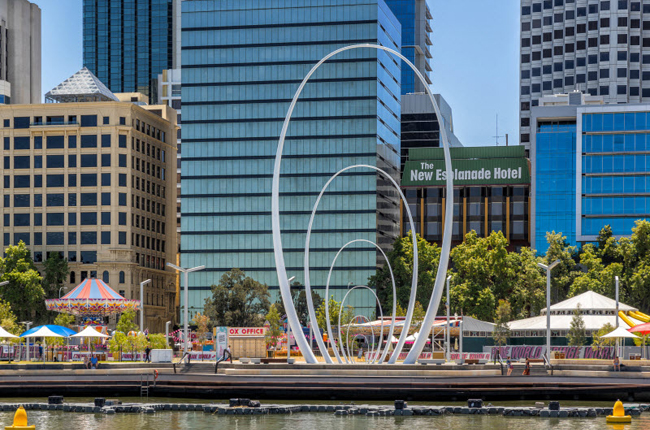 Partners to announce plan for major renovation in the coming months

SINGAPORE (August 8, 2017) — Louis T Collection and H&M Capital Pty Ltd have announced the signing of a management agreement pursuant to which Louis T Collection will oversee the operation of the New Esplanade Hotel. The hotel is located in Elizabeth Quay, Perth’s vibrant, newly developed mixed-use zone along the Swan River.

In addition to providing full management services, Louis T Collection, drawing upon extensive building solutions and architectural design expertise, will oversee the renovation of the 80-room property that will reposition the hotel in the market by returning it to its leading place among Perth’s top-tier hotels.

The original Esplanade Hotel, that opened on the site in the early 1900s, was for many years one of the city’s most prominent hotels.

“Given the changing face of the city with the new waterfront development surrounding the hotel, coupled with extremely favorable tourism numbers, the time couldn’t be better to bring the New Esplanade back to its former glory”, said Grant Healy, CEO and co-founder of Louis T Collection. “Our goal for the hotel is that it become Perth’s most desirable home for visitors, and, at the same time, becomes an important social and entertainment hub for the local community”.

According to Healy, details of the hotel’s renovation and launch of the repositioned hotel will be forthcoming over the next few months.

“With the refurbishment, we want to resurrect and retain the soul of the original Esplanade Hotel while introducing a fresh, innovative living experience, allowing the Esplanade Hotel to serve as one of the catalysts for the revitalization of the city of Perth,” said Jun Hao Tan, Director of H&M Capital Pty Ltd. “I have utmost confidence in Louis T Collection’s focus on maintaining the integrity and bringing forth the unique nature of each hotel in the collection. That´s exactly what we intend to achieve with the hotel.”

The relationship with H&M Capital is Louis T Collection’s first move in the Australian market and a special one for co-founder Healy who was born and raised in the Western Australian city.

International visitor count to the region increased by 12% in 2016, with nearly a million tourists touching down in Western Australia, according to Tourism Western Australia. 95% of those inbound travellers visited Perth. The number of travellers from neighboring Southeast Asia, including Malaysia, Indonesia, and Singapore, all increased as well as visitors from further afield such as those from China, India, and the USA.

Singapore-based Louis T Collection is an innovative new force in hospitality management and building solutions with hospitality ties spanning back more than a century.

The company’s extensive suite of services is designed to elevate both independent hotels and small hotel groups to the next level of success, while allowing them to maintain their unique charm and essence of location. Louis T achieves this through leveraging a diverse range of expertise and leading-edge technology alliances that optimize styling, improve market share, operational performance and profitability.