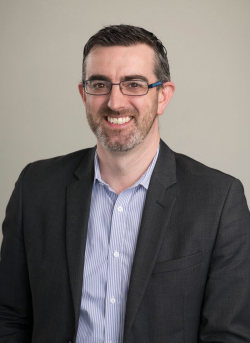 SINGAPORE (Oct. 8, 2019) – One of Western Australia’s newest boutique hotels, Quay Perth, has a new general manager. Tony Keane joins the hotel’s management company, Louis T Collection, this month. He steps into the role with an eye on developing the brand’s profile and leading the group’s first Australian property.

Keane brings with him over 10 years of experience in hotel management with his most recent role being hotel manager at Rendezvous Hotel Central Perth, where he managed the daily operations of the 103-key property since 2016. Prior to that he worked at Fraser Suites Perth for three years as operations manager.

The Brit-native also spent thirteen years with the Mantra brand of hotels, resorts and apartments with leadership positions at Mantra on Hay and Mantra on Murray, both in Perth, and a two-year general manager role at Mantra on Frome in Adelaide.

“Quay Perth has the opportunity to establish itself as the leading independent boutique hotel in Perth.” said Keane. “Our HQ Bar & Kitchen has already established itself in Perth’s dining scene as the new go-to place for spectacular views of Elizabeth Quay. Our uninterrupted views of the Elizabeth Quay Waterfront, the Swan River and Kings Park, and given that we are one of the first hotels in Perth to offer a 24/7 co-working space, makes us stand out from the rest of the market.”

The 80-room property opened in June 2019 after an 18-month long renovation that saw The New Esplanade Hotel being stripped back to its bare bones and transformed into Quay Perth. The hotel features a rooftop bar & kitchen, HQ; an all-day dining restaurant, Community at Quay; and a 24/7 co-working space, LEVEL NINE, that’s open to locals and hotel guests.