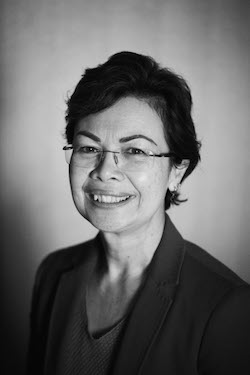 An Australian national born in Malaysia, Clark brings close to three decades of experience in hospitality to Louis T Collection, with a career that has taken her through Asia, the Middle East and Australia. Most recently, she was part of the pre-opening leadership team at the five-star, 468-room Viceroy Palm Jumeirah Dubai, where she served as executive housekeeper.

Fittingly, Clark returns to Perth where she began her hospitality career in 1990 as a food & beverage server at the Hyatt Regency.

Clark has been a member of pre-opening hotel teams for several five-star properties in mainland China, including the Park Hyatt Beijing, and Hyatt Regency hotels in Hangzhou, Dongguan, Jingjing City, Qingdao and Xian. She was also a member of the opening team and served as director of lifestyle for Armani Hotel Dubai. She was a rooms consultant for Park Hyatt Maldives and then rejoined the Park Hyatt Hotel Canberra in a management role.

“Quay Perth will be a vibrant new addition to Elizabeth Quay,” said Clark. “Returning to Perth to a hotel that will play such an important role in the revitalisation of the waterfront and in the community-at-large is one of the most exciting opportunities of my career.”

The 80-room Quay Perth will feature modern, Western Australia-influenced interiors. Dining options will include a lobby café and an indoor/outdoor rooftop bar and restaurant with sweeping views of the Swan River and promenade below. The entire ninth floor of the property will be a dedicated 24/7 collective work space.

The transformation of Quay Perth is operator Louis T Collection’s first project in Australia and the second large-scale repositioning project undertaken by the company.

Singapore-based Louis T Collection is a technology-driven hospitality management and building solutions company that draws upon a deep and diverse range of expertise to enable independent boutique, lifestyle hotels and small hotel groups to accelerate growth, market share and profitability.

The company believes strongly in delivering both ‘Soul and Systems’ as an equation for success. Through an extensive suite of fully-customisable services, including hotel management; cutting edge technology alliances; repositioning expertise; asset management; renovation, technical and project services, Louis T improves processes while maintaining each property’s unique charm and ensures that each hotel in the collection retains its essence of location while optimising operational performance.

Louis T draws its inspiration from Louis T Leonowens, one of the most revered and well-travelled foreign characters in Thailand during the 19th century. Leonowens came to Bangkok as a child and spent five years of his youth as a resident in Thailand’s Royal Palace. Later, after criss-crossing the globe, he returned to Thailand where he became a Siamese royal military captain, private timber trading magnate and eccentric hotelier.

Louis T Collection followed in its namesake’s footsteps by acquiring its first hotel in Thailand after the group formed in 2014. A member of the Getz Group of Companies, a global, marketing and services company with offices around the world, Louis T Collection currently owns and/or manages hotels in Thailand, Sri Lanka and Australia.  For more information, visit www.louistcollection.com.