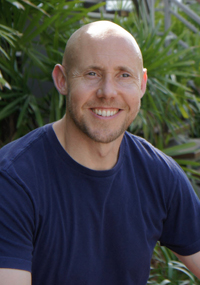 BANGKOK, Thailand (June 20, 2017) – Seasoned hotelier Niklas Wagner is set to guide Louis T Collection through its next phase of development in his role as director of operations for the group’s latest hotel debut and a newly renovated property.

Wagner joins the hospitality and building solution’s team at a pivotal time with the opening of Hotel Bocage in Hua Hin, and the re-opening of the collection’s flagship hotel, Mantra Samui Resort, on the idyllic island of Koh Samui.

In addition to his overarching role as director of operations of both properties, Wagner will also assist the group on food and beverage concepts and operations, a role in which he’s keen to manifest a guiding philosophy of Louis T.

“A Louis T hotel is a unique, independent hotel that’s driven by human interaction,” said Wagner. “After all, truly happy guests remember the individuals and experiences that made their stay special and that’s what our team delivers. I want to lead teams that can pivot quickly to adjust to changing guest behaviours without being restricted by corporate structures and over complicated procedures. We should be evolving constantly and avoid being stuck in the status quo."

Before embarking on his journey with Louis T Collection, the German-native held senior management roles with Four Seasons and Hyatt in America, Qatar, Hong Kong, Vietnam, Korea and in his hometown Hamburg.

"Niklas is a very dynamic individual with a fine appreciation for food and beverage and flair with people,” said Grant Healy, CEO of Louis T Collection. “He is also very business savvy and will play an important role for Louis T Collection. What stands out with Niklas's professional background is that he has pursued a career with some of the best chain hotel groups as well as ventured into his own entrepreneurial efforts in the freestanding restaurant space".

Louis T Collection’s upscale boutique property, Hotel Bocage, opened in Hua Hin in April in partnership with prominent Thai architect, Duangrit Bunnag. The hospitality and building solutions group acquired its Samui property in 2015 and reopened it as Mantra Samui Resort earlier this year after extensive renovations to its rooms, lobby, pool and the addition of a new spa.

Louis T Collection is an innovative new force in hospitality management and building solutions with hospitality ties spanning back more than a century.

The company’s extensive suite of services is designed to elevate both independent hotels and small hotel groups to the next level of success, while allowing them to maintain their unique charm and essence of location. Louis T achieves this through leveraging a diverse range of expertise and leading-edge technology alliances that optimize styling, improve market share, operational performance and profitability.