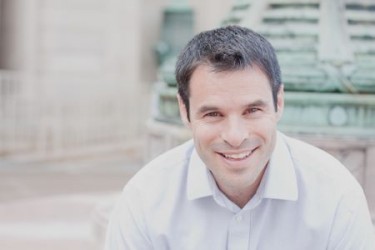 Since it first emerged on the hospitality scene in the 1990s, the resort fee has become increasingly commonplace, extending beyond a few resort-dense tourism centers to destinations throughout the U.S. While the practice has drawn scrutiny from the Federal Trade Commission, and press and consumer feedback has been less than enthusiastic, within the hotel industry resort fees have been increasingly embraced as revenue drivers and accepted even as a competitive necessity.

Recent years have seen such fees, and revenues associated with them, grow steadily. In fact, Bjorn Hanson, a clinical professor at New York University’s hospitality school, projects that once the data is tallied, U.S. hotels will have collected a record $2.25 billion in total fees and surcharges in 2014 alone, of which he notes 80 to 90 percent is pure profit.

With numbers like that, it would seem foolhardy to buck the trend. But that’s exactly what Whiteface Lodge did in 2012 and the results are proving it to be among the smartest business decisions we have made.

In 2012, Urgo Hotels & Resorts took over management of Whiteface Lodge and made the radical decision to go “resort inclusive,” a term we coined to signal our parting from the nickel-and-dime approach. The rationale behind “resort inclusive” was to make it easier for our guests to assess the true cost of a stay and ensure a convenient, stress-free experience from booking through check-out. Not only did we eliminate Whiteface Lodge’s existing resort fee, which started at approximately $40 per night and up, but we added more amenities to those included in the room rate in order to create a guest experience that would exceed expectations. In doing so, we hoped to drive loyalty and generate positive word-of-mouth recommendations.

As a result, Whiteface Lodge guests now enjoy a wide variety of complimentary amenities – some new offerings, others that previously incurred a charge. Among them are Wi-Fi, valet parking, shuttle service, equipment rentals for a range of outdoor activities, complimentary buffet breakfast, a complimentary children’s program, movies and popcorn, bowling, nightly bonfires, afternoon tea, fresh-baked cookies at turndown, and other daily treats.

A moderate rate increase has kept the Lodge competitive while partially offsetting the value of these amenities, which we estimate at more than $250 per day. We also instituted systems to manage costs and track inventory for items such as afternoon tea, nightly s’mores, and homemade cookies at turndown, allowing us to invest more in the guest experience where it counts, while operating leaner behind the scenes.

The Proof is in the Data

Since Whiteface Lodge began its bold experiment, the resort has boosted revenues by 44%. A comparison of 2011 to 2014 data shows increases across the board, including:

While there was early speculation that the room rate increase would negatively affect occupancy and RevPOR, this never materialized. Instead, given the time lag between booking and arrival, we have found that guests on property tend to think less about the price they were quoted when they made their reservations and focus instead on the fact that they’re not being hit with additional fees – particularly for services they may or may not use during their stay. As a result, guests are willing to spend more freely on food and beverage, additional spa services, and private boat rides.

Guests are also sharing their enthusiasm for the experience. Since our resort-inclusive debut, Whiteface Lodge has seen a five-fold increase in online reviews per quarter, and a bump in TripAdvisor rankings from #7 to the top spot among our competitive set. The take-away: creating value really does pay.

Chris Pulito serves as Whiteface Lodge's general manager. He joined the luxury lodge in 2012, leveraging more than 16 years in the hospitality industry to run this one-of-a-kind, all-suite property in Lake Placid in the Adirondacks.
Pulito relocated to Lake Placid from the New York Finger Lakes, where he served as chief operating officer and co-founder of Mirbeau Hospitality Services. This position developed from his dual role as general manager and spa director at Mirbeau Inn & Spa in Skaneateles.

Before joining the Mirbeau team in 2007, Pulito was spa director at the Four Seasons Hotel New York. He was previously spa director at Stoweflake Resort and Spa, joining the Vermont resort in 2002 to open its 50,000-square-foot spa and wellness center, and held the same position earlier at Rockresorts' Avanyu Spa at La Posada in Santa Fe, New Mexico.

Pulito launched his career at Topnotch Resort and Spa in Stowe, Vermont. Over a five-year period, he served in a variety of roles, including fitness, club and spa director.

A graduate of Johnson State College in Johnson, Vermont, Pulito received a Bachelor of Science in Exercise Physiology. He is a member of the New York Spa Alliance and the International Spa Association, and is an ACE Certified Personal Trainer. An avid skier, Pulito lives in Lake Placid with his wife and son.