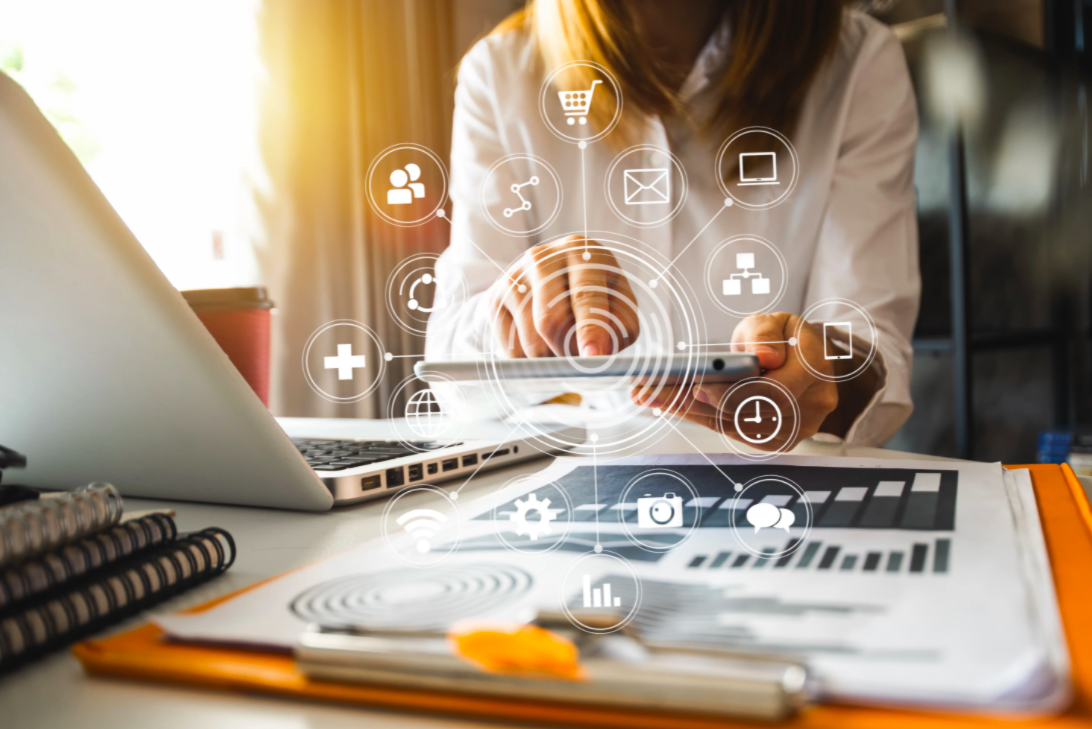 Over the past decades, marketing practice has increasingly focused on creating online interactions between organizations and their consumers. This shift is spurred by multiple developments, such as the growing internet penetration, the increasing sophistication of devices, as well as the greater connection speed that network technology offers. The increasing relevance of digital marketing is underlined by the significant increase in spending on digital advertising, which is estimated to grow from $335bio to $645bio in the period between 2019 and 2024.

Digital marketing refers to a set of different digital tools that are used to engage consumers anywhere and at any time. Digital marketing thus is an umbrella term for a company’s efforts in e-mail marketing, social media marketing, mobile marketing, display advertising, search engine marketing, and viral marketing. Companies such as Google or Facebook allow for precisely targeting consumers based on information that consumers reveal through behavioral signals, such as browsing history or their prior (online) purchases.

When working on its digital strategy, there are several important decisions a company has to take. The first one is about the type of media it will use. Media is distinguished based on:

This refers to all media that a company owns, including its website, blogs, publications or journals, as well as its posts on social media. The advantages of owned media are the company’s high level of control over the published content and that publishing this content is free. At the same time, consumers perceive owned media as less objective as they represent the voice of the company. Owned media are also unlikely to play a key role in customer acquisition given that consumers who have not heard about the company are rarely exposed to a company’s content.

In contrast to owned media, these are not in control of the company. However, they are free of charge. Examples of earned media are references of a dining experience in a restaurant or a stay in a hotel. As the company is not the author of such media, it cannot directly control the content. A company can only feed bloggers or influencers with specific content that they eventually publish. Despite the loss of control of companies, such media are highly relevant as consumers perceive them as more objective than owned media.

This refers to all media that a company pays for, including digital advertising such as search engine advertising (i.e., ads that increase the company’s ranking on search engines like Google) or display advertising (i.e., banners that are shown on various websites like the New York Times). The key advantage is that the company has control on when (date/time), where (location), and what (content) it communicates. Nevertheless, the company needs to pay for such communication and additionally, consumers perceive the content as less authentic and less credible than other content.

Creating awareness is not only important when a company launches new offerings, but also when it tries to reach new customer segments. As consumers who are not aware of a company, its services or a new services, are unlikely to search for it, the company must take in an active role in reaching consumers. Several ways of doing this exist.

First, companies may choose to earn media coverage. The success of this strategy primarily depends on whether the company’s novel services are worth talking about. For instance, if a company offers novel services that can be easily covered by bloggers or influencers, then distributing content to them can be successful to generate awareness.

If this strategy is sufficient, a company may no longer need to invest heavily in paid media. However, if the company fails to create sufficient awareness for its offerings, it may be required to invest in paid media. For instance, display advertising may allow target customers on websites that they may likely be interested in. Similarly, investing in search engine advertising could efficiently increase customers’ awareness of a company’s services. Notably, this search engine advertising should primarily focus on non-branded keywords or branded keywords of the company’s competitors, given that no previous awareness of the company and its offerings is assumed.

A second goal of the digital marketing activities of a company could be to inform customers. Typically, providing information should be particularly focused on consumers who have already been aware of a company’s offers.

If a company’s key goal is to inform consumers, the company cannot simply stop at raising awareness but needs to follow up with concise information about its services. This might require significantly redesigning the display advertisements such that they not only grasp the attention of consumers but also provide information on the offerings. Video advertisements might suit well in attaining both goals. Additionally, advertisements that reach consumers at moments where they are willing to dedicate more attention to such information could be chosen. Therefore, owned media play a much more significant role when the goal is disseminating information. Companies could create landing pages on a company’s website that display detailed information.

Search engine advertising also plays a much bigger role when consumers are already aware of a company’s products. Search engine advertisements are not restricted to Google only, other search engines might be found on service-specific aggregator websites, such as Booking.com (e.g., for travel-related services) or yelp.com (e.g., for restaurants). Nevertheless, in contrast to the awareness creation goal, with information dissemination as a goal the company should use branded keywords or keywords related to the company’s services.

The next goal of digital marketing may be to drive purchases. To entice purchases, a company may use their digital media in a way to facilitate consumers who are already considering buying from that company. For purchases, owned media are playing a more significant role than the other media types. As interested consumers normally have already collected information of the company (e.g. website, social media), the goal is to incentivize these consumers to make a purchase. Therefore, a well-designed website that is orchestrated with the other owned media of the company, for example, is a key pillar in driving purchases. Additionally, creating social media posts that give customers a direct opportunity to purchase (also known as shoppable posts) will remove unnecessary steps in the transaction and ultimately increase the likelihood of a purchase.

Paid media could also play a large role in motivating purchases. Consumers oftentimes are already in a purchase mindset when they are searching for a brand’s products, thus, especially those consumers who search for specific products should be provided with direct links to making a purchase. This may be the product site that is again directly linked to making a purchase online or a link to an offline service that allows making a purchase. Also, shoppable ads—where consumers are able to directly purchase a specific service by clicking on the ad—may reduce any friction for consumers and directly forward them to purchasing the services that were presented in an advertisement. This novel form of advertisement makes it convenient for consumers to make more spontaneous purchases.

Most companies nowadays do not only target purchases, but also aim at turning their customers into brand advocates. To do so, a company can primarily draw on owned media or earned media.

First, consumers who have made a purchase could receive additional content via earned media. Facilitating brand communities, seeding social media sites (e.g., Facebook profiles) continuously with new material can be considered in this stage. This oftentimes requires disseminating content on owned media that is of particular interest to individuals who have already made a purchase. Likewise, viral marketing campaigns may play a more important role here as they could use the then-established customer engagement to further create interest in a company’s services.

Second, earned media can play a larger role in getting consumers engaged with the company’s services. Blogs posts or other earned media content can effectively facilitate consumers in this phase and reassure them that they made the right decision and that they will advocate for the company.

Conclusion: the key to a successful digital marketing strategy?

Crafting a digital marketing strategy is not an easy task. Companies need to choose between various tools—owned, earned, and paid media—to efficiently attain their promotional goals. The choice primarily depends on the goal of the marketing campaign – whether the company is aiming at creating awareness, whether it wants to communicate detailed information on its products, whether it wishes to directly entice consumers to make purchases, or whether it wants to engage them. Such strategies might be complex and oftentimes the different media work best when combined. Thus, close coordination of the many available tools is key to a successful digital marketing strategy. 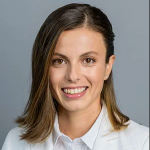 Understanding Consumer Behavior: How to Influence the Decision-Making Process
Sonesta Resorts Sint Maarten Select STS Cloud, ProposalPath and e-Signature to Enhance Group Business Across Oceanfront Properties
The Top 5 Drivers of a Successful Company Service Culture
CSR Adoption in Independent Hotels: The Drivers and Barriers
Introducing Cloudbeds Amplify: The Intelligent Digital Marketing Solution Driving More Direct Bookings for Independent Hoteliers
HotelSiteXPRESS Helps Hotels Thrive With Affordable Website Solutions
Invasivorism as the Next Food Trend for Hotels
The Role of Unemployment Benefits in the Current Labor Shortage
Vizergy® Teams With Sabre Hospitality at AAHOACON 2022 in Baltimore
The Cookieless World is Already Here. Are You Ready?
Knowland’s Meetings and Events Report Indicates March Meetings Up 55 Percent From February
Understanding Distribution: OTA Channels
How Business Model Innovation Can Boost SMEs in Times of Crisis
Business Opportunities: Is the Metaverse the Right Way to Go?
The Hotel of the Future: Interview With GM About Technology in 2030
What Is Servitization?
HSMAI to Honor GCommerce Solutions With Bronze Adrian Award for Outstanding Travel Marketing
Inclusivity Is the Key to Gender Diversity: Open the Door Please!
Travel Brands Need to Use Social Media to Directly Engage With Younger Cohorts
Lodging Interactive Selects ReviewPro to Power Its CoMMingle:Engage Reputation Management Services