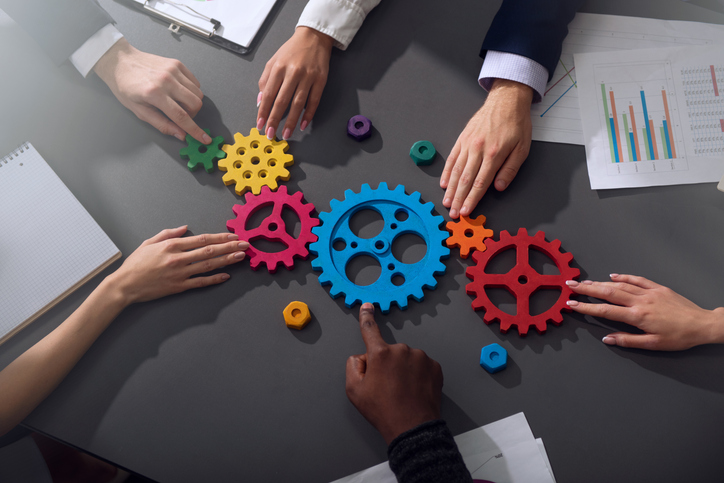 By Larry and Adam Mogelonsky

The recovery in the leisure sector is imminent, and we argue that small groups aren’t far behind given that ‘revenge travel’ also implies a strong yearning to reconnect and congregate. A return to healthy numbers won’t be evenly spread across all hotels, though. It will favor those properties and those organizations that are already prepared for a diverse range of ramp-up scenarios, with others leaving revenue on the table by not having plans in place prior to this next phase.

While hotels could hardly have predicted or prevented the advent of COVID-19, what we’ve witnessed in the latter half of 2020 is an industry that’s largely reactive to macroeconomic forces. Many operators have hinged their hopes on a near-complete reversal to 2019 demand levels and guest expectations without any earnest consideration for structural innovation and becoming more adaptable to the increased volatility in the market. Luckily, there are a few shining stars that highlight where hospitality needs to be for the decade ahead, and we’re excited to present one such case herein.

Newport Hospitality Group (NHG) is a management company that’s been operating for 30 years and now has over 50 managed properties in its portfolio spread all along the Eastern Seaboard. Most fascinating for our current conversation is that the organization has some inherent ‘antifragility’ (to borrow a term from the brilliant statistician and option trader Nassim Taleb) in that it thrives relative to its comp set not only during good times but also during periods of economic turmoil.

Upon reviewing their annual RevPAR growth metrics, they’ve beaten their respective markets in every year since 2005. Emphasizing this is that during the calendar year of 2020 NHG dropped 7.9% less than the US RevPAR average and the company also added 10 properties to its portfolio. This echoes their relative CAGR for the recession of 2008-09 where they also substantially beat the market.

Success Starts at the Senior Level

In trying to decipher the secret to the longstanding NHG playbook, we had an extensive discussion with Wayne West III, NHG’s President. He explained that success during turbulent times hinges upon decisive attention at the senior level combined with a thorough comprehension of the roles and responsibilities for the onsite operator, the corporate office team and the owner. Finding the best alignment amongst these entities – which may or may not have different goals – is an initial step that is often overlooked.

So much time is spent in planning meetings and getting approval for changes and new initiatives that operations can easily get bogged down through ‘decision by committee’. In particular, hospitality is more exposed to this problem than other industries given our highly vertical organizational structures and lack of monetary empowerment at the property level. These types of inertial situations can easily be exacerbated by conflicting visions and orders stemming from the three-headed, ‘Cerberus-like’ discord amongst the owners, brand and management company. The key is to find a balance of responsibilities.

“In many ways, the hotel industry’s current situation is like a street race,” quipped West as he explained how immobility can compromise a hotel’s success. “You don’t start revving your engine when the light turns green. You rev in neutral so that you can fly out of the gates once the countdown hits zero. This resembles the state of many hotels as we gear up for a roaring Q3 and Q4. At NHG, we established a playbook for swiftly reacting to hard times even before the Great Recession to the point where it’s now baked into our culture. All our managed properties have a clear chain of command and are staffed up to handle a surge of both transient guests and group RFPs.”

Indeed, one case where having alignment at the senior level is mission critical pertains to the reemergence of groups, starting with reunions, corporate retreats and wedding receptions later this fall in advance of larger MICE-type travel sometime in 2022. With those small group gatherings taking place in the autumn or winter, the planning starts in late spring or early summer, and hotels must have a sales team and group rate plan fully set up to win these contracts.

To this end, one reason for NHG’s success versus its comp set in 2020 was because it retained its sales team throughout. This meant that they were fully ready to enter any negotiation with attractive offers and coronavirus-specific programs such as full-floor or section buyouts and operational staff pods to limit cross-exposure.

To ingrain the first lesson above, far better than a lengthy deliberation over the best possible approach is to implement a reasonably satisfactory course then act quickly to adjust the plan as market conditions evolve. To enable this ability to pivot, onsite leaders must have a certain degree of autonomy and freedom to act within a proscribed framework. But how do you develop a culture of empowerment?

One critical point that West highlighted to that end was succession planning and how many hotels aren’t prepared for a return to normalcy because they furloughed too many of their team members. This is especially evident for sales teams, whereby without key managers kept up to speed on a property’s event capabilities, each RFP cannot be addressed through a preestablished process. This results in teams constantly playing catch-up and reacting week-over-week to new inquiries rather than looking ahead to new initiatives that will advance the hotel’s revenue prospects.

To ensure this type of problem never sets in, NHG prides itself on promoting from within and executive retention, with nearly half of their senior teams staying with the company for over a decade and nearly a quarter staying for over 20 years. A sharp focus on retention like this means that the onsite operators are totally in sync with ownership and the corporate office, intrinsically knowing how to implement the latter’s directives and hastily deploy resources to make those changes a reality.

“A property is only as good as its GM,” remarked West to close out our talk, succinctly describing how, if the GM gives his or her managers a clear and actionable plan without backtracking or indecisiveness, then success is all but guaranteed. In this sense, nurturing great teams, especially during hard times like the current pandemic, is vital for decreasing conflict and aligning operations prior to periods of increased demand.

Particularly at the senior level, the time to make your organization nimble and imbue a clear command structure for rapid action was yesterday. But, with hindsight being what it is, a close second place would be today. It’s never too late to chart a course for a profitable decade ahead, and our hope is that you can learn from this brief examination of NHG to see how you can create a culture of success.

About Larry and Adam Mogelonsky

Together, Larry and Adam Mogelonsky represent one of the world’s most published writing teams in hospitality, with over a decade’s worth of material online. As the partners of Hotel Mogel Consulting Limited, a Toronto-based consulting practice, Larry focuses on asset management, sales and operations while Adam specializes in hotel technology and marketing. Their experience encompasses properties around the world, both branded and independent, and ranging from luxury and boutique to select-service. Their work includes six books “Are You an Ostrich or a Llama?” (2012), “Llamas Rule” (2013), “Hotel Llama” (2015), “The Llama is Inn” (2017), “The Hotel Mogel” (2018) and “More Hotel Mogel” (2020). You can reach Larry at [email protected] or Adam at [email protected] to discuss hotel business challenges or to book speaking engagements.

Five Principles to Guide Hotel Tech Evaluations for 2023
Wine in Nine Steps for Revenues in Autumn 2022
‘Accelerate 2022: Maestro PMS’s In-Person Users Conference’ Helping Hoteliers Thrive & Navigate Change in the New Normal
Cost-Efficient Hotel Operations Doesn’t Necessarily Mean Cost Cutting
The Travel Surge Highlights the Need for Great Prearrival Communication
Lessons for All From a Five-Star Travel Recovery Trip
Vast New Profit Opportunities With Integrated Business Intelligence
Ten Hotel Possibilities for the Metaverse
Why Wellness Versus Illness Matters as a Hotel Profit Center
Why More Hoteliers Are Flocking to the Cloud: What You Need to Know if You Haven’t Already Made the Migration
Should Hotels Complete a Reserve Fund Study
Looking Ahead to Where Hospitality Can Be in a Decade
Four Creatively Destructive Forces for the Hotel Industry
Meetings and Events Show Significant Growth of 334 Percent Over June 2021
Seven Tips to Stop Associate Churn
Ten Tips to Maintain Hotel Restaurant Margins During Ongoing Inflation
How Labor Shortages Can Impact Hotel Reviews and Long-Term Growth
Sonesta Resorts Sint Maarten Select STS Cloud, ProposalPath and e-Signature to Enhance Group Business Across Oceanfront Properties
Why Hotels Must Pay Attention to the Longevity Revolution
Revenge Travel in 2022: Are We Really Traveling With a Vengeance?