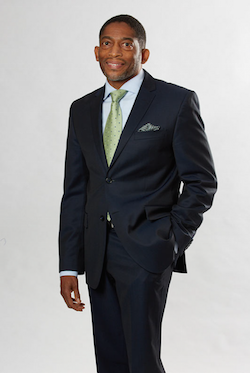 Leading the team as General Manager is Niles Harris, who oversees all aspects of the day-to-day hotel operations, from sales and marketing, revenue management, and guest experiences, to programming and food and beverage. Harris carved out an outstanding hospitality career spanning more than 30 years, holding key leadership roles in two of New York’s most iconic properties; the AAA Five Diamond Helmsley Palace and Essex House in Central Park, a Condé Nast Traveler “Gold List” Hotel. He has served as general manager and other key leadership positions for Omni, Nikko, IHG, Wyndham and Starwood Hotels – across major cities including Atlanta, Boston, Washington D.C., San Diego and Houston. Harris joins InterContinental Los Angeles Downtown most recently from Crowne Plaza Times Square Manhattan where he was the managing director for the IHG flagship property since April 2015. During his tenure, Harris earned the coveted “Make Your Mark” General Manager of the Year Award and served as chairman of the technology committee on the General Manager’s Leadership Council.

“I’m passionate about the people I work with every day, from housekeeping to reservations to finance – everyone has a story. I hope to build upon the culture and sense of community as I believe InterContinental Los Angeles Downtown will continue to elevate hospitality standards,” says Harris. 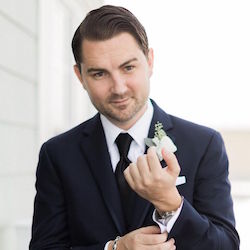 Hotel Manager Dieter Schmitz further drives the hotel’s demand to provide memorable guest experiences by overseeing all aspects of operations, revenue management as well as food and beverage. Schmitz has successfully led six hotel opening teams around the country and joins InterContinental Los Angeles Downtown most recently from his role with InterContinental Hotels Group as area general manager for the EVEN Hotel Times Square South, EVEN Hotel Midtown East and the Crowne Plaza HY36 Midtown Manhattan. During his tenure, he launched EVEN Hotels, opened the next generation of the Crowne Plaza brand and led EVEN Hotel Times Square South to be named one of the top 25 hotels in New York City on Trip Advisor. 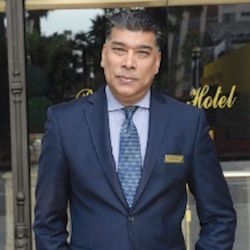 Leading the hotel’s food and beverage programs and concepts is Director of Food and Beverage Sunny Saha. Saha oversees the hotel banquet operations as well as six dining outlets. In his role, Saha’s focus is to further strengthen business and revenue goals – from leisure guests to large groups and conventions. Saha has years of hospitality experience and joins the hotel most recently from the Monarch Beach Resort as the senior director of food and beverage. Previously, he was the senior director of food and beverage at Millennium Biltmore Los Angeles. Saha is fluent in four languages: English, German, Italian, and French. 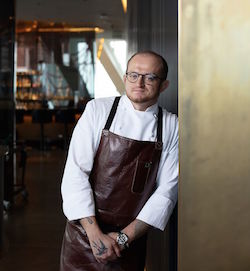 As Executive Chef, Igor Krichmar takes the culinary and hospitality experience at InterContinental Los Angeles Downtown to new levels. With an extensive background in fresh and simple cuisine, Krichmar leads the culinary charge by crafting menus and spearheading the hotel’s culinary mission, supervising kitchen staff and coordinating efforts in all dining outlets, as well as overseeing large-scale group and catering events in the property’s nearly 100,000 square feet of indoor and outdoor event space. Born in Kiev, Ukraine, Krichmar draws much of his inspiration from his grandmother and can attribute his early culinary passions to the time spent in the kitchen watching her cook for the household. Upon graduating from The Culinary Institute of America in Hyde Park, N.Y., Krichmar staged at The Fat Duck, a three Michelin star restaurant in Berkshire, England. Shortly after, he joined the Forbes Five-Star and AAA Five Diamond Wynn Las Vegas where he worked alongside Chef Alessandro Stratta at his two Michelin star restaurant, Alex. In March 2017, Krichmar joined InterContinental Los Angeles Downtown as part of the pre-opening team, in the role of executive sous chef.

InterContinental Hotels & Resorts has 187 hotels located in more than 60 countries with local insight that comes from over 70 years of experience. As a brand, we believe that superior, understated service and outstanding facilities are important, but what makes us truly different is the genuine interest we show in our guests. Our desire is to help guests make the most of their time. We connect our well-traveled guests to what’s special about a destination, by sharing our knowledge, so they enjoy authentic experiences that will enrich their lives and broaden their outlook. For more information, visit http://www.intercontinental.com, https://twitter.com/InterConHotels or http://www.facebook.com/intercontinental.