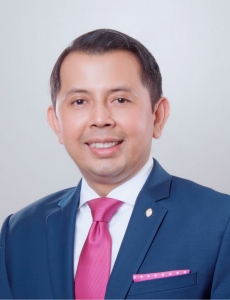 Joining the operations team as hotel manager is Zaw Oo, who brings over a decade of hospitality management experience to his role and will oversee all day-to-day operations and guest experience, bringing the InterContinental life to guest touchpoints.

Oo began his hospitality career at The Palace Hotel, a Luxury Collection Property of Starwood Hotels and Resorts in San Francisco. In 2010, he transitioned to the Omni San Francisco hotel and later made the cross country move to Omni’s flagship, the Omni Berkshire Place in New York. For nearly seven years, Oo maintained various leadership positions within Marriott International and their luxury brands, including director of rooms operations at the Renaissance Phoenix Downtown hotel in Arizona, and director of hotel operations – rooms division at The Westin Book Cadillac Detroit hotel. Most recently, he served as director of operations at the St. Regis Houston. Oo is an avid pilot and fluent in Burmese. 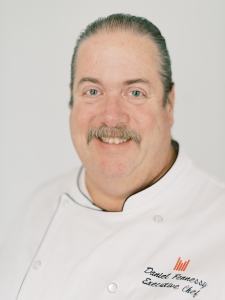 As Executive Chef, Daniel Fennessy brings nearly four decades of culinary and hospitality experience to his role and is tasked with leading the hotel’s extensive culinary division. He oversees all facets of the organization from menu development and kitchen supervision, to staff coordination and general day-to-day operations at InterContinental Los Angeles Downtown’s six acclaimed dining concepts, in-room dining, Club InterContinental lounge, and 100,000 square feet of meeting and event space. Fennessy’s culinary fusion is influenced by his melting pot of experiences through which he has gained a deep knowledge of various international cuisines and cooking styles.

Fennessy’s culinary journey began at the Los Angeles Culinary Institute with a focus on fine dining and successfully completed the Westin Hotels and American Culinary Federation Culinary Apprenticeship at the top of his class. He later transitioned to the Wolfgang Puck Grand Café at Gladstone’s Universal Citywalk where he held the role of executive chef and received the prestigious “Chef of the Year” honor by the Wolfgang Puck Corporation, an honor he calls “one of the proudest moments” of his career. In 2004, Fennessy took on the position of executive at Los Angeles’ famed Wilshire Grand Hotel, now the site of InterContinental Los Angeles Downtown. Most recently, he served as the executive chef of the historic Millennium Biltmore Hotel in Downtown Los Angeles. When he’s not in the kitchen, Fennessy can be found playing golf or spending time in Carpinteria Beach, Calif. with his wife and children.

InterContinental Hotels & Resorts has 187 hotels located in more than 60 countries with local insight that comes from over 70 years of experience. As a brand, we believe that superior, understated service and outstanding facilities are important, but what makes us truly different is the genuine interest we show in our guests. Our desire is to help guests make the most of their time. We connect our well-traveled guests to what’s special about a destination, by sharing our knowledge, so they enjoy authentic experiences that will enrich their lives and broaden their outlook. For more information, visit: