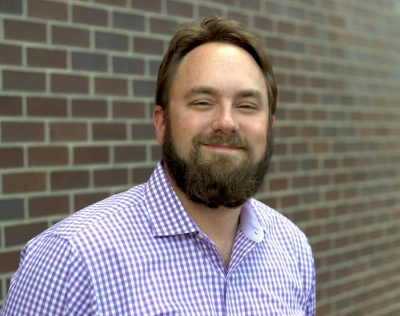 PARK CITY, Utah (August 19, 2019) – GCommerce has announced that Will Ferris, former Senior Vice President of Operations, will be filling the role as the organization’s new Chief Technology Officer. Mr. Ferris started at GCommerce in 2006 doing work for business development until he quickly moved into the Search Marketing department. His work developed one of the largest paid search accounts at GCommerce.

Mr. Ferris’ passion for innovation did not stop there. After his time working within the Search Marketing field, he assumed the role of Senior Vice President of Operations at GCommerce. In this position, he managed the day-to-day workflow of the organization, ensuring the highest quality of work put out by the company. Mr. Ferris was instrumental in installing a new management team and a company restructure that has driven bottom line profits and client retention. In recent years, Mr. Ferris has consulted with clients’ sophisticated technology needs, including the development of enterprise websites and engineering integration with their required partners. His new role will allow him to develop new corporate strategy to further enhance services for GCommerce clients.

“Will Ferris has been a visionary leader at GCommerce for many years. Amongst his many skills, Will thrives at recognizing and driving innovation in the digital marketing space,” said Scott van Hartesvelt, Founder of GCommerce. “By assuming this new role, Mr. Ferris will be afforded the time and resources to develop exciting new technology that will keep us and our clients advantaged against the competition. GCommerce is thrilled to have Mr. Ferris at the helm of this pivotal venture for the company.”

Will Ferris graduated from Hobart College in Geneva, New York with a B.A. in Political Science. Following his graduation, he was given a grant to study Humanitarian Law at Oresund University in Lund, Sweden before joining the GCommerce team.

Built on the belief that one-size-fits-none, GCommerce strives to eliminate the cookie-cutter approach to digital marketing. Catering to a wide variety of clients in the hospitality and tourism industry, GCommerce provides a customized, strategic, and client-focused approach to digital marketing. Services provided include, but are not limited to, search engine optimization and marketing, website design and development, display advertising, email marketing, content marketing, and social media advertising and consultation.

Boasting a robust and diverse clientele including industry-leading hotel management groups, luxury and boutique hotel brands, resorts and casinos, franchises and independents, and more. For more information, visit www.gcommercesolutions.com or reach out to [email protected].