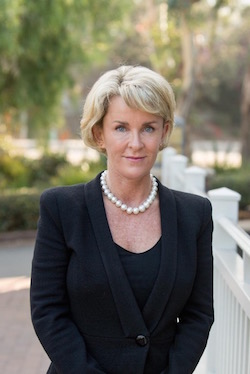 "We are thrilled to be appointing Anne-Marie to the helm of Montage Laguna Beach," said Jason Herthel, president and chief operating officer of Montage International. "Her breadth of experience and exceptional leadership will not only support the resort's continued long-term success, but will also be instrumental in delivering the comfortable and gracious hospitality our Montage Laguna Beach guests have come to covet and enjoy."

Houston joined Montage Laguna Beach in September 2017 as resort manager. Prior to Montage Laguna Beach, Houston worked with Six Senses Hotels, Resorts and Spas in Bangkok, Thailand, where she served as the corporate director of operations. Preceding her time at Six Senses Hotels, Resorts and Spas, Houston was the general manager for two Madinat Jumeirah properties in Dubai, Al Qasr, Dar Al Masyaf and Malakiya Villas.

Houston graduated from the University of Ulster in Northern Ireland with a degree in hospitality management and industrial studies.

Montage, set on a coastal bluff overlooking the Pacific in the heart of the vibrant arts community of Laguna Beach, offers 30 acres of oceanfront luxury. The 248-room craftsman-style resort features beachfront accommodations; a 20,000-square-foot spa; destination dining at Studio; a wealth of outdoor recreation, including three pools, beach and water sports; a fine art collection; and more than 20,000 square feet of indoor and outdoor meeting space. For information and reservations, please contact Montage, toll-free, at 1-888-715-6700; or visit the Web site at www.montagelagunabeach.com.