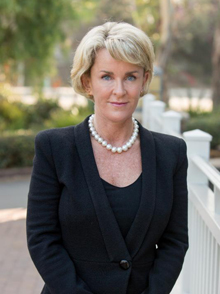 "Anne-Marie's business-minded mentality and innovative mindset is a perfect addition to Montage Laguna Beach," said Rick Riess, vice president of Montage Hotels & Resorts and managing director of Montage Laguna Beach. "Her vast exposure to the hospitality industry, internationally and domestically, will be beneficial to the resort's growth for continued success."

Houston joins Montage Laguna Beach from Six Senses Hotels, Resorts and Spas in Bangkok, Thailand, where she served as the corporate director of operations. Preceding her time at Six Senses Hotels, Resorts and Spas, Houston was the general manager for two Madinat Jumeirah properties in Dubai, Al Qasr, Dar Al Masyaf and Malakiya Villas. She also held director and managerial roles at The Peninsula and The Sukhothai in Bangkok, Thailand, as well as Brown's Hotel, part of Rocce Forte Hotels, and The Savoy Hotel in London, UK.

Houston graduated from the University of Ulster in Northern Ireland with a degree in hospitality management and industrial studies.

Montage, set on a coastal bluff overlooking the Pacific in the heart of the vibrant arts community of Laguna Beach, offers 30 acres of oceanfront luxury. The 248-room craftsman-style resort features beachfront accommodations; a 20,000-square-foot spa; destination dining at Studio; a wealth of outdoor recreation, including three pools, beach and water sports; a fine art collection; and more than 20,000 square feet of indoor and outdoor meeting space. For information and reservations, please contact Montage, toll-free, at 1-888-715-6700; or visit the Web site at www.montagelagunabeach.com.