Why Selling All Rooms by Feature Works

Why Selling All Rooms by Feature Works 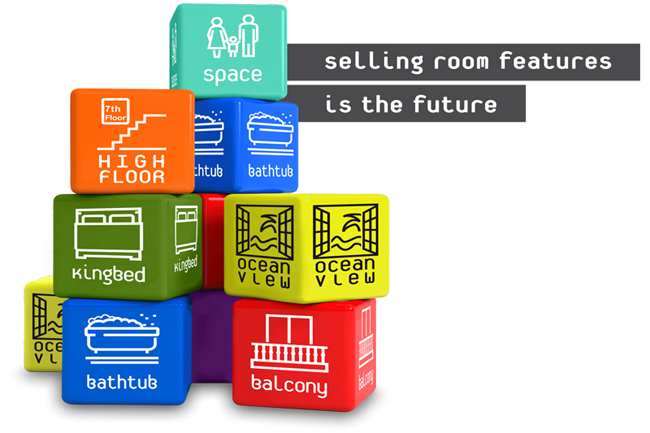 Distribution has become the core focus for hotels, and I’m not crazy enough to think this will change anytime soon (but I’ve been around long enough to know that change is needed). As a result, hoteliers are reluctant to make beneficial, high-return shifts in the way rooms are sold because of a preconceived notion that it won’t be compatible with current distribution.

Believe it or not, we can change this industry for the better and still properly provide availability to all the necessary parties (OTAs, GDSs, and so forth). Among the most impacting changes hotels can make right now is to sell rooms based on features: bed type, top floor/bottom floor, view, balcony, and so forth. Trust me, travelers want this far more than they want that new and improved mini bar or that mobile app. Meanwhile, hoteliers are beginning to realize that they have lost ownership of their rates, but they still need to be the masters of their inventory and availability. And if travelers demand specific features there is a way not only to monetize these, but also in the process make the booking flow simpler and more efficient, giving guests a real incentive to book directly.

Selling features requires continuous predictive room assignment far into the future. Contrary to general belief, this is fully compatible with current distribution systems. Why? Because the CRS is not the master of availability that hotels often fashion it to be. This belief is simply a by-product of our emphasis on distribution. If you think about it, the PMS is the only place that houses all categories of information about rooms—room blocks, reservations, out of order, housekeeping status, room number occupancy, overbooking limits, and allocations. And it makes sense that the PMS would house the most comprehensive information since it is connected to the actual hotel–you know, where the rooms physically exist.

When you begin thinking of the hotel as the real master of availability, you realize that rooms are assigned in the PMS by hotel staff. An assignment that is done manually, is short-term oriented, and limited in scope and quality by our inherent flaws. Instead, the PMS can feed a room assignment system that will use projected future assignments to compute the true availability of rooms and features for all dates in the booking window. This feature inventory engine (FIRE) can then feed your online booking engine without any change to the OTAs, the GDSs, the CRS, and even the PMS itself. These simply continue to book as they do today and these bookings flow to the PMS and from there to roomPulse, where in real time, every reservation is temporarily assigned a room. Unlike in a manual system of the same design, this also maintains the full flexibility that is required in a constantly changing, and largely unpredictable environment.

For feature selling to work properly, the hotel’s inventory must be viewed holistically, and room assignment is at the core of the process.

What you have left to sell is truly a function of the remaining rooms after you have accommodated all existing reservations. Let’s say you have two King rooms. Room A is on a high floor and room B is near the elevator. Room A is occupied today and tomorrow by someone who desires a high floor, room B is occupied on two subsequent days by someone who needs to be near an elevator. In most systems right now, you would sell a King room to be occupied over the next four days, as you have at least one King room available on each of the stay dates.

The unavoidable outcome of doing it this way is one of the following:

a. Guest desiring a high floor instead gets a low floor near elevator room -> one unhappy guest

b. Guest requiring near elevator instead gets a room on a high floor -> one unhappy guest

c. Guest needs to change room during stay, first near elevator, then on a high floor -> one unhappy guest

No matter what the hotel does, one of the three guests will be unhappy with the outcome. All the while, nothing was oversold according to the systems. You live this every day, but you may not have realized that it is NOT your staff’s fault for assigning rooms badly. In reality, it is a flaw that was built into the fundamental architecture of our systems.

Unlike any approach where the feature inventory engine becomes the center of the activity, by placing the reality of room assignment at the center and allowing the feature inventory to naturally emerge, we have created an approach that helps the hotel better fulfill guest requests as well as allowing the traditional distribution models to continue working as they do today. Hoteliers can now take bold steps into the future of distribution, while safely maintaining transparency and continued functioning of their existing distribution strategy.

Pierre Boettner spent his entire life between hotel operations and hospitality technology. In 1993 he pioneered an industry-first forecasting and pricing tool for Mövenpick Hotels and was later involved in many system innovations, helping hoteliers improve their distribution capabilities. Recognizing the increasing difficulty of managing rooms operations, he and long-time colleague Denis Bajet founded hospitalityPulse in 2013. This company has dedicated itself to solving the most complex operations tasks still requiring daily human intervention. Pierre Boettner is a graduate of the esteemed Ecole hôtelière de Lausanne.