MONTEREY BAY, CA – October 19, 2021 – The Sanctuary Beach Resort, a celebrated Independent Collection ® Hotels & Resorts property, today announced the appointment of two new members of the resort’s food and beverage leadership team. Hospitality operations leader Josh Kutcher has been named director of food and beverage and seasoned chef Chris Watts will lead the culinary team as the resort’s new executive chef. Together, Kutcher and Watts bring nearly four decades of experience and usher in the next era of culinary excellence at the storied coastal California resort.

“Josh and Chris each bring an incredible depth of experience and passion for outstanding culinary offerings and operations to their roles with The Sanctuary Beach Resort, said Jody Blackinton, regional vice president of operations. “A memorable culinary experience is a key part of the resort experience and we’re thrilled to have such talented, proven leaders as part of our team.”

A celebrated leader with a track record of excellence in hospitality and food service, Kutcher is a New York native who began his hospitality career in 2011 at Las Vegas’ Vdara Hotel & Spa as the property’s food & beverage manager. He then moved on to the Mandarin Oriental Las Vegas, now the Waldorf Astoria Las Vegas, where he served as the assistant manager for the Mandarin Bar & Tea Lounge and in-room dining. Kutcher also held food and beverage management roles with Trump International Hotel Las Vegas and Harrah’s Las Vegas Hotel and Casino before concluding his 17-year stint in Las Vegas and relocating to California where he accepted a director of food and beverage role with Harrah’s Northern California. In his role as food and beverage director, Kutcher was responsible for generating more than $4 million in annual food and beverage revenue while managing a team of nearly 100 culinary staff. In his role with The Sanctuary Beach Resort, Kutcher manages food and beverage operations for Salt Wood Kitchen & Oysterette, the resort’s signature dining experience, as well as in-room dining and events.

A Southern California native and award-winning chef, Watts found culinary inspiration through cooking and watching Julia Childs with his grandmother and growing vegetables in his backyard.  Citing a longtime love for the ocean and surfing, Watts spent past summers traveling to Indonesia to surf and explore and fell in love with the culture and cuisine. He found a passion for healthy eating while caring for his terminally ill father and began his culinary journey by attending the Le Cordon Bleu College of Culinary Arts in Pasadena, Calif. Upon graduation, Watts traveled to Australia to complete an externship with the Intercontinental Hotel Group before being hired as a sous chef at Ola At Turtle Bay Resort in Oahu, Hawaii in 2007 where he furthered his passion for fresh, locally sourced ingredients and indigenous produce. In 2009, Watts returned to California to assist with the opening of an organic garden-inspired dining concept at Treebones Resort in Big Sur, Calif., which further fueled his love of the farm-to-table culinary experience. He then moved back to Southern California after accepting a cook role with Newport Beach, Calif. staple The Resort at Pelican Hill, where he was mentored by celebrated French Chef Jean Pierre Dubray and honed in on combining French cooking techniques and flavors with coastal California cuisine.  Upon his departure from The Resort at Pelican Hill, Watts joined the Ritz-Carlton family and held positions including sous chef and executive chef at The Ritz-Carlton, Lake Tahoe and The Ritz-Carlton Destination Club in St. Thomas, U.S. Virgin Islands respectively before accepting the role of executive chef with The Sanctuary Beach Resort. In his current role, Watts is responsible for overseeing menu development and execution at Salt Wood Kitchen & Oysterette.

“Independent Collection Hotels & Resorts guests trust us to provide experiences that celebrate the respective local communities of our properties and both Chris and Josh have already demonstrated an understanding of this core value through culinary arts and leadership,” said Blackinton. “We are thrilled to have them both with us to continue elevating the food and beverage experience at the resort.”

About The Sanctuary Beach Resort 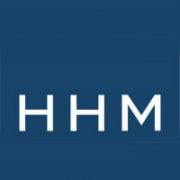 HHM operates 140 hotels across the United States. It provides turnkey hotel management, investment, and development services for independent hotels and leading brand affiliations through Marriott, Hilton, Hyatt, and Intercontinental Hotel Group in addition to its own Independent Collection® Hotels & Resorts, comprised of 24 independent hotels designed for those who see the world differently. HHM’s highly experienced team is accustomed to serving as a fiduciary to publicly traded companies, joint ventures, institutional real estate owners and private investors. Additional information on HHM can be found at hhmhospitality.com.