The Proper Usage of RevPAG

The Proper Usage of RevPAG 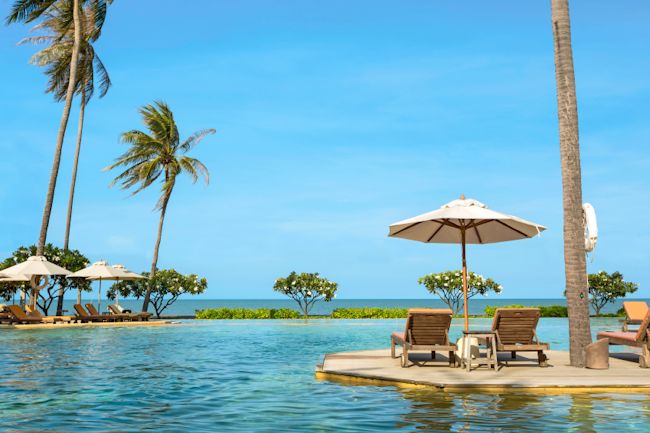 Any specialty, and hospitality is no exclusion, comes with its own set of technical jargon and acronyms. We hoteliers are bombarded daily with ADR and RevPAR as well as, to a lesser extent, the latter’s two smaller siblings, RevPOR and RevPAG. Even though they are less common, they are still quite handy in certain situations, and today our focus will be on RevPAG.

Let’s get the acronyms out of the way so there’s no confusion:

The first term, RevPAR, is the most commonly used these days, but as I’ve advocated before, it may not be the best overall indicator of a property’s financial or business health. Hence, I vouched for using the second term, RevPOR, as it incorporated occupancy percentages to better forecast actualized revenues instead of projecting a figure based on 100% rooms booked. It’s a subtle change, but one that can nonetheless have a tremendous impact when evaluating quarter-over-quarter or year-over-year.

Even though most diligent managers will throw RevPAR through an average or ‘per capita’ occupancy grinder for a more accurate calculation of earnings, it is still hard to account for seasonal disruptions. That’s where RevPOR shines through; by factoring occupancy into the equation from the start, it can act as a better barometer for shifts in consumer spending habits, indicating whether or not some of your ‘upselling’ efforts have actually paid off.

RevPAR still has the advantage of being the ‘quick snapshot’, but the purpose of RevPOR is to measure the total capture per occupied room, thus allowing for quality inferences about individual spending habits over time. RevPAG goes a step further as it takes into account the total number of guests, regardless of how many are staying in each room.

This third term is what has been employed by all-inclusive resorts under the guise of other nomenclature such as ‘package revenue’ as the basic provisions in tandem with ‘non-package revenue’ to denote all additional capture such as dining upgrades, day trips or above-board spa treatments. For these properties, comparing a summary figure like RevPAG with its package and non-package constituents can have profound effects on future income streams.

The goal for many all-inclusive resorts is to find a package price that’s high enough to cover costs and turn a profit without inducing sticker shock and lowering occupancy. However, evaluating this package price without weighing it against RevPAG can leave money on the table in the form of low non-package revenue figures. Many guests feel a psychological need to spend more while on vacation, but if there’s already too much included in the basic package – that is, a more expensive price tag – the ancillary, heavily marked-up services may go underutilized.

Thinking in terms of guests instead of rooms like this brings us back to the grand old days of hospitality when it was never just about putting heads in beds. The action was downstairs, in the lobby bars, in the restaurants and in other facilities. It was a guest-centric, customer-is-always-right playing field where the room was almost always secondary to the other lavish services provided, and where you were paying more for the privileged status that accompanied a guestroom booking rather than the guestroom itself.

Somewhere in the latter half of the 20th century, we deviated from this principle. We started to think in terms of rooms, and, like any self-fulfilling fallacy, that’s exactly what we got. Rooms were filled, sure, but we lost our stranglehold on other operations; we must now compete with independent restaurants, private meeting facilities, unaffiliated spas and so on. If we can learn anything from the all-inclusive model, it’s that RevPAG rather than RevPAR will help subtly realign our values with a more holistic approach to hospitality.

I’ve witnessed this progression firsthand at HITEC where PMS platforms now have extensive integrations with other POS software providers to scrupulously track ancillary revenue performance. As well, there are now dozens of business intelligence and total revenue management solutions so that managers can make informed decisions about balancing or maximizing ADR with additional onsite capture.

While RevPAR has its merits, a holistic approach requires moving beyond to RevPOR or RevPAG. Regardless of the advanced software deployed, the decision ultimately rests with the manager and how he or she chooses to perceive the numbers. If you think in terms of guests instead of rooms, the shift in perspective may help you achieve new heights in revenue and consumer satisfaction.

Editors note: If you enjoy Larry's articles please feel free to reach out to him directly.

Larry Mogelonsky ([email protected]) is the founder of LMA Communications Inc. (www.lma.ca), an award-winning, full service communications agency focused on the hospitality industry (est. 1991). Larry is also the developer of Inn at a Glance hospitality software. As a recognized expert in marketing services, his experience encompasses Four Seasons Hotels & Resorts and Preferred Hotels & Resorts, as well as numerous independent properties throughout North America, Europe and Asia. Larry is a registered professional engineer, and received his MBA from McMaster University. He’s also a principal of Cayuga Hospitality Consultants, an associate of G7 Hospitality and a member Laguna Strategic Advisors. His work includes three books “Are You an Ostrich or a Llama?” (2012) and “Llamas Rule” (2013) and “Hotel Llama” (2014). You can reach Larry at [email protected] to discuss any hospitality business challenges or to review speaking engagements.