The Magic Potion and the Gallic Village

The Magic Potion and the Gallic Village

Once upon a time there was a Gallic village that continued to resist the invader. Not content with being just an extremely popular tourist destination, it wanted to be able to boast of being the first in the world. However, the Gallic chiefs had spent decades looking for a recipe to make a magic potion that not only made their ultimate dream come true, but could also count the tourists who visited.

The leaders also wanted to keep control over their flock at all costs, to control and ultimately to curb their villagers' businesses. But the villagers were not satisfied, because the costs of maintaining the village were heavily dependent on businesses, and there were also commissions to distributors who would sell their products as well as fees paid to their franchisors. All this weighed more and more heavily on their budgets and nibbled away at their margins as surely as the druids could not find the magic potion that would allow them to set up the observatory of their dreams.

This fable might make you smile, but it's somewhat mirthless… Because how can we imagine this small Gallic village competing against multinationals that are making billions of dollars in profits, that can afford their own Internet connection cable between the United States and Europe, that hold multiple terabytes of data on their users and are conducting research on artificial intelligence, that are constantly testing new algorithms and have colossal budgets to promote the listing of their products on the web. In short, they have everything to crush the small Gallic village; how can anyone want to fight with them on equal terms?

The Gallic village was long-lived, France is competing with an ever-broader range of destinations and would do well to turn things over to companies in the sector and trust them with the opportunity to develop destinations. Each tourism professional can improve the appeal of their product by working alongside other accommodation providers, restaurants and tourist sites at their destination. Succeeding is practically unimaginable when we know that Bilbao has a larger budget than France…

It seems utopian to want to make a tourist observatory in France, the gauge has been broken several times, it has been passed from hand to hand, and it still does not give a proper reading. Do we really have to get into a battle of numbers or should we focus on the quality of the tourists who come to France, on the target of repeaters who visit less visited destinations than the Eiffel Tower. While the objective of 100 million is a beautiful target, where do we hope to accommodate these tourists? Do we plan to make them wait for hours in line before entering the Louvre Museum, have we considered expanding the Basilica of Sacre Coeur? In the 21st century, big data allows us to forecast tourist behavior, so why persist in setting up an observatory that will produce statistics one year later? Why look in the rearview mirror when we can look ahead and prepare our future?

More than anything, Gallic leaders must do their job and let the villagers do theirs. It is not by controlling and reining in the village's beautiful shops that they will prosper. They will only succeed in paralyzing an industry that is seeking to prosper. The strategy of dividing to reign better no longer has any reason to be; like the French team, which has benefited from outstanding management where each talent could achieve its maximum potential. Leaders should draw inspiration from this model to lead France towards success.

What if instead of stubbornly trying to make an even more magical potion we changed our objectives? Gallic leaders were sometimes interested in tourism and those who got involved showed a real will to improve the system, but without understanding either its complexity or the range of professionals involved in each stage of organizing the tourist's journey. To each his trade. Let us hope that summer will allow everyone to find their place and make their contribution to the project to get back to work on the right foot, more combative than before, but without getting into the wrong battle. 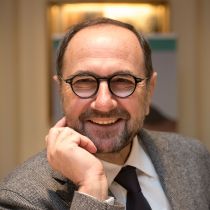 COVID-19: Learning Lessons From Holiday Hideaways and Luxury Escapes
Israel Hits All-Time Record for Arrivals in 2019 With 4,551,600 Tourist Entries, a 10% Increase Over 2018
That “Something Extra” You Offer to Make Customers Love You
Number of Visitors to Hawaii Grows as Visitor Spending Shrinks for March
It Is Impossible to Walk on Our Heads… And yet…
Every Cloud Has a Silver Lining… but for Whom?
Who Will Benefit From the Digitization of the Hotel Industry?
You Can’t Get Anything for Twenty Bucks These Days
Europe Goes Digital… Yes We Can!
The Profession of Hospitality: Enough With Elites, Welcome Entrepreneurs!
Don’t Pluck the Goose That Lays the Golden Eggs!
The Hotel Business Rebuilds Servuction
You Might Go Faster Alone, but You Go Further With Company
Is Europe on a Rebound?
On the Hunt to Keep Rank
Have We Tossed Our Treasures out to Sea?
The Monkey Moved to Someone Else’s Back…
It Takes Two to Build, But Only One to Destroy
Those Who Adore Detesting, Are Now in Over Their Heads
Reinvesting for the Return of Visitors: Recovery Periods Take Three to Five Years to Feel Effects