Europe Goes Digital… Yes We Can!

Home/Europe Goes Digital… Yes We Can!

Europe Goes Digital… Yes We Can!

Cocorico! Google set up a research centre on artificial intelligence last week in Paris. The arrival of our President has something to do with it, he believes in the importance of becoming a great digital nation. In the long term, a thousand jobs will be created by the American giant in Paris, including a significant proportion of researchers in development and artificial intelligence. This is good news for the future of our sector because the number of uses we can find for this new science is, by definition, infinite.

Artificial intelligence has been around for a few years, but it is still in its infancy in France, it is most unfortunate that only GAFA carries out real research work in these fields and thus have a considerable lead over European and French companies. While we are going in the right direction, the road is still long. Google, Amazon, Facebook, Apple all exploit considerable volumes of customer data to the fullest, while on our side of the Atlantic, failing to reach an agreement, we discuss, quibble and question. Can we use customer data? How far can we go? How to secure it? The latest news from the giant Facebook shows us that our American cousins do not suffer from such scruples.

Let's be clear, it's not about making everyone's personal data freely available. However, let's face it, Google knows more about us than our own children sometimes. What interests me, what I consume, where I go and when, with whom I communicate and on what subjects… nothing escapes the mastodon, and the mastodon does not hesitate to use my data to generate even more revenue via Addwords, for example. All this is indeed good, you will tell me, but what should I do? How to do it and with whom? The President's approach is a first step towards our entry into the 21st century, which is essential if we are to continue to be among the world's great powers. And we must not be naive, if this does not happen here, it will happen elsewhere in the world. China has implemented an ambitious investment plan for artificial intelligence and intends to keep pace with North America. It is also essential for our sector to lay claim to this science, which offers infinite opportunities.

Why waste time on a hotel website when I can book in two clicks on Booking? Our sector has begun to change, and some of its players have been working on it for several years. For example, Sébastien Bazin at Accor Hotels, whose dream was to create a second Airbus, as happened in the late 1960s thanks to the Franco-German alliance, which has since welcomed the British, Spanish and Belgians. Now we are eager to see the birth of a digital Airbus, while some of the promising companies in the sector, such as Booking, which was founded by a Dutchman to name but one, are inevitably being acquired by American giants. Where is our striking force? Why don't we fight to keep our gems? Why do the brains in the field prefer to move to Silicon Valley? In 2017, French companies created 678,600 jobs in the United States compared to 481,000 jobs created on French soil by Americans. We must therefore think quickly and carefully by asking ourselves the right questions.

Sébastien Bazin has created the conditions for a transition to digital within his group and asked Maud Bailly to increase this transformation. Some initiatives are beginning to produce results although there is still room for improvement. However, it's obvious that we can't to protect ourselves from the groundswell that is disrupting our society. In 2018, everything is digital, everything is data, everything is algorithms, to ignore it is to die slowly. When will politicians, civil servants and entrepreneurs in France and the European Union come to an agreement? If Europe wants to renew its influence on the world stage, we must pool all our talents, resources, strengths and ideas… Yes we can! 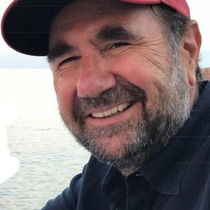 Georges Panayotis is the President & Founder of MKG Group & Hospitality ON.
Born into a family of hoteliers, Georges Panayotis left Greece at the age of 18 to study Political Science and earn a management degree at the University of Paris, Dauphine.

Cendyn and DerbySoft Collaborate to Provide Hoteliers With Advanced Metasearch Capabilities
ProfitSword Unveils ProfitAbility to Provide Hoteliers With Latest in Machine-Learning Business Intelligence
Pop-Up Hotels, Autonomous Vehicle Sightseeing and Other Trends to Watch in 2020 and Beyond
Beonprice Redesigns Hotel Quality Score to Improve Revenue Strategies
AI in Recruitment: Artificial Intelligence over Human Intelligence?
AI in the Hospitality Industry: Pros and Cons
Balancing Technology With the Human Touch in Hospitality
Developing Hybrid Skills: How Tech and AI Are Reshaping the Hospitality Job Market
InnSpire to Showcase TechOvation Winner GuestMagic.AI at HITEC 2019
Study Shows Voice Technology Is the No. 1 AI Investment Choice Among Hoteliers in 2019
Can Artificial Intelligence Replace Human Intelligence in Hospitality Revenue Management?
Humans and AI: How to Improve Guest Services in a New Collaborative Way
The Rise of AI in the Construction Industry
It Is Impossible to Walk on Our Heads… And yet…
Hotel Smartconcierges Going Mainstream
Artificial Intelligence: Hospitality, and That Human Touch
Every Cloud Has a Silver Lining… but for Whom?
Go Moment Wins 2019 HEDNA Innov8 With Smartconcierge Ivy®
The State of Voice for 2019
Who Will Benefit From the Digitization of the Hotel Industry?