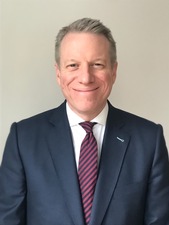 Gabriele Maessen can look back at over 30 years of experience in the international hotel business. She has already held various positions as a General Manager and has also held senior roles in the areas of Business Development and Sales & Marketing. She has previously worked in locations such as Paris, Madrid, Vienna, Zurich and Budapest. Ms. Maessen has been based in Berlin since 2004. “Gabriele Maessen brings an enormous amount of international experience to the table,” said Jürgen von Massow, Vice President of Operations at Steigenberger Business Hotels. “She will help us to ensure that our hotels in Berlin and in the entire East Region continue to perform successfully.”

A management change is also in the pipeline at the Steigenberger Hotel Berlin on Los Angeles Platz near the Kurfürstendamm. Gondra Wettley, who recently received a “General Manager of the Year Award” from Deutsche Hospitality in recognition of her outstanding achievements, will depart to enjoy a well-deserved retirement before the end of the year. So as to facilitate as smooth a transition as possible, arrangements have already been made to appoint a successor in the person of Richard Engelmayer. Mr. Engelmayer has worked for the company for 25 years and is General Manager of the Steigenberger Airport Hotel in Frankfurt am Main since May 2013.

Successor at the Steigenberger Airport Hotel will be Stefan Frank, who will be joining Deutsche Hospitality on 1 July. Mr. Frank has gathered many years of professional experience at the InterContinental Hotels Group, where his most recent role has been Pre-Opening General Manager and Area General Manager for the brand InterContinental Hotels in Eastern Europe covering Sofia, Moscow, Kiev and Bucharest. “We are delighted to have been able to act quickly to organise an internal candidate to replace Ms. Wettley at the Steigenberger Hotel Berlin,” Jürgen von Massow continued. “We wish Mr. Engelmayer every success in his new role in the capital. Stefan Frank is also a hotel director with a wealth of international experience. He will be ideally equipped to deal with the needs of the global clientèle at the Steigenberger Airport Hotel.”

About Steigenberger Hotels and Resorts

Steigenberger Hotels and Resorts is a Deutsche Hospitality brand. It represents the epitome of luxury and perfect hospitality. Visitors can choose from historic hotels rich in tradition, lively city residences and health and beauty oases at the very heart of nature. The portfolio encompasses 60 hotels in eleven countries in Europe, Asia and Africa. Deutsche Hospitality operates three further brands. MAXX by Steigenberger is a new and charismatic concept which places the focus on the essential in accordance with its motto “MAXXimize your stay”. Jaz in the City branded hotels reflect the metropolitan lifestyle and draw upon the local music and cultural scene. And IntercityHotel offers more 40 upper mid-range urban hotels, all of which are located within easy walking distance of railway stations or airports.