Perhaps it goes without saying – Southwest Airlines did not have a particularly merry Christmas. While many beloved, nostalgic Christmas movies depict moments of seasonal chaos – especially those of the airport variety (missed flights, lost baggage, and sudden winter storms wreaking havoc on itineraries) – there was nothing redeeming or nostalgic about Southwest’s meltdown. Instead, the airline now finds itself licking major financial wounds in the wake of what is best described as a PR nightmare that left countless customers without a way home for Christmas. If you missed the barrage of news stories regarding Southwest Airlines last month or the steady onslaught of complaints splashed across social media with unrelenting vigor, here are the highlights:

From December 21st to Dec. 31st, Southwest canceled more than 16,700 flights – a decision which is expected to cost the airline upwards of $825 million and contribute to a quarterly revenue loss of $400 million to $425 million. Initially, the cancellations began in response to a winter storm; however, things truly spiraled out of control once Southwest’s outdated crew-scheduling technology was overwhelmed, which barred its crews from operating flights that would have otherwise been clear for takeoff.

The airline has continuously tried to make amends for the disaster in recent weeks, going as far as offering select passengers 25,000 frequent-flyer points (worth more than $300 in flights) and a letter from Southwest CEO Bob Jordan. “I know that no amount of apologies can undo your experience,” Jordan wrote. He then assured affected customers that the airline was acting “with great urgency” to process refunds, return lost bags and handle requests for reimbursement of costs incurred by stranded travelers. Will this be enough to restore Southwest to business as usual despite the reputational damage incurred? It seems unlikely; after all, if there is one thing we know for certain, it’s that customers rarely forget a terrible service experience. Especially bad service relating to travel plans – and especially when those plans involve Christmas.

As a technologist, I must call out   the lessons from Southwest’s mistake. This incident was not simply a fluke or a case of bad luck but a costly consequence of oversight. Over the years, Southwest has relied on legacy technology for its operations while selectively investing in customer-facing platforms. By neglecting core platforms, Southwest assured its own downfall.

Imagine you take your car into your local repair shop for an oil change, and the mechanic informs you that your tires desperately need to be replaced. Upon further inquiry, you realize that a new set of tires and installation costs $750, which isn’t a fee you’re particularly interested in paying today. Instead of heeding the mechanic’s advice, you assure him you’ll return in a few months, as your tires should be fine until then. Unfortunately, a mere three weeks later, you blow a tire while driving on the highway, which causes you to swerve into a neighboring vehicle. Not only have you incurred damage to your car as well as the vehicle you hit, but your car also has to be towed to the nearest shop, and you’ve missed a day of work. Suddenly, that $750 you could have paid a few weeks ago seems like a dream compared to the combined bill (and inconvenience) of vehicle repairs, a tow truck, and, of course, that new set of tires you already knew you needed. The lesson illustrated here is entirely parallel with the one provided by Southwest Airlines – just on a much smaller scale. According to reports, Southwest had been neglecting its operational technology for years, with executives admitting the brand had “prioritized other things over investing in technology for operations.” Not only that, but Southwest ignored the warnings and pleas from its staff, who were seemingly eager to embrace a technological makeover, especially in the wake of recent staff shortages that left departments feeling incredibly strained. Unfortunately, this all came to a head over the holidays when the airline’s optimization software, called SkySolver, became overloaded and dysfunctional.

For years, technologists have been urging companies to modernize their infrastructure to innovate at the pace of consumer expectations and operational demands. With the help of emerging technology, the world is evolving at an incredible rate, and consumers are quick to buy into that evolution. As accelerated touch-points, data-driven personalization, hyper-convenience, and tech-driven instant gratification are increasingly normalized, hospitality brands that fail to adopt these platforms will surely be left behind. More than that, we must recognize the operational hurdles these companies face if they resist the modernization of backend systems. Technological innovation cannot be ignored, but it also can’t be selectively applied to one segment of business (customer-facing touch points) without disregarding what’s happening behind the curtain.

The Legacy Dilemma is a Costly One

Let’s take a look at the numbers. A recent survey found that U.S. businesses may lose up to $1.8 trillion in wasted productivity due to outdated technology. Moreover, studies show that 31% of technology within organizations is made up of legacy systems. On average, an employee wastes around 46 minutes of their day when their company leverages legacy systems. Beyond lost revenue and compromised productivity and employee satisfaction, legacy technology also poses a significant risk to security and compliance efforts, especially within industries like hospitality that rely so heavily on customer data. Not only that, but legacy platforms have a sneaky and unfavorable habit of accumulating IT support and update/integration costs that may, in the end, cost more than a new, more streamlined, and innovative platform. It’s also important to point out what every technologist knows to be true – many modern systems are intuitive, flexible, affordable, and uniquely capable of reducing costs (and increasing revenue through optimization) over the long term.

With these considerations in mind, can hospitality brands reasonably cite technology acquisition costs as barriers to adoption? Much like the tire replacement scenario, isn’t the cost of continuing reliance on legacy tech much greater? Is it in the best interest to keep outdated technology in the front seat until the wheels come off? If you ask Southwest executives this question, they would say no.

The takeaway for hotel and travel brands is more apparent than ever – even the best brands can’t outperform outdated technology. Do not let legacy systems sink your ship (or, in this case, ground your planes) and risk steep financial consequences and reputational damage. Whether it’s your PMS, RMS, CRM, Distribution Technology, or any other internal or external platform that plays a key role in your daily operations and guest service offering, old-school solutions are simply not equipped to serve the modern world. Hospitality brands have an essential choice to make – invest in new, capable technology, or pay the price for archaic, outdated systems, much like Southwest Airlines did this Christmas. 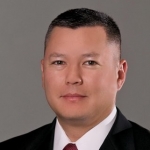 Stephen J. “Steve” Lapekas is the Chief Operations Officer and EVP, Business Develop for Above Property Services (APS). His responsibilities include the overall business operations as well as developing key strategic relationships for the company.

Prior to joining APS, he served as the Chief Information Officer, Chief Technology Officer and SVP, Corporate Business Development for Pegasus Solutions. Before his tenure at Pegasus, Lapekas served as the vice president of client services and practice director of Entessa's Automation Integration practice, prior to which he held various global, client executive and business administration roles with EDS. He also has IT experience from roles with Global One Communications and Perot Systems.

Lapekas received a Bachelor of Science in Environmental Science and Systems Engineering from the United States Military Academy, West Point, New York. He was also a three-year letter winner on the varsity baseball team.