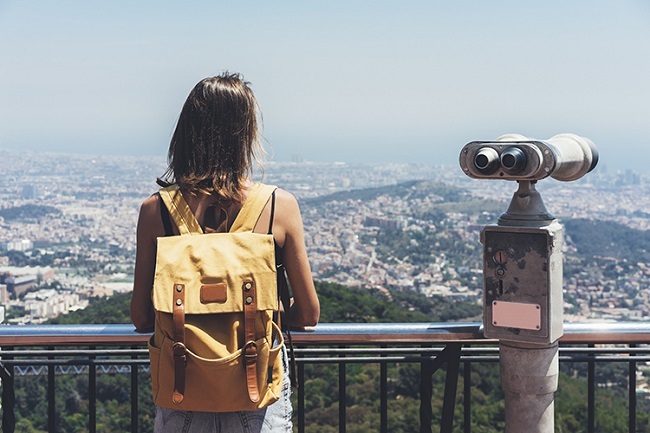 Cities are becoming increasingly innovative in their quest to attract visitors and residents, and to stimulate the local economy—giving rise to a number of initiatives that aim to draw the eyes of the world.

“Competition among cities is greater than ever thanks to increased global mobility and connectivity,” says Jeremy Kelly, Director of Global Research at JLL. “City leaders are being forced to pay more attention to building stronger city identities, whether by improving branding or adding new functions in order to compete globally. For example, many cities are establishing themselves as convention hubs or developing their cultural offer in order to attract visitors, business and investment. Reputation can also play a key role and some cities have to work harder than others to change international perceptions.”

Here are six ways cities are looking to boost their profile and enhance their reputation.

As part of a wider trend that sees destinations as brands, cities have started leveraging the pop-up format to market themselves both domestically and abroad. The Pop into Berlin project takes the German capital on tour across Europe, stopping at major cities such as Madrid, Munich and Warsaw. The initiative takes over a small space in each destination, and features Berlin-made products, special guests and even a club night, with the aim of promoting the city’s unique creative spirit.

Running in parallel is a Pop-up-Lab, which visits four German cities and invites visitors to discover a cross-section of Berlin’s unique offer, from science and culture to music and food through interactive installations. Elsewhere in Germany, the Ambassade Bremen-Oldenburg brings a taste of those cities to Groningen across the border in the Netherlands via a six-week-long program of concerts, events and workshops.

The European Capital of Culture initiative was launched in 1983 and has since seen cities across the continent profit from the additional exposure the status has wrought. Designed to highlight the cultural richness of a destination, the project has benefited cities such as Liverpool in the UK, which saw visitor numbers increase by 34 percent, and generated £754 million for the economy, according to a five-year research report. This year it’s the turn of San Sebastian in Spain and Wroclaw in Poland.

From Beijing to Barcelona, London to Cape Town, hosting a major sporting event such as the Olympics or Football World Cup can be a huge boon to a city, not only in view of initial investment, but also longer-term reputation. “London 2012 helped move London forward and put it back into people’s minds as a real cultural capital of the world,” says Katie Kopec, JLL’s Director of Development Consultancy, of the Summer Olympics held in the British capital. “It also acted as an anchor for the regeneration of the east of London that has changed the city’s commercial focus.”

As cities become better connected and more accessible through improved transport links and evolving technology, a growing number are starting to make their mark on the corporate calendar as conference destinations. Previously overlooked cities such as Hamburg and Lyon in Europe are moving out from under the shadow of their more famous country capitals. Meanwhile, capital cities in emerging destinations are also growing in popularity, from Abu Dhabi in the UAE to Copenhagen in Denmark. As competition heats up between these cities to create enticing mixed-use convention centers they raise their profile among business travellers to encourage them to stay or return as tourists.

Austin, TX was a small, little-known metropolis back in 1987 when the now-famous South by Southwest music and culture festival (SXSW) launched. Today it’s the USA’s fastest growing city and welcomed over 45 million visitors in 2014. As the status of SXSW grew, so did that of its host destination, to the point where Austin can leverage that weight as a genuine unique selling point. Meanwhile, Nashville is known as Music City, drawing country music fans from far and wide – not to mention the prime time US TV series Nashville which is set in the city.

Innovation hubs are springing up across the world in cities such as Auckland in New Zealand or Dublin in Ireland. They incorporate a mix of startups, tech firms, incubators, and education centers. These hubs draw in bright, tech savvy workers and are creating well-connected and highly dynamic communities that prioritise walkability, sustainability, and quality of life. As a result, innovation hubs draw in both talent and investment, helping to repopulate an urban core formerly given over to commercial space, or breathe fresh life into a periphery. It’s not just established cities that are embracing innovation, emerging cities such as Hyderabad in India, Shenzhen in China and Nairobi in Kenya are also building their reputation as tech and innovation centres to secure their position on the world stage.

Why Hotels Are Focused on All-Inclusive Resorts
From Room Service to Rehab, Distressed Assets Are Finding New Life
The Hotel Experience Gets High-Tech
Why Hotels Are Taking Wellness Seriously
Why Select Service Hotels Are Coming to the City Center
Why Historic Buildings Make Great Hotels
How Hotels Are Going on a Fitness Kick
How Hotels Are Meeting the Demand for Quality Meeting Space
Why Lifestyle Hotels Are Not Just for Millennials
How Many Tourists Is Too Many?
How France’s Hotels Are Rethinking Style and Space
How Hotels Are Upgrading Their Sustainability Efforts
Big Hotel Brands Set Their Sights on Portugal’s Cities
Spain’s Hotels Power up for an Eco-Friendly Future
Australian Luxury Hotels Up Their Game for Chinese Tourists
The Rise of Poshtels: How Hostels Went From Grit to Glam
How Wellness Became Big Business in America
High-Speed Rail Propels Hong Kong Hotels
Four Things That Got People Talking at Expo Real
Why More Consolidation Is on the Cards for Hotels