Why More Consolidation Is on the Cards for Hotels

Home/Why More Consolidation Is on the Cards for Hotels

Why More Consolidation Is on the Cards for Hotels

From mega-mergers to niche acquisitions, consolidation is recalibrating the balance of power in the hotel industry as established operators get bigger and smaller brands seek new ways to differentiate themselves.

Today’s hotel operators are increasingly looking to diversify their offerings with a range of different concepts, for example serviced apartments or boutique chains alongside their established brands, as well as branching out into new countries.

New live-work-play concepts are emerging as “a kick against the idea of the traditional hotel”, Tony Ryan, managing director of global mergers & acquisitions at JLL says, pointing to The Student Hotel‘s offering of accommodation, workspace and student housing.

Others are following a more well-trodden path: In 2017, French giant Accor bought Australia-based Mantra to increase its market share in Asia Pacific. In June, Thai group Minor International made a move to boost its European presence with plans to acquire NH Hotel Group for around €2.5 billion ($2.9 billion).

“Acquisitions will continue – but become more targeted. M&A at the top means smaller management companies are spurring the growth of different, sometimes hybrid hospitality offerings,” Ryan says. “That’s where the interest among millennials seems to be; some larger operating groups may look to get involved in that. But you need a unique DNA to accomplish that edgy, local feel.”

For some operators, any slight overlapping of hotel concepts is a price worth paying if there is a major geographical advantage to be had elsewhere in the newly-merged entity.

“An operator may find they ‘double-up’ in one country, but that can be tolerated if the merger brings new sought-after territories into play,” says Sally Kendall, executive vice president of JLL Hotels & Hospitality.

In central Paris, for example, Starwood’s Prince de Galles is south of the Champs Élysées while the Paris Marriott is to the north. They’re both now part of the same family after their 2016 global merger, arguably vying for the same clientele. While the intricacies of the merger continue to be ironed out, “overlap” of hotel concepts is a rarity.

“The mergers that have taken place in recent years have complimented rather than duplicated; the jigsaw has fitted together well,” says Kendall.

Wyndham Worldwide’s US$1.9 billion deal to take 900 franchised hotels off La Quinta helped it to expand its reach into the economy and midscale segment. InterContinental Hotels Group recently completed its acquisition of 51 percent of Regent Hotels & Resorts in another move for luxury growth.

For the likes of AccorHotels, which recently added Mövenpick Hotels & Resorts, Atton Hoteles, the Mantis Group and SBE Entertainment Group to its roster, more brands is about more than just a greater market share.

And despite the recent spate of consolidation, top brands still only account for around a third of all hotel rooms around the world, leaving plenty of room for more activity to meet investor expectations.

For the hotel industry, it means smaller deals will continue apace while some mega-deals could reshape the sector further.

“We expect to see more M&A activity in the future as the industry is still relatively fragmented compared to other sectors, creating more opportunities for consolidation,” Ryan concludes.

“While there are a couple of so-called mega-deals in the pipeline, the drive to add brands or geographies will continue as traditional operators, as well as private equity owners of hotel groups, seek ways to improve earnings or fill in the missing gaps in their portfolios.” 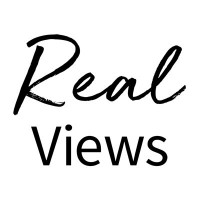 Real value in a changing world