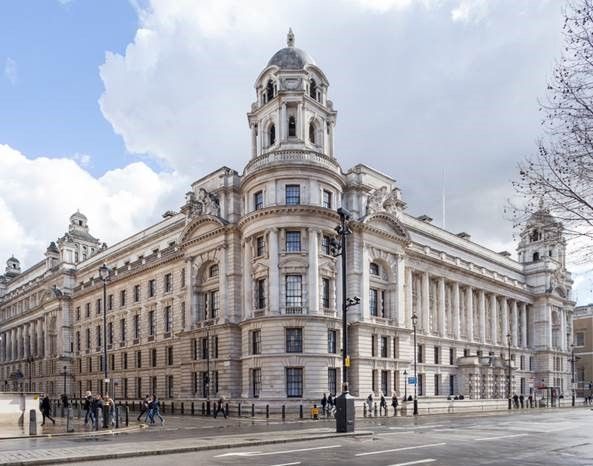 Accor-owned group teams up with India Hinduja and OHLD of Spain to revamp landmark.

It was the office of former prime minister Winston Churchill during the second world war and sections of the British secret service. Now the iconic Old War Office building in Whitehall is to be transformed into a luxury hotel by Europe"s largest hotel group.

Raffles Hotels & Resorts, the luxury brand that is part of France"s Accor Hotels Group, on Wednesday announced it has signed a partnership to renovate the Old War Office into a luxury hotel. Raffles has teamed up with India"s Hinduja Group and Spanish construction company Obrascón Huarte Lain Desarrollos, which will develop the hotel. Completion is expected in just over three years.

The venture illustrates how London landmarks including Admiralty Arch and The Ned (the former Midland bank headquarters) are being reinvented as hotels. It will be the first London hotel operated by Raffles, best known for Raffles Hotel in Singapore, which opened in 1887 and was named after the British statesman and founder of Singapore, Sir Thomas Stamford Raffles. In 1915 the Singapore Sling cocktail was created at the hotel.

London"s hotels face a mixed outlook this year because of uncertainty around Brexit, concerns over terrorism and cuts to travel budgets by businesses, according to 2017 forecasts for the UK hotel industry by professional services firm PwC.

The report predicts that revenue per available room — the industry"s preferred measure — will fall 0.5 per cent this year to £114, average room prices will increase 0.4 per cent to £142 and occupancy will drop 0.8 per cent to 80 per cent. This level still remains one of the highest occupancy levels by global standards.

Accor bought FRHI Hotels & Resorts, the owner of the Fairmont, Raffles and Swissotel hotel chains for $2.9bn in cash and shares in November, to help the group expand its presence in the luxury sector, which has grown faster than the overall hiotelsmarket in recent years and where margins are higher.

In late 2014 Hinduja and OHLD bought the Old War Office, near Buckingham Palace and 10 Downing Street, from the UK Ministry of Defence for £350m. The Old War Office is a Grade II listed building that was completed in 1906. It has 1100 rooms across seven floors and two miles of corridors. Hinduja and OHLD have been granted planning permission for a multi-purpose development that includes 125 rooms (of which 40 per cent are suites), 88 private residences, restaurants and other amenities.

Raffles Hotels & Resorts is an award-winning, luxury international hotel company with a history dating back to 1887 with the opening of Raffles Hotel, Singapore. The portfolio currently comprises eight luxurious properties, from secluded resorts to city hotels in key locations around the world: in Singapore, Cambodia, China, UAE, Saudi Arabia, Seychelles and Paris, each one is an oasis of calm and charm. The company is embarking on a new phase of expansion, with openings in Istanbul, the Maldives, Indonesia, the Philippines and China scheduled over the next two years. While every hotel in the Raffles family has its own personality and story, each one is proud to draw on the timeless essence of Raffles – to deliver thoughtful, personal and discreet service to well-travelled guests.

AccorHotels is a world-leading travel & lifestyle group and digital innovator offering unique experiences in more than 4,000 hotels, resorts and residences, as well as in over 2,500 of the finest private homes around the globe. Benefiting from dual expertise as an investor and operator through its HotelServices and HotelInvest divisions, AccorHotels operates in 95 countries. Its portfolio comprises internationally acclaimed luxury brands including Raffles, Fairmont, Sofitel Legend, SO Sofitel, Sofitel, onefinestay, MGallery by Sofitel, Pullman, and Swissôtel; as well as the popular midscale and boutique brands of Novotel, Mercure, Mama Shelter and Adagio; the in-demand economy brands including ibis, ibis Styles, ibis budget and the regional brands Grand Mercure, The Sebel and hotelF1. With an unmatched collection of brands and rich history spanning close to five decades, AccorHotels, along with its global team of more than 240,000 dedicated women and men, has a purposeful and heartfelt mission: to make every guest Feel Welcome. Guests enjoy access to one of the world’s most rewarding hotel loyalty programs - Le Club AccorHotels. AccorHotels is active in its local communities and committed to sustainable development and solidarity through PLANET 21, a comprehensive program that brings together employees, guests and partners to drive sustainable growth. Accor SA is publicly listed with shares trading on the Euronext Paris exchange (ISIN code: FR0000120404) and the OTC marketplace (Code: ACRFY) in the United States.