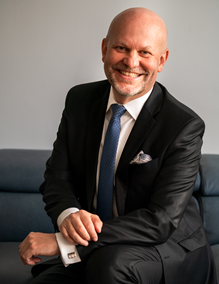 Two weeks following Thomas’s arrival, the Parisian Palace, much like the rest of the entire country, put its activities on pause. On June 12, the hotel reopened the doors and Thomas officially unveiled its Secret Garden terrace.

Prior to his return to France, Thomas cultivated an extensive international career spanning from Europe to South America and throughout the Caribbean before settling in the United States for the past 20 years.

This global journey began at the Strasbourg Hospitality School, where upon earning his bachelor’s degree, Thomas wanted to perpetuate the French “art de recevoir” and excellence around the world.

As a result of his determination and expertise, Thomas soon became General Manager of several luxury properties across the United States. This included spearheading the repositioning of the Palace Hotel in San Francisco, an iconic “The Luxury Collection” hotel.

In 2016, Thomas joined the SLS Hotel Beverly Hills team to helm the property’s comprehensive renovation and opening of Somni restaurant. In 2019, Somni was awarded two Michelin stars, positioning the restaurant among the best in Southern California.

Soon after, the Philippe Starck designed SLS Hotel was recognized as the best hotel in the world by international press, a good omen for Thomas’ upcoming adventures with the iconic Le Royal Monceau – Raffles Paris, decorated by the same designer.

Today, the Raffles group assigns its Parisian Palace under the care of Mr. Thomas. “It is a challenge that I intend to take up with passion and sincerity alongside my teams,” said Christophe Thomas. “I wish to highlight Le Royal Monceau – Raffles Paris within the French capital with energy, authenticity and elegance, and offer our guests a highly personalized service embedded with constant artistic effervescence of creation, culture and wanderlust.”

The contemporary and glamorous Le Royal Monceau - Raffles Paris reopened in 2010 as the most exciting 5-star luxury hotel in Paris, after a radical and complete two-year transformation by designer Philippe Starck. In 2015, the property’s “Palace” distinction was renewed, rewarding the hotel another five years of its prestigious 5-star excellence rating. Located near the Champs-Elysées in Paris' 8th arrondissement, Le Royal Monceau – Raffles Paris, is known for its contemporary art and as a rendez-vous for artists and writers as well as luxury seekers and adventurers. The omnipresent artistic atmosphere and vibrant culture comes to life through the property’s exclusive Art Concierge, the Art Bookstore, a private Art District Gallery, a 99-seat Katara Cinema theatre and an impressive private art collection. With its 149 Parisian designed bedrooms and spacious suites, including 3 private apartments, the only contemporary palace in Paris is located only steps from the Arc de Triomphe and the Faubourg Saint-Honoré. Acclaimed for its international culinary offerings, the hotel’s award-winning restaurants showcase the property’s creative spirit, from the animated Long Bar to its two restaurants. ‘Matsuhisa Paris’ is dedicated to Japanese gastronomy from the famous Chef Nobu and ‘Il Carpaccio’, a gourmet Italian restaurant. Not to be missed are the delicious pastries, macarons and chocolates by Pierre Hermé, considered by Vogue as the ‘Picasso of pastry’.

Furthermore, the 1,500sqm Spa My Blend by Clarins is an award-winning paradise, featuring the longest swimming pool of any Parisian palace. leroyalmonceau.com

Raffles Hotels & Resorts boasts an illustrious history and some of the most prestigious hotel addresses worldwide. In 1887, Raffles Singapore set the standard for luxury hospitality, introducing the world to private butlers, the Singapore Sling and its enduring, legendary service. Today, Raffles continues this tradition in leading cities and lavish resort locales, enchanting travellers with meaningful experiences and service that is both gracious and intuitive. Connoisseurs of life choose Raffles, not merely for its aura of culture, beauty and gentility, but for the extraordinary way they feel when in residence with Raffles. Each Raffles, be it Paris, Istanbul, Warsaw, Jakarta or the Seychelles, serves as a venerated oasis where travellers arrive as guests, leave as friends and return as family. Raffles is part of Accor, a world-leading augmented hospitality group offering unique experiences in 5000 hotels and residences across 110 destinations. raffles.com | all.accor.com 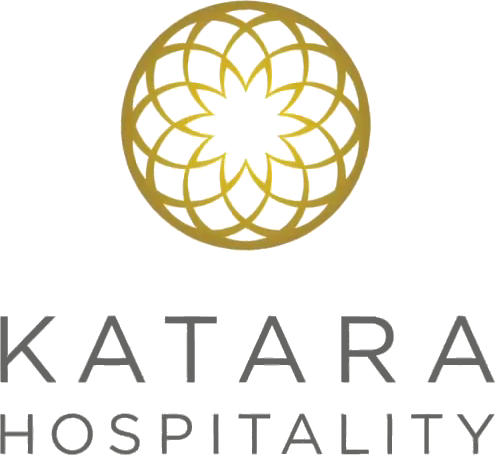