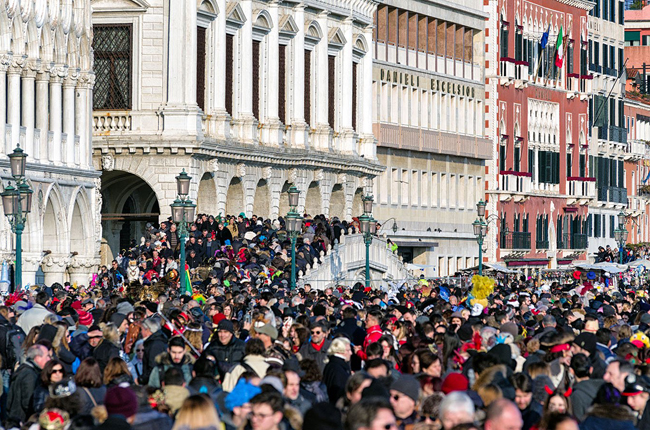 By Peter Varga and Aline Terrier

What, for you, makes an ideal vacation? Being alone in a beautiful spot or sharing the experience with loved ones? More likely than not you prefer to avoid the ‘madding’ crowd but you may already have had first-hand experience of the increasing numbers of tourists visiting major destinations such as Machu Picchu, Angkor Wat, the Taj Mahal and Venice.

Growth in tourism: facts and figures

According to the latest statistics from the United Nations World Tourism Organisation:

International tourist arrivals rose by six percent to 1.4 billion in 2018, the second strongest year since 2010. UNWTO expects the number of tourist arrivals to continue to grow to 1.8 billion in 2030. These figures are particularly significant if one takes into consideration the rapid evolution of the industry.

Then came the introduction of commercial jets in the 1950s and what is regarded as modern-day mass tourism in the 1960s, as the number of women in the labor force grew, along with greater discretionary income beyond necessities in family budgets.

Until recently, tourists predominately from the more industrialized west roamed around the globe in search of new destinations, cultures and adventures, but this dynamic is about to change.

Tourists from developing countries such as China and India have largely been absent but are now also experiencing the joys of travel and this privileged leisure activity, which has been the preserve of relatively few.

UNWTO statistics indicate that one of the main reasons behind today’s growing tourism numbers is the rapidly-growing Asian tourism segment. Certainly, the rapid development of Asian economies has enabled their burgeoning middle classes to travel more and further, but economic development is not the sole reason behind it. People can now travel, not only because they can afford to, but also because they aspire to do so.

Policy decisions are also a major element in the growing tourism phenomenon globally.

Countries are keen to benefit from the economic boon of tourism.

For instance, Japan that had previously restricted international tourism arrivals, began to facilitate inbound tourism by eliminating visa requirements. In 1995 the country had only 3.3 million tourists in total. As a result of the move to make it easier for tourists to visit Japan, the number of Chinese tourists alone grew to 4.05 million in 2017, an increase of 23 per cent compared to the previous year. The same applies to the numbers of inbound tourists from South Korea. Overall growth in the number of foreign visitors to Japan rose by 15.6 percent in 2017, compared with the year before.

Indeed, according to UNWTO, Japan has been the fastest-growing destination globally (up 234 percent in 2017) since 2010. Other countries in Asia have also experienced rapid growth in inbound tourism since 2010 (India up 167 percent and Vietnam up 158 percent).

This rapid growth in tourism numbers has raised a number of questions and concerns about the medium and long-term sustainability of tourism.

Overtourism, an increasingly popular term these days, is defined as: “the impact of tourism on a destination, or parts thereof, that excessively influences perceived quality of life of citizens and/or quality of visitors’ experiences in a negative way” (UNWTO, 2018 p4).

As tourists usually wish to see the major attractions that destinations have to offer, the key challenge they face is the concentration of the growing numbers of tourists in relatively space-restricted destinations, whether it be Kyoto, Paris, Barcelona, Venice, Reykjavik, or London.

Growing tourist demand does, of course, generate investments in hotel and infrastructure development, as well as non-traditional sectors such the sharing economy represented by Airbnb, Booking.com and others.

The major problem is that even though the provision of accommodation in tourism destinations is increasing, this is bringing about changes to tourism dynamics, with historical centers such as Venice, Kyoto, and Bangkok facing more complex challenges overall.

On the other hand, poor tourism management can have negative impacts on the environment, economy, as well as social and cultural aspects of the destination.

Consequently, in Barcelona, residents are rejecting the rising tourist numbers. The authorities have been considering restricting the length of stays in Airbnb accommodation and seasonality, due the fact that locals have been priced out of the historical center of the city because of rising accommodation costs.

Other cities like Kyoto, Venice and Amsterdam have been trying to develop sustainable marketing strategies to ‘educate’ tourists about local and universally-acceptable tourist behavior.

A more scientific approach to coping with overtourism may lie with calculations related to ‘carrying capacity‘ which refers to “the maximum number of people that may visit a tourist destination at the same time, without causing destruction of the physical, economic and sociocultural environment and an unacceptable decrease in the quality of visitors’ satisfaction”. (UNWTO, 2018 p.3)

Some tourism authorities have already focused on one or more of the four types of carrying capacity approaches – facility, ecologic, sociological and psychographic – but the consequent political and business decisions have been usually dependent on local stakeholders’ interests and capacities.

Some destination authorities do seem to be taking the overtourism phenomenon seriously. Consider the approaches of destinations like Bhutan, Boracay island, and the Galapagos which set strict limits on inbound tourist numbers.

Others prefer to introduce some minor rules such as insignificant tourism tax increases to limit tourist numbers – or perhaps simply gain more financially.

Hosting 1.8 billion international tourists in 2030 will clearly need more coherent, global strategies – not only in the destinations themselves, but also on the tourist side, too. Hence, we – as tourists both now and in the future – will need to think again about the way we travel to make mass tourism more sustainable for all stakeholders and the environment as well.

As a first step, we should all take on board the UNWTO’s global code of ethics for tourism with its 10 principles aimed at maximizing the tourist sector’s benefits and minimizing any negative impacts, and start acting sustainably.

Peter Varga, PhD, is an assistant professor at the Ecole Hôtelière de Lausanne, University of Applied Sciences, in Switzerland.

His research interests lay on: sustainable sociocultural dynamics of current tourism practices in host societies; cultural intelligence in intercultural service encounters, and symbolism in food and eating habits from a cultural perspective. He lives in the Geneva area with his wife and his two children. 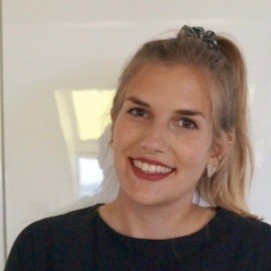 Aline Terrier is an academic assistant at EHL. She has a Bachelor of Applied Science (BASc) in Tourism from HES-SO Valais-Wallis.

Opportunities for Tourism Due to Post-Pandemic Travel Triggers
Hospitality Trends 2023 – the Future Ahead
Sustainable Actions in Hospitality: A Driver for Competitive Advantage
Optimizing Sustainability in Hospitality via Supply and Value Chains
10 In-Demand Hospitality Resume Skills
Regenerative Tourism – A Holiday Mind Shift Beyond Sustainability
Trends in Hospitality – The Impact of an Energy Shift
Swiss Tourism Outlook 2023: Datafication for Resilient Tourism
Managing the Talent Gap: Sparking Passion for Hospitality in Gen Z
Transformational Resilience in the Hospitality Industry
Chef Franck Giovannini on the Constant Changes in the Restaurant Industry
Sustainability Action Plan for Hospitality
7 Tips for Successfully Embedding Customer-Centric Governance Into Company DNA
New Attitudes to Hotel Circular Economy Practices
Is an Aging Society a Threat or an Opportunity for Hospitality?
How to Improve Your Existing Customer Service Experience in 7 Steps
Open Letter to the Hospitality and Travel Industry
Customer Feedback on Hospitality Experiences: 5 Best Practices
Customer Experience Quality Assessment – the Essential Experiences
How to Spot Promising New Opportunities During Service Design