Is the Front Desk a Dinosaur?

Home/Is the Front Desk a Dinosaur?

Is the Front Desk a Dinosaur?

Should a hotel’s guest check in be more like the guest experience at an Apple Store?

The concept is not as farfetched as it seems.

There have been many ups and downs in the development of PMS software in recent years. But for almost all hotels, the fundamental process for interacting with guests through the PMS at check-in has remained fundamentally unchanged for decades: The guest arrives on property; waits in a line, sometimes for a very long time; and a front desk clerk buries his or head in a computer to check him in, produce room keys and try to take care of his other immediate needs.

But times have changed.

And the changes are being driven by consumers themselves.

In the past, automation was more associated with factory lines or robotics – or in the case of the hotel industry, with now-antiquated PMS systems.

Now, automation has come to be associated with consumer facing software that provides the ability to interact directly with back-office systems as opposed to going through a staff intermediary.

At StayNTouch, we think the implications of this are profound – and it begins with understanding what really constitutes excellence in “service” . . . and what does not.

First came personal computers (the word “personal” was important because before, these were business machines). Then came the Internet, which was really, originally, a professional academic tool. Then came laptops, smartphones, tablets and other innovations.

Very soon, we will be in the world of IOT (the Internet of things). So we have moved from a place where technology was the purview of only elite professionals, to a place where computers are used by 4 year olds everyday. Advanced computer technology and software have not only become de-mystified, they have become integral to our most routine, and most important, consumer experiences.

Their efficiency and ease of use has become expected in in our daily lives – from withdrawing cash at ATM machines, to automated flight check-in at airports.

The same is true for guests checking in at hotels.

It’s hard to ignore that at some of the most cutting edge, luxury hotels now opening across the country – consider Miami’s Faena, or 11 Howard in SoHo, NYC – have given up the front desk altogether, preferring to let guests check in the way they want to whether it be via tablet when they are picked up at the airport, on mobile phone on the way to the property . . . or via self-service when they arrive.

Consider this recent quote from the General Manager of 11 Howard:

“As a community hub that reaches out across all barriers in one of the world’s most open neighborhoods, we wanted to make the guest experience at our hotel completely open and completely mobile,” said Anis Khoury, general Manager. “Our mission is to serve guests where ever they would like to interact with us, in ways that give them complete freedom of choice – whether they are checking in via table prior to arriving at the property, or extending their stay from the comfort of their room without even picking up the phone.

In short, the way we interact with our guests should not just be driven by what has traditionally made the most sense for our businesses. It should be driven by providing what great hoteliers have always provided –personalized service that meets and even anticipates the needs of our customers.

That, after all, is what great hospitality has always been about.

But seriously, is it time to remove the front desk from hotels?

For a growing number of hotels, the answer is yes.

Take the front desk out of the lobby, and what do you have left?

And over and over again, that is what consumers are telling us they want. It turns out that for many travelers, the big granite front desk is really just a refuge for hotel staff. Hotel guests have no love for the front desk, and it generally proves to be an annoyance more than anything else. The job of the hotelier, increasingly, is becoming to facilitate the guests’ realization of their own experiences, conceived and constructed their way.

If this means that the front desk is going the way of the dinosaurs, so be it. 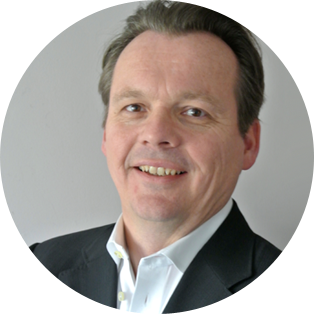 Jos has a 17+ year track record leading MICROS Systems, Inc. as a Senior Vice President in charge of global product development and strategy for the Lodging and eCommerce divisions. During his tenure, MICROS’ hospitality products became the global market leader growing the company’s revenues from less than $300 million to $1.1 billion. Jos was responsible for introducing a number of new products enabling MICROS to enter all hospitality segments from limited to full service hotels.

Driven by the need for hoteliers needs to raise service levels to respond to the needs of today’s guests and increase hotel revenues, StayNTouch delivers a cloud-based Hotel PMS and a suite of tablet-based solutions to optimize the existing PMS and make it mobile.

The company’s PMS Mobile Overlay brings mobility to both hotel staff and guests in order to drive guest revenue while enhancing the guest experience.

Via any tablet or touch device, Guest Service and Housekeeping have mobile access to PMS via a touch-optimized interface.  Guests, from their smart phone, can self check-in and out, view room bill and receive upgrade promotions.  StayNTouch dramatically streamlines operations and increases margins, and revolutionizes how the hotels connect and engage their guests and how guests experience their hotels.

StayNTouch partners with many of the most forward thinking brands in the industry, including MGM Resorts International, Yotel, Great Wolf Hotels and Resorts, Zoku Amsterdam and the Fontainebleau Miami Beach.