March 1, 2019 — With the recent opening of the massive Gaylord Rockies, many are wondering what the ultimate impact of the 1,501-room resort will have on the Denver, Front Range, and greater Colorado lodging market. We believe the impact will be largely positive. Competition for the 200- to 800-room block group, which previously and primarily only looked to The Broadmoor (Colorado Springs) or Downtown Denver to book, now have an alternative, which should intensify price competition in the near term. Despite this pricing dynamic, Colorado is a hugely popular destination for groups, and the opening of a new, upscale destination facility will only allow the state to capture more demand that was previously turned away due to a lack of capacity. Just prior to the Gaylord’s December 2018 opening, it was reported that over one million guestrooms had been reserved at the resort, some of which had been booked as far out as 2028, with more than 80% of the convention bookings from groups that had never booked in Colorado before.

Hotels located within the airport’s two primary submarkets are already benefitting from overflow-demand room blocks, at favorable rates aligned with the strong rates being charged at the Gaylord. During primary convention days at the Gaylord, rates in the airport submarkets will accordingly spike; this is caused by the need for additional rooms by convention attendees that do not want to pay the peak rate offered by the resort. These travelers will pay a rate modestly under this peak rate, but still notably higher than what the hotels would have charged before the Gaylord opened. This “Gaylord Effect” is similar to what was experienced in markets like Grapevine, Texas, before and after the Gaylord’s opening. 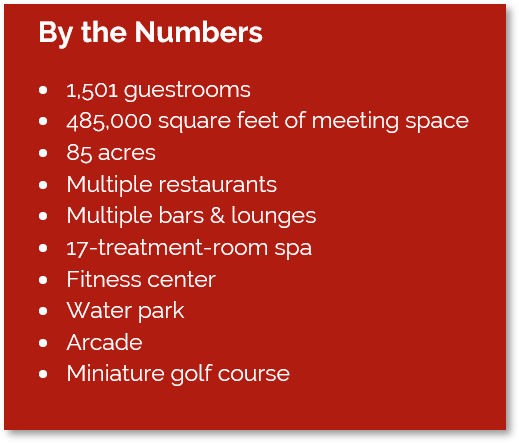 The Tower Road corridor submarket, which is the nearest to the Gaylord Rockies, encompasses 23 hotels (including the Westin Denver International Airport) featuring roughly 3,200 guestrooms. The Gateway Park submarket, located approximately four miles to the southeast of the Gaylord Rockies, features 17 hotels with roughly 2,500 guestrooms. In the years leading up to the resort’s opening, hotel managers within the Denver International Airport (DIA) market reported the need for overflow room blocks through 2020 to meet the needs of large conventions and groups at the Gaylord. While the overflow room blocks are expected to primarily benefit the Tower Road submarket given its proximate location, managers within the Gateway Park submarket also reported that they had been contacted for overflow room blocks. Given the DIA market’s strength, with historical annual occupancy levels in the high 70s and low 80s, hotel managers are expected to layer overflow room blocks with high levels of existing demand to achieve increased occupancy levels and drive average rate (ADR), which has increased throughout the market year-over-year since 2012.

In addition to the benefits presented to existing hotels in the DIA market, the area has become a focal point for hotel developers who will look to benefit from the presence of the Gaylord Rockies. Six new hotels totaling roughly 900 guestrooms are either planned or under construction within the DIA market. In addition, Marriott is considering the addition of a 300-room, full-service or select-service hotel directly adjacent to the Gaylord Rockies to service the needs of overflow room blocks.

The opening of the Gaylord hotel is also expected to indirectly affect the Denver Tech Center (DTC) submarket in Southeast Denver (along the Interstate 25 corridor). The full-service hotel inventory in the DTC includes 1,600 hotel rooms with nearly 150,000 square feet of dedicated indoor meeting space throughout the full-service hotels. Significant renovations in recent years at the Hyatt Regency Denver Tech Center, Marriott Denver Tech Center, and the Hilton Denver Inverness, as well as these hotels’ proximities to some of the Denver metropolitan area’s largest employers, will help minimize any significant impact. New supply that is under construction in this submarket is primarily limited-service, select-service, and extended-stay in nature, as rising construction costs are limiting feasibility of full-service construction. Nonetheless, two full-service hotels at Belleview Station and the Westin Greenwood Village are still on the table. This DTC submarket experienced almost no ADR growth in 2017 and 2018. While property-wide renovations and the conversion of the Inverness Hotel to a Hilton property (April 2017) likely contributed somewhat to the lack of ADR growth, the rate trends in Downtown Denver are causing a trickle effect in the DTC. As hotels in Downtown Denver position rates, particularly group rates, to be competitive with the Gaylord Rockies, DTC hotels, which have historically been viewed as a more economical option than Downtown Denver, are having to adjust rates accordingly in order to be appropriately positioned against the downtown properties. Going forward, ADR growth in the DTC is anticipated to be supported by the recently renovated properties, the continued ramp-up of the Hilton Denver Inverness under its new brand affiliation, and the overall growth occurring within the commercial and residential sectors. Nonetheless, ADR growth is expected to be limited and below inflationary levels over the next couple years, as the Gaylord Rockies and a myriad of additional new supply throughout the metropolitan region ramp up operations.

One of the major concerns to the Denver lodging market following the opening of the Gaylord Rockies is the impact that the property will have on the Downtown submarket’s ability to attract meeting and group demand. The Downtown submarket includes the Colorado Convention Center, which offers a total of 584,500 square feet of exhibit space on one level; 100,000 square feet of meeting space; two ballrooms encompassing 35,000 and 50,000 square feet, respectively; and a 5,000-fixed-seat lecture hall. Together, these spaces comprise approximately 769,000 square feet. In addition to the convention center, the Downtown submarket includes roughly 7,750 hotel rooms, featuring approximately 550,000 square feet of meeting space throughout the full-service hotels. As such, Downtown Denver has been an attractive location for both citywide conventions and smaller corporate meetings and events. While an influx of new supply over the last few years within the full-service segment has increased the area’s ability to host larger citywide events, the increase has also led to downward pressure on rates, resulting in limited ADR growth among the full-service hotels in 2018, a trend similar to that experienced in the DTC submarket. Going forward, demand is anticipated to keep pace with supply growth, a trend that has been evident since 2016; however, the presence of the Gaylord Rockies is expected to put additional pressure on ADRs for full-service hotels in the Downtown market that focus on meeting and group demand. In an effort to strengthen Denver’s position as a national citywide convention destination, an expansion plan was approved in 2015 for the Colorado Convention Center that would include a new, 80,000-square-foot ballroom; expanded pre-function space; and a new, 50,000-square-foot outdoor terrace. However, the expansion was put on hold in December 2018, and a timeline for the project’s completion has not been announced. If the expansion were to be completed within the next few years, Denver would be able to market itself as a premier citywide convention destination, similar to the likes of Houston, Orlando, Atlanta, and San Diego, which would in turn require less reliance on smaller groups and meetings (for which the Gaylord would likely compete).

While significant growth within the commercial and residential sectors has resulted in strong demand growth for the greater Denver market area, occupancy levels have remained relatively flat; moreover, average rate experienced below inflationary growth in 2018 for the first time in the last four years. The addition of the Gaylord Rockies should bolster RevPAR growth for hotels located in the DIA submarkets, which primarily consists of limited- and select-service hotels; however, continued supply growth and increased competition for capturing demand within the meeting and group segment are expected to result in limited near-term ADR growth for full-service hotels in the Downtown and DTC submarkets. While ADR growth is not anticipated to be as prolific as years past, the overall outlook for the Denver market remains positive, as sustained growth within the commercial segment will likely supplement any long-term demand losses related to the meeting and group segment as a result of the opening of the Gaylord Rockies. Finally, the outstanding popularity of the Front Range and state of Colorado as a group destination will ultimately absorb the property over the longer term, at which time all submarkets should experience a return to more substantial rate growth. 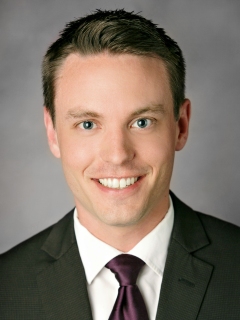 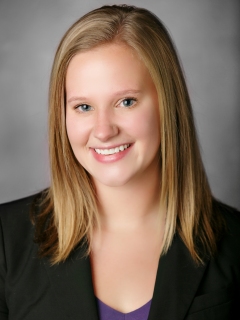