Although hotels have practiced some of the most fundamental basics of revenue management throughout the ages, such as adjusting rates according to seasonal demand patterns and planned special events, it is generally accepted that the modern era of RM began when hotels started copying the airlines yield management techniques they developed after airline deregulation. Although the lodging industry has since evolved its RM practices, there are still some opportunities for the industry to learn from our sisters in the travel industry.

Offer Partial Credit For Cancelled Advance Deposit Or Pre-Purchase Rates. Most hotel managers would agree that one of the hardest guest service situations is when one has to say “no” when a guest is calling to cancel a pre-paid booking at the last minute due to an emergency such as illness, weather or a death in the family. This is especially hard when there is documentable evidence such as a major winter storm that everyone knows has closed all the airports or when the caller offers to send a copy of a hospital admission, an obituary or death certificate. From what I hear, many managers end up giving in perhaps out of kindness or maybe just to avoid the negative reviews or social media postings. Also, revenue manages I know from destination resorts that charge full deposits 30 days in advance find that their policies can be a barrier, especially in situations such as this past winter when the Northeast US was experiencing one blizzard after another and potential guests were justifiably afraid they would not be able to fly out to their destination when the time came so they held off booking to the last minute. (Meanwhile, revenue managers at these resorts dropped rates at the last minute since the demand had fallen below expected pace.)

As I recall, when airlines first introduced their advance purchase rates they were likewise completely non-refundable. However most all now allow the passenger to receive a partial credit to use during a future flight. True, you might incur a $150 penalty on a $325 ticket, but it does take some of the sting out of the situation when a true emergency comes up. It also removes some of the barrier to committing in advance.

Allow Cancellation Within The First 24 Hours. Although it was due to a new government regulation a few years back, airlines started to allow a passenger to completely cancel a future reservation within 24 hours after it was booked and receive a full refund without penalty. Similarly, destination type resorts with strict (full stay) deposit and cancellation penalties, as well as any hotels that have stringent deposit requirements for special event dates, could remove barriers to booking now by allowing guests to cancel within 24 hours of booking, so long as their dates are far enough out (say 30+ days of arrival.)

Offer Fees For Confirming Room Requests. Although many hotels sell rooms by very specific type or view, plenty of other hotels lump a diversity of rooms into the same category. We all know that airlines charge extra for those seats at the front of the plane or in exit rows. Why not offer guests the option of paying a reasonable fee to “confirm” special requests such as for connecting rooms, low floors, specific locations (near the pool, near the front desk)?

Offer For-Fee Early Check-ins and Late Check-outs. Another fairly new fee airlines charge is for the right to board early, or for an expedited security clearance line. Yet most hotels only offer early check-in and late check-out “by request.” Why not market an option of paying a fee for a “confirmed” early arrival or late departure?

Note: It is understood that the above suggestion would require organization and coordination with the rooms division to ensure that rooms are blocked in advance and also that the housekeeping team could ensure that enough rooms were ready early and/or cleaned late in the day. However, with today’s property management systems this is more reasonably managed than in years past and could be “inventory controlled” so as not to oversell the requests. Also, if the hotel were not able to honor the confirmed service the fee could be refunded. After all, we as an industry “confirm” room reservations and then sometimes end up walking guests as we are overbooked.

Offer Upgraded Food and Beverage Items. This next suggestion is more for the mid-market and “focused service” hotels that offer complimentary breakfast. (Since full service hotels offer restaurants and room service.) Just as most airlines include basic beverages and – if you are lucky – peanuts or pretzels for all passengers but charge extra for that can of Pringles or box of M&M’s, hotels could offer upgraded food options in addition to the basic breakfast included in the rate. Why not put some box lunches to go on the breakfast bar for an extra charge? Or offer standard coffee free but sell the Starbucks K-Cups at a higher rate? Based on my experiences, the hotels that already offer their own mini convenience store could generate more sales by adding additional items that guests really want and need. Examples include healthy snack bars, low fat ice cream, and distilled water (for CPAP machines), and universal phone chargers. 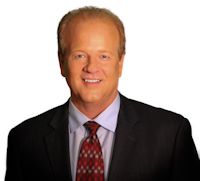 Doug Kennedy is President of the Kennedy Training Network, Inc. a leading provider of customized training programs and telephone mystery shopping services for the lodging and hospitality industry. Doug continues to be a fixture on the industry's conference circuit for hotel companies, brands and associations, as he been for over two decades. Since 1996, Doug's monthly hotel industry training articles have been published worldwide, making him one of the most widely read hotel industry training authors in the world. He is the author of Still On The Road to Sales and Guest Service Excellence. Visit KTN at: www.kennedytrainingnetwork.com or email him directly: [email protected]