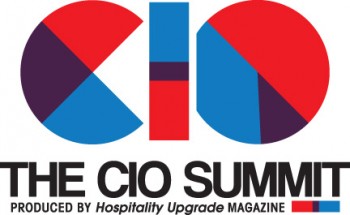 ATLANTA, July 31, 2018 – Hospitality Upgrade Publisher and President Rich Siegel today announced the next recipient of the John Cahill student seat will be Juan Jesus Trevino, a student of the Conrad N. Hilton College of Hotel and Restaurant Management at the University of Houston. The upcoming CIO Summit will be held Sept. 5-7, 2018, in Seattle. 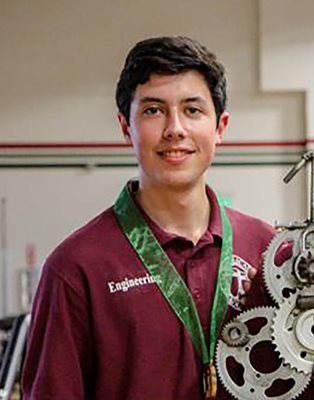 “With a stellar academic background and good hospitality and IT work experience, we believe Juan has a bright future and solid potential in hospitality technology ahead of him,” said Dr. Agnes DeFranco.

After graduating from a magnet high school with advancement placement, Trevino decided to attend his local community college for one semester to finish all the required core classes. He obtained his associates degree in one semester at South Texas College with a perfect 4.0 GPA before transferring to the University of Houston. With only one semester’s work at UH, and wanting to know about the many facets of the hospitality industry, he joined the HFTP Cougar Chapter and the Texas Restaurant Association Cougar Chapter at the Hilton College, and the Undergraduate Real Estate Scholars association at the business college. In the summer of 2016 and 2017, Trevino contributed in a major network upgrade at Arenas Del Mar, an 80-room resort hotel in Tampico, Mexico. This project involved rewiring and installation of new devices throughout the property.

Mr. Trevino is studying hotel and restaurant management with plans to graduate in May of 2020.

The creation of the John Cahill Honorary Seat was a special addition to the annual CIO Summit. Each year one student is awarded an exclusive invitation to attend the CIO Summit in Mr. Cahill’s honor. Hospitality Upgrade first announced this special addition at the John Cahill Memorial Reception at HITEC 2016 in New Orleans. “When the CIO Summit was in its early stages, John was committed to being there and to help make it a success,” said Rich Siegel. “John attended our very first CIO Summit in 2002 and he encouraged others to join us. He was a true advocate for the industry and hotel technology.”

The John Cahill Honorary Seat is awarded to one distinguished student from a selected university or four-year college with a hotel program. This student is recommended by his or her professors as an individual with great potential in the hotel technology industry. The selected student will be given an exclusive opportunity to network and learn beside our industry’s best and brightest technology leaders for the duration of the CIO Summit.

John Cahill was a hotel technology professional, industry leader, mentor, father and friend. Over the course of his career, Cahill was the CIO for three hotel companies – ITT Sheraton, InterContinental Hotels and The Denihan Hospitality Group. Cahill’s list of industry contributions is extensive, including co-editing the inaugural CHTP exam in 1995. Cahill was inducted into the HFTP International Hospitality Technology Hall of Fame in 1993, and was an HFTP Global Past President (2001-2002). Above all, Cahill was a mentor. Hospitality Upgrade’s Rich Siegel wished to see his memory live on by presenting one student each year with an exclusive opportunity to attend an otherwise closed-door, invitation-only CIO Summit, allowing the student to sit in John’s seat for the two-day event. “It’s something we know John would have loved,” Siegel said.

The previous recipients of this award include inaugural recipient Spencer Rung, a 2016 graduate of the Penn State School of Hospitality Management; and the 2017 recipient, Andrew Trupia, a graduate of the University of Nevada – Las Vegas who is currently working at the Beverly Hills Hotel.