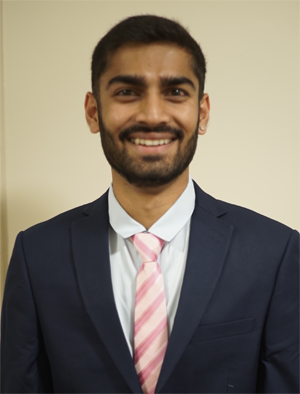 ATLANTA, July 23, 2019 – Hospitality Upgrade Publisher and President Rich Siegel today announced the next recipient of the John Cahill student seat will be Smit Patel, a graduate student of the Boston University School of Hospitality Administration program. The upcoming CIO Summit will be held Sept. 4-6, 2019, in Boston. 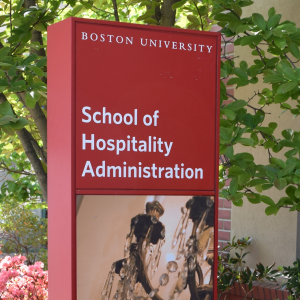 “Smit possesses a keen interest in learning all aspects of the hotel ownership and asset management disciplines. He has strong aptitudes in project management and sales modeling, and he has used his technical, operational and interpersonal skills in several roles already, including hotel sales intern and assistant manager of a property,” said Leora Halpern Lanz, graduate chair in the hospitality management department at BU.

A native of India, Patel grew up in San Diego, with schooling in Pennsylvania and now Boston. He graduated from the Smeal College of Business at Pennsylvania State University in Spring 2018. A business student with a major in Innovation and Entrepreneurship, his work experience in hospitality led him to pursue a master’s degree in Hospitality Administration. Patel hopes to one day own hotels.

The John Cahill Honorary Seat is awarded to one distinguished student from a selected university or four-year college with a hotel program. This student is recommended by his or her professors as an individual with great potential in the hotel technology industry.

The John Cahill Honorary Seat was created in memory of industry leader, technologist, mentor and friend John Cahill, a big supporter of the CIO Summit from its inception in 2001. Over the course of his career, Cahill was the CIO for three hotel companies – ITT Sheraton, InterContinental Hotels and The Denihan Hospitality Group. Cahill was an active leader in Hospitality Financial and Technology Professionals (HFTP), with his contributions including co-editing the inaugural Certified Hospitality Technology Professional (CHTP) exam in 1995.

Above all, Cahill was a mentor. Hospitality Upgrade’s Rich Siegel wished to see his memory live on by presenting one student each year with an exclusive opportunity to attend an otherwise closed-door, invitation-only CIO Summit, allowing the student to sit in John’s seat for the two-day event. “It’s something we know John would have loved,” Siegel said.

The previous recipients of this award include inaugural recipient Spencer Rung, a 2016 graduate of the Penn State School of Hospitality Management; the 2017 recipient, Andrew Trupia, a graduate of the University of Nevada – Las Vegas who is currently working at the Beverly Hills Hotel; the 2018 recipient Juan Jesus Trevino, a student of the Conrad N. Hilton College of Hotel and Restaurant Management at the University of Houston.

About The CIO Summit

The CIO Summit is produced by Hospitality Upgrade and powered by HFTP. It is a unique, invitation-only event for chief information officers from hotel brands, management companies, cruise lines, gaming and independent hotels. This year’s CIO Summit will be hosted in Boston, Mass., on Sept. 4-6, 2019.