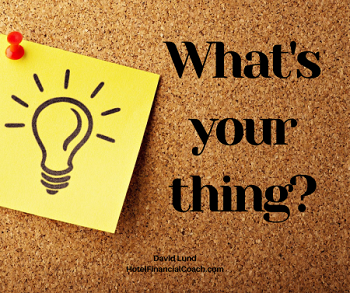 As I write this piece, I am proud to say I am 58 years young. So far, my life has been great. Many challenges to overcome like anyone and many bumps in the road for sure. Someone once said that success is simply going from one disaster to the next and the trick with that is no stopping to lament on the carnage left behind.

That might be a little tongue and cheek, but you get the point. Things happen to us all and our ability to move on and keep going without the permanent thoughts about what happened and why, I believe is the key to my life. That does not mean I do not learn from my mistakes, but it does mean I go easy on myself and most importantly, I try and use my imagination to move on and keep going. Never do I dwell on the past, never.

This piece is about the first fifty years and then hopefully the next fifty as well. I was speaking at a conference in Wisconsin a few years ago. After my piece was over a gentleman approached me.

He complimented me on my content and presentation and then he said, “You know, David, what you are up to is magic. Like me, I can see you spent the first 50 working for someone else and now you have turned the corner and the next 50 is for you.”

That statement had me somewhat speechless.

We talked some more, and he explained that he was let go from his tax accounting position when he was 49. There was a dip in the economy and his firm took the option to release him. He had taken it hard for a few weeks until one morning he woke up and wrote the first page of his book.

That first page changed his life because he could then see what was possible.

He had worked for years perfecting and polishing his knowledge around tax issues for country clubs. Many of which operate as a tax-free entity as long as they walk the tight rope ever so carefully around their financial behavior. What he knew was all the rabbit holes that club managers and boards fall into with tax issues and that was the idea for the book he was going to write.

From his supposed failure at work, aka, being let go, he created a thing. That thing in the beginning was just an idea for something that was missing, a book about club tax. What he did was make that simple idea into something that had a whole life of its own, as long as he was willing to keep writing. Soon he had the book complete and sold his first copy.

Sales were slow in the beginning, but he persisted and then the magic happened. Tax codes change. They are constantly being updated by the IRS. One day a customer who purchased the book the previous year gave him the idea that changed everything.

“Can you send me an update?”

Now he continues to sell the book, the current tax code for clubs, the do’s and don’ts for a nice price and every customer now pays a nice annual subscription to receive those all-important updates. All of this happened because he got fired and he used his situation to imagine a thing.

Then he took the first step, then the next step and he just kept walking. Today he is still walking.

Life for him is about learning something and then taking that knowledge and putting his own spin on it. Simple and something that I think anyone with some stubborn determination could do as well, as long as you are willing to not give up and go back to the day-to-day world of working for someone else.

That message from him to me on that day was incredibly timely and helpful. I was turning a corner with my thing and at that point it did not look so great and a lot of what I could see was not working. Sales were slow. Clients were few.

But I took from him that day an important inspiration. That was the observation he had that my work was needed and all I had to do was continue.

So that is what I did…and do.