Heart of a Lion: The Harsh Reality of Entrepreneurship

Home/Heart of a Lion: The Harsh Reality of Entrepreneurship

Heart of a Lion: The Harsh Reality of Entrepreneurship 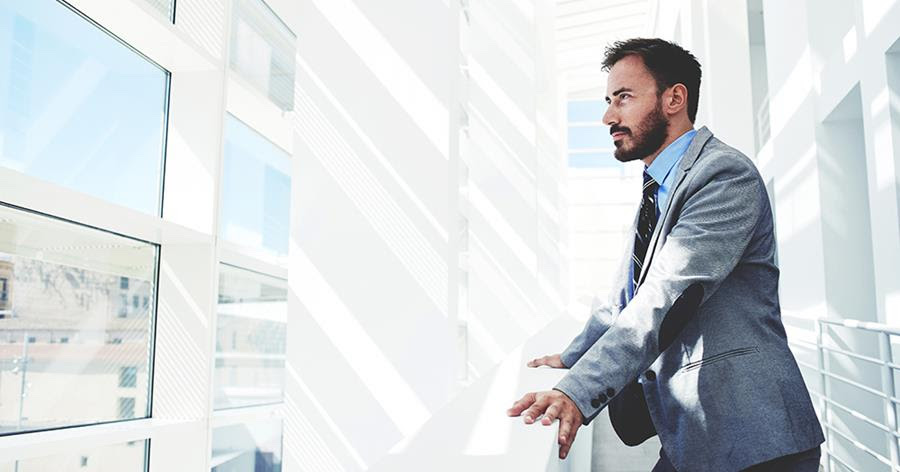 There are a billion different reasons which drive people to become entrepreneurs. Some people are driven by a desire to help people and some people just want to go for money. I don’t think Jeff Bezos thinks about money at all and I don’t think Bill Gates did either.

I truly think Jeff Bezos was consumed with efficiency and providing more things at a lower cost. I think Bill Gates’ dream was putting a computer on every desktop in the world and imagining the increased standard of living if everyone could have open access to education.

Whatever the reason, the reality is the same for everyone, whether it’s romanticised by the business press or not. We often see some young darling company that was an idea, got early funding and clearly everybody there has heavy stress. The more money they get, the bigger the gun is at the back of their head as they work 24/7.

He said: “Some of you are enamoured with the idea of becoming an entrepreneur. If you do, you will lose sleep, always be on the edge between success and failure, have to resort to paying employees with funds from your credit cards, and even mortgage your house as security for your company. You’re never going to get to a place when you think you’re there because you’re going to be all consumed by forces.”

I honestly think it was one of the most terrifying moments of my life. At the time I never dreamed I’d become an entrepreneur, and later I found out he was right about it all. I never dreamed that would become my life.

As national and global economies cope with current struggles, young people today won’t have the luxury of choosing whether to be an entrepreneur or not, as they used to do. The path for many has been reduced to ‘work with what you’ve got’ because old Mississippi wisdom says ‘you would if you had to.’

At first, you come out with the heart of a lion. Along your way make sure you keep a strong faith, because you’re going to get worn down and compromised.  You’re going to get acclimated and become risk averse. If you can keep your faith and surround yourself with positive role models and possibilities, you can hold the vision. If your business is slowing, ask yourself  ‘Am I thinking big enough?’

There will be times when you want to quit, but just don’t. `Stay true to your heart and make it to the next day, then repeat, and repeat.

My dad would say: ‘You’re just going to have to outlast. Just keep going’.

Magnuson Hotels, headquartered in London UK and Spokane WA stands as a top 20 global chain. Founded in 2003, Magnuson Hotels gives independently minded hotel owners a way to achieve global brand support at a fraction of the cost of traditional franchise chains. In 2019, the company outperformed the USA STR RevPAR by 10X. In 2020, Magnuson Hotels outperformed the USA hotel index by 3X by moving to a 100% focus on serving essential services workers across secondary tertiary, rural and highways markets of the USA. Customer groups staying in Magnuson Hotels include construction, transportation, medical, government and public safety.

Thomas Magnuson co-founded Magnuson Hotels as a home based business with his wife Melissa in 2003. Today, Magnuson Hotels is a top 10 global hotel chain representing 1000 hotels across 3 continents. Headquartered in London UK and Spokane WA, Magnuson Hotels has become the fastest growing hotel brand in history, adding more new hotels in the last 10 years than 8 of the top 10 chains combined. Magnuson Hotels’ newly formed global alliance with Chinese operator Jin Jiang Hotels forms a consortium of over 6,000 hotels worldwide, equal to the size of a top 5 global hotel chain. Thomas Magnuson is a Graduate of Harvard Business School, Pepperdine University School of Business and Tufts University.

Reducing Friction Makes You Money
The Do’s and Don’ts of Selecting the Right Hotel Technology Partner in 2021
Hospitality Technology and Forced Migrations: A Bad Break-Up Story
HSMAI Perspective: Problems With the Pipeline
How to Upsell 101: Too Much Choice Can Lead to No Choice
Enliven Offerings With Social Media, Luxury Hotels Urged
Hospitality Financial Leadership: Moving Part 2
The ER Strategy 2.0: Small Improvements Add Up
Is Your Hotel Barking Up the Right Tree?
HEADTRASH: The Leading Killer of Human Potential
Small Company: Big Technology. Compete Against the Big Boys From Your Garage
Stay or Leave? Internship Stress and Coping Strategies in the Hotel Industry
New Paper From WTTC Shows Importance of Travel & Tourism in Driving Global Economy and Enhancing Social Progress
The Show Starts When the Phone Rings
In Employee Compensation, You Get What You Pay For
Key West Most Expensive U.S. Destination for Presidents Day
Changing Rules for a Changing World: Why Doing Good Is Now Very Good for Business
Is Togetherness the Next Destination for Travel?
Hotel Sales for Today’s Remote Buyers Requires More Than “Steps,” “Funnels,” “Wow,” and FAB Phrases
Hospitality Financial Leadership: Serving Lunch