Local Market Growth: A Return to the Lost Skills of Filling a Hotel

Home/Local Market Growth: A Return to the Lost Skills of Filling a Hotel

Local Market Growth: A Return to the Lost Skills of Filling a Hotel 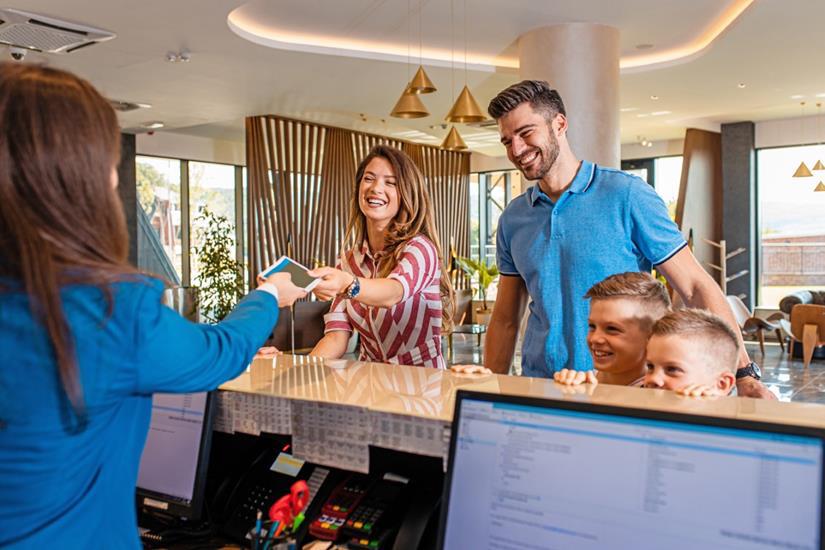 April 1, 2022 – We have been trained in recent years to fear the word ‘artisan’. Hoisted over your favorite coffee house, bakery or even rug shop, it usually means that you’re about to pay significantly more than you would normally budget. But you feel good about it, because even if you secretly like instant coffee more, you’re supporting skills which otherwise might be lost. You feel that you’re making the world a better place.

And the fact is that – coffee making aside – we are losing skills all the time. If we in the hotel sector were to look back into the not-too-distant past, we would find a whole set of abilities which have been thrown away in the name of convenience. Abilities which would not cost us money, like our almond-milk half-fat decaf mocha, but make us money.

Cast your mind back to a time when you didn’t book your hotel room using your smartphone, but a phone which plugged into the wall. In order to bring itself to your attention, that hotel had drawn on hundreds of years of carefully hewn – artisan, one might say – skills. A knowledge of the local market, of the tides of travel, of who was building what and where were key to driving your bookings.

In the aftermath of 9/11, the sector was in shock, much as we all were. Global travel had been battered. The closure of the skies, however short lived, had made people fear that they could get stranded in another country. A sudden increase in security checks made the experience more complicated and time consuming. Hotels saw occupancies dive.

In stepped the online travel agents, promising rooms filled with, in the main, the bargain-hunting leisure guest. And charging 25% commission on top, if you were very unlucky and many were. With panic the order of the day, the OTAs weren’t used to plug last-minute gaps, but to fill whole hotels. Owners quickly started complaining that they were paying for OTAs and for brands and the brands started to feel that they were not on solid ground.

In response, the global operators started to act more like the OTAs and hunted for their own digital solution to filling hotels; book direct campaigns fueled by loyalty programs. These frequency platforms rewarded the road warrior, creating what they hoped would be a closed ecosystem. All the brands you could ever need, but please don’t stray from our hotels.

The owners complained about the price of the loyalty programs, but were told that it was fine – they were bringing in the corporate market and they paid more than leisure. And the long-term bonus was that, once they were part of the program, they’d never leave. Don’t think about the cost of acquisition of that one loyalty guest, think of it spread over a lifetime of stays.

So hotels had two things to moan about, and moan they did. The pandemic served to exacerbate their complaints, as well it might. Like so many trapdoors, the business guest suddenly vanished from view and with them the argument about the value of loyalty programs.

Even before the outbreak, the programs were far from established. In February 2020 Marriott International’s CFO, Leeny Oberg, said that the relaunch of Bonvoy meant that there had been “meaningfully higher” redemptions than the previous year. She said: “In 2018 we saw the loyalty program be net cash positive, this year it was several hundred million of a net cash user, as a result of the introduction of Bonvoy. There was some pent up demand from our customers, there were also some marketing expense. You saw a fairly unusual pattern for the program, we are confident it will be much less of a cash user in 2020. Introducing peak and off peak will help manage the program and get it to where it behaves more like it has in the past.”

In the event, the company was able to raise $920m in cash through its credit card partners, including $350m through the pre-selling of loyalty points. So the programme proved its worth to the brand, but, with none of that cash flowing through to the owner, it remained a cost.

The pandemic meant an increased reliance on the OTAs, now that the leisure guest was the only guest. IHG and Hilton both admitted an increase spend on the OTAs, having neglected that relationship in favor of the corporate traveler.

There has been much wringing of hands. But wouldn’t it be easier to draw on those book-building skills from the days before digital distribution?

In the space of 20 years, much of the hotel industry has moved from a profession of careful and proactive market building to one of reactivity. Impulsive reactions seldom produce good results.

Think about your operation – are you an order taker or an order maker?

Because the hotel industry is an industry 2000 years old, Magnuson takes pride in old school local market building methods because they work, they are sustainable, and they are profitable for the hotel owner.

At Magnuson we look at each individual hotel and search for those guests others overlook, guests bringing an ROI through the door. Every hotel has a natural base of long-term customers tied to its location and unique service.

Every hotel has its own edge on local essential bustiness travel segments such as government, educational, transportation, construction, energy, defense, technology, industrials.

These customer segments take work to develop. But it is important to understand that to make a life or business that stands, it must be built one brick at a time.

And with the money hotels make and save, why not add toffee syrup to that coffee?

Magnuson Hotels is a global flag which offers a variety of routes to market for owners, both branded and unbranded, at a fraction of the cost of traditional franchises, underpinned by the Magnuson Cloud, a comprehensive technology solution which includes global distribution. Magnuson Hotels never requires renovations, but insists upon an aggregate review score to meet guest expectations.

Hoteliers Can Regain Industry Control
Post-Covid Hotel Growth Sector – Odds Now on Independents and Non-Traditional Brands
Hospitality Financial Leadership: The First Fifty
Belfast Seeing a Surge in Spring and Summer Bookings
India Hotel Occupancy and ADR Top Pre-Pandemic Levels in Mid-April
The Day I Became a Customer Service Expert and Two Important Lessons
2022 Update: EB-5 Is Back! What Every Real Estate and Hotel Developer Needs to Know
Tourism Tidbits: Working for a Safer and Happier Tourism Industry
ADA Defense Lawyer: Does Your Hotel Have an Electric Vehicle Charging Station?
Reasons to Make Books a Guestroom Feature
Business Opportunities: Is the Metaverse the Right Way to Go?
Rearranging the Communications Hierarchy in the Post-Pandemic
CRS + PMS = SUCCESS!
Keeping the Promise: Why 2022 Is the Year of Hotel Worker Safety
What Is Servitization?
Rethinking the Gift Shop as a Part of a TRevPAR Strategy
Inclusivity Is the Key to Gender Diversity: Open the Door Please!
Travel Brands Need to Use Social Media to Directly Engage With Younger Cohorts
Until the PIPs Squeak
Never, Never, Never Be Late