With almost 1,500 18-hole equivalent golf course closures over the last 10 years and six million fewer golfers according to the National Golf Foundation (NGF), is it realistic to consider that the highest and best use of a Texas golf range that only managed $310,000 in gross revenue and 25,000 annual customer visits is still a driving range – albeit not your grandfather’s driving range?

Topgolf developers thought so, and in 2007 transformed the 50-stall Hank Haney Golf Range at Park Lane Ranch in Dallas into Topgolf Dallas, a 72-bay golf entertainment complex that bridges the gap between the traditional driving range and a favorite neighborhood hangout. In three years, the renovations and expansion increased visitation by a factor of eight, revenue by a factor of 24, and tripled the revenue per visitor. While more analysis would be needed to determine whether a next-generation driving range is truly the highest and best use, it passes the test of financial feasibility with flying colors.

What is a Golf Entertainment Complex?

The concept for a golf entertainment complex was created in England by two brothers who wanted to improve their golf game. They designed and patented technology that allowed microchips to be implanted into the golf ball for sensors to track and provide real-time feedback. After deploying the technology, they found an overwhelmingly majority of non-golfers and families started to come and treat it like a game.

They tweaked the concept to address the demand, and Topgolf was born. Players aim for green-sized, dartboard-like targets that are scattered throughout the 240-yard field and are awarded points depending on where the ball lands. Essentially, golf meets darts. Players choose from a variety of games that concentrate on different skills such as distance, accuracy, or the short game. Unlike a traditional driving range where players buy a bucket of balls, driving range bays are rented by the hour at a cost of $20 to $45 depending on the time of day and day of week.

A New Spin on the Golf Experience

According to a 2015 NGF survey, negative perceptions of golf as a stuffy gentlemen’s game have contributed to its decline in popularity among younger generations. However, turning a driving range into a social event has proven to be the right combination. Golf entertainment complexes are being built near business parks or office space to capture corporate demand and in shopping and entertainment districts to attract parties and leisure visitors. The concept has proven especially popular with the Millennial generation, which comprise over 50% of visitors.

Topgolf has reported that its 24 locations have a combined annual attendance of over eight million. Nine locations are in development with plans to expand to 50 locations by 2017.

Topgolf’s golf entertainment complexes are approximately 65,000 square feet and require between 12 and 15 acres of land. The first U.S. locations, like the Topgolf Texas, were converted from existing driving ranges and had development costs of $5 million to $7 million. The following table shows EPR Properties’ initial costs, excluding real estate and technological development for 10 Topgolf locations.

Topgolf does not release its financial statements; however, we estimate that golf entertainment complexes are able to generate between $10 million and $25 million in revenue per year with 50% to 60% of revenue generated through food and beverage sales. While Topgolf currently does not plan to expand through franchising, other companies are entering the golf entertainment complex market. Newcastle Investment Corporation and Taylor Made Golf Company announced plans to create Drive Shack, a chain of next-gen golf ranges with locations across the United States and internationally. Origin LLC also has plans to open a golf entertainment complex, Skybox, and is searching for a location.

Looking Toward the Future 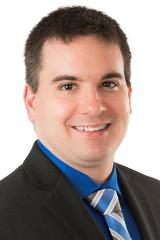 John Burke is an Associate at Hotel & Leisure Advisors, a national hospitality consulting firm. He performs appraisals, feasibility studies, impact studies, and other consulting reports for hotels, resorts, waterparks, golf courses, amusement parks, casinos, conference centers, ski resorts and other hospitality assets. During his career, he has analyzed hundreds of markets throughout the United States across a variety of location types. John received his Bachelor of Science degree in Business Administration from the University of South Carolina with a major in accounting and minor in hotel, restaurant, and tourism management.

Request for Proposals to Be a Management Company for Under-Construction High-End Boutique Hotel and Private Golf Club in Southwestern Virginia
Hotel Market in Grand Rapids Continues to Boom
Waterparks: Growth Trends in 2019
Hotel Growth Continues in Major Ohio Markets
2018 Waterpark Forecast: Expansion
Data Reveals Risks, Prospects Facing US Hotels in 2018
Hoteliers Take Note as Social Entertainment Venues Innovate
Convention Center Hotels Boost Both Supply, Demand
Highlights from the National Association of Sports Commissions Symposium
Houston Hotel Market: Will 2017 be Up or Down?
The Financial Impact of Hotel Renovations
Request for Proposals to Develop a Proposed Hotel in Union Township, Ohio
Gaming a Winning Bet in Ohio
Measuring the Economic Benefits of Tourism
Request for Proposals to Develop a Proposed Hotel in Fox Lake, Illinois
How Hoteliers Can Handle a Minimum Wage Jump
One Drop at a Time (Part Two)
One Drop at a Time
Indoor and Outdoor Waterpark Supply Continues Growth as Surf Simulators Take Center Wave
Winning the Stay to Play Game