Giving Your Concierge A Digital Upgrade

Home/Giving Your Concierge A Digital Upgrade

Giving Your Concierge A Digital Upgrade 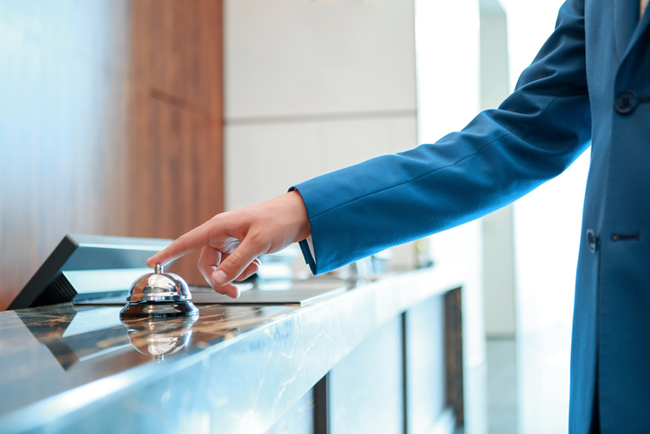 With the modern traveler glued to his or her phone, why would such a guest bother to consult the concierge instead of simply performing a Google search or looking on a resourceful travel website like TripAdvisor or Yelp? With mobile apps capable of offering a similar amount of information about the local area as any single person can, does this not make the concierge obsolete?

This topic stems from a grievance that multiple general managers have brought to my attention with no clear answer in sight. The concierge is a core operation for any hotel in the upscale or luxury segments as well as a hallmark of service. Yet, if fewer people come to use it, how will hotels demonstrate their superior worth to guests? Moreover, regardless of what the star or diamond rating might dictate, shouldn’t you just replace this waning operation with one that is valued by modern travelers?

Just as these online aggregate systems have come to usurp the traditional role of the concierge, the answer is to adapt the concierge by both giving it a technological boost and by expanding the role to include even more of a personal touch. The following are some ideas I’ve suggested and that may work if you too are suffering from this problem.

What I’ve found applies here is the adage, ‘out of sight, out of mind’. Most arriving guests don’t even think to ask the concierge because they haven’t been educated to know that that is an option. Hence, your challenge is to find ways to better inform your customers about all the bastion of knowledge that is your concierge team and to build a sense of rapport so that people are comfortable in seeking out these team members for anything and everything.

As a start, the concierge has typically been seen as a ‘passive’ service – it’s there if guests need it, but they must reach out first. Instead, any PMS can be engineered to send out a pre-arrival email or to ping a manager to give a pre-arrival phone call. While not route these tasks to the concierge desk? In this sense, a member of the concierge team would be assigned to each guest and a tailored note could then be attached with that team member’s picture to the pre-arrival email. That way guests know who these individuals are, and it will help to establish a personal connection so guests aren’t intimidated when approaching their designated concierge with requests.

One other piece of information to include in this initial welcome – electronic or otherwise – is the concierge’s cell phone number with some sort of ‘text me anytime’ phrasing inserted for good measure. While I would always recommend calling over texting for proper rapport building, the latter is far more in line with how the world works nowadays. That is, a guest is more likely to text a request than to phone it in. Obviously, there are some logistical issues with implementing a text-based system such as whether the phones are company-issued or how to redirect messages when that specific team member is off the clock. Regardless of these, any traveler would greatly appreciate having a local insider only a few presses of the thumb away.

The next point of contact is when the guest first arrives – something that technology has again helped by allowing a direct sync between the PMS and flight arrival times. If you know roughly when a guest arrives, it wouldn’t be too hard to arrange for a concierge to be present at the front desk for an in-person greeting, thereby amplifying the rapport and level of comfort. And if you aren’t so lucky to know the exact arrival time, then a front office protocol could be put in place whereby the designated team member is immediately notified by the corresponding front desk clerk who might also set up a time for a quick face-to-face introduction.

I note that some hotels in the luxury class are taking advantage of this by having a member of guest services reach out in advance of arrival. But, typically, this is done just 48-72 hours prior to arrival, rather than well in advance offering true service options such as theatre ticket bookings.

A third point of contact where the concierge can make his or her mark pertains to welcome or departure gifts. Although slightly less applicable because of the small cost involved, for high-end hotels these are becoming all but mandatory. For welcome gifts, normally these are left in the room with a handwritten note from a manager. Instead, why not have the assigned concierge deliver them to the door a short time after the guest has gotten settled? This ‘surprise and delight’ tactic might also spark a fun conversation whereby the hotel can learn a bit more about what’s needed or wanted for this specific trip, and then make any necessary arrangements. And if departure gifts are given out, consider having the concierge hand it over along with the corresponding front desk clerk.

Clearly, there’s some work involved with any of these tactics in terms of getting all the protocols in place. However, just as nearly every other operation has had to change in the face of technological influencers, so too must your concierge. My hope is that, with this as a start, your concierge’s utility will persist no matter how many mobile apps or review websites come into use for travelers.

One of the world’s most published writers in hospitality, Larry Mogelonsky is the principal of Hotel Mogel Consulting Limited, a Toronto-based consulting practice. His experience encompasses hotel properties around the world, both branded and independent, and ranging from luxury and boutique to select-service. Larry is also on several boards for companies focused on hotel technology. His work includes four books “Are You an Ostrich or a Llama?” (2012), “Llamas Rule” (2013), “Hotel Llama” (2015), and “The Llama is Inn” (2017). You can reach Larry at [email protected] to discuss hotel business challenges or to book speaking engagements.

Wine as a Quick Win for Hotel Revenues in 2023
Five Principles to Guide Hotel Tech Evaluations for 2023
Wine in Nine Steps for Revenues in Autumn 2022
‘Accelerate 2022: Maestro PMS’s In-Person Users Conference’ Helping Hoteliers Thrive & Navigate Change in the New Normal
Cost-Efficient Hotel Operations Doesn’t Necessarily Mean Cost Cutting
The Travel Surge Highlights the Need for Great Prearrival Communication
Lessons for All From a Five-Star Travel Recovery Trip
Vast New Profit Opportunities With Integrated Business Intelligence
Ten Hotel Possibilities for the Metaverse
Why Wellness Versus Illness Matters as a Hotel Profit Center
Should Hotels Complete a Reserve Fund Study
Looking Ahead to Where Hospitality Can Be in a Decade
Four Creatively Destructive Forces for the Hotel Industry
Seven Tips to Stop Associate Churn
Ten Tips to Maintain Hotel Restaurant Margins During Ongoing Inflation
How Labor Shortages Can Impact Hotel Reviews and Long-Term Growth
Why Hotels Must Pay Attention to the Longevity Revolution
Will Hotels Evolve at the Extremes?
Travel Recovery Starts in the Lobby Bar
Before Covid and After Covid