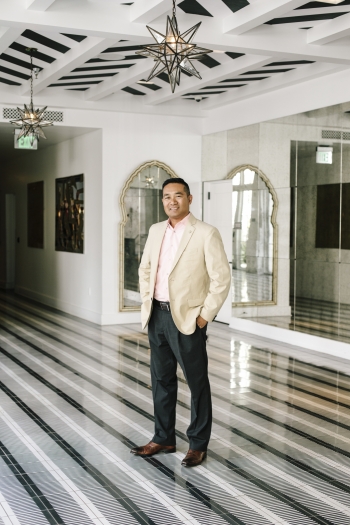 In his new role as Executive Vice President, Nocon will manage all aspects of the day-to-day operations including sales and marketing, revenue management, spa, guest rooms, food and beverage and catering of all three properties. He will also be responsible for acquisitions and growing the hotel portfolio for Foley Entertainment Group, a service organization established in 2021 by Bill Foley that operates the Foley Family’s growing portfolio of entertainment and hospitality properties.

An industry veteran who joined the Hotel Californian team in 2013, Nocon originally served as General Manager of the urban, luxury hotel destination, managing its development from construction through to opening in 2017. An active advocate for Santa Barbara’s hospitality industry, Nocon is a board member for Santa Barbara TBID and is on the Santa Barbara South Coast Chamber of Commerce’s Hospitality Committee.

Please let us know if we can share any additional details on Nocon or if you’d be keen to start up any sort of Q+A.

About The Foley Entertainment Group

The Foley Entertainment Group is committed to providing five-star service and experiences to its fans, guests, customers and clients. Established by Bill Foley in 2021, FEG operates the Foley Family’s growing portfolio of entertainment properties, which is highlighted by the Vegas Golden Knights of the National Hockey League; the Henderson Silver Knights of the American Hockey League; the Vegas Knight Hawks of the Indoor Football League; two community hockey facilities; the 6,000 seat Dollar Loan Center venue in Henderson, Nevada; the Vegas Golden Knights Foundation; Hotel Les Mars and Chalkboard Restaurant in Healdsburg, California, Hotel Californian and Blackbird restaurant in Santa Barbara, California; Whitefish Mountain in Whitefish, Montana; Black Walnut Inn & Vineyard in Dundee, Oregon; a number of other assets; and any future acquisitions.