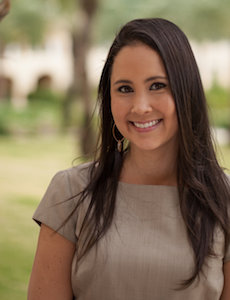 “I am very pleased to announce Sadira’s new position at our resort,” said Mr. de Bekker. “She has been and continues to be a rock in the catering sales department, and has actively earned the respect and appreciation of both her co-workers and customers. She is a true model of excellence in all she does.”

This appointment represents a promotion for Sadira Baetens, who has been on the staff of Santa Barbara Beach & Golf Resort for six years, previously serving as associate director of catering and convention services. Prior to joining the resort, Ms Baetens held the position of catering sales manager for the Renaissance Resort & Casino located in Willemstad, Curaçao.

Sadira Baetens is a graduate of INHolland University in Amsterdam, Netherlands. She resides in Curaçao.

Benchmark Resorts & Hotels® features the finest in lodging, dining, recreational and meeting accommodations. Featuring unique and distinctive properties renown for exceptional service and for creating unforgettable memory-making experiences, it is the signature portfolio of BENCHMARK®, a global hospitality company, which has been a leading US-based hospitality management company for nearly 40 years. Many Benchmark Resort & Hotels' properties are certified by IACC, the association that represents the finest meeting venues and services globally, and many have also been recognized with the coveted Benchmark Conference Centers® certification of meeting excellence. www.benchmarkresortsandhotels.com. To become a fan on Facebook, visit www.facebook.com/BenchmarkResortsandHotels Follow us on Twitter at https://twitter.com/BenchmarkHotels, on Instagram at www.instagram.com/benchmarkresortsandhotels, and on Pinterest at www.pinterest.com/benchmarkhotels

Located at Santa Barbara Plantation, the 350-room Santa Barbara Beach & Golf Resort is Curacao's premier luxury resort. Managed by BENCHMARK®, a global hospitality company, the resort features sweeping water views, white sand beaches, a full-service Atabei Spa, a 24-hour fitness center, three pools, four restaurants and a dive and water sport facility. It is also home to Old Quarry – the 18-hole Pete Dye-designed championship golf course named as the #1 golf course in the Caribbean by USAToday’s 10Best – plus 38,000- square-feet of indoor and outdoor meeting space, the largest on island. Part of a 2,000-acre luxury resort community nestled along Spanish Water Bay, the resort is just 25 minutes from the island’s capital city of Willemstad. For additional information and reservations, visit www.santabarbararesortcuracao.com or call +5999-840-1243 or 1.855.590.2266. To stay up to date on the latest news and happenings, follow on Twitter and Instagram at @SBRCuracao and Facebook at www.facebook.com/SBRCuracao.